The concept could not only help in providing forage, shelter and nesting places for local bees and birds, but also play a pivotal role in conserving local wildlife 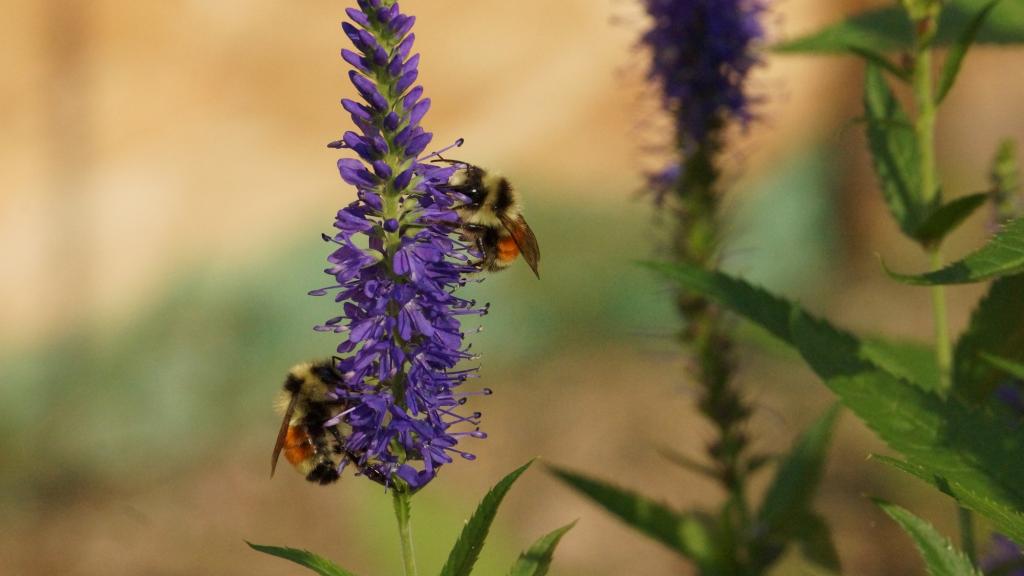 Most bee species globally, including in North America are declining due to anthropogenic activities. Photo: Heidi Selzler

Pollinator insects play a huge role in achieving cross pollination in a wide diversity of crops and plants that are important to both, human ecology and economy.

Three distinct global industries namely agriculture, forestry and  apiculture are directly and indirectly dependent upon pollination services provided by biological agents or vectors such as different species of insects, molluscs (such as snails and slugs), birds (like humming bird species) and mammals (such as bats).

Insects such as bees, moths and butterflies, certain species of flies, beetles, wasps and ants play a significant important role in cross pollination in various important crops and plant species.

Among insects, bees play the most important role in providing pollination services to a wide diversity of plants on which we are dependent for maintaining the stability of both our ecosystem as well as our global economy.

However, it is quite unfortunate that honey bees, particularly, the native bees, are demonstrating an alarming decline around the globe due to a number of anthropogenic factors.

According to researchers from around the planet, some of the causal factors cumulatively adding to the global bee decline include:

Like all other continents, North America too is being impacted by this alarming decline of bee populations causing panic in the agriculture, apiculture and forestry industries spread across the continent.

The loss of huge colonies of honey bees negatively impacting apiculture; and more importantly native and endemic bee species from the continent being almost pushed towards the verge of extinction.

Therefore, it is quite important that a comprehensive bee conservation platform be developed with new insights and technologies to help conserve farmer-friendly insect pollinators like the honey bees and native bees.

Recently, an applied research organisation named Farming Smarter from the Canadian province of Alberta has come up with a simple, innovative, low cost, long-term, sustainable and environment-friendly, field-level initiative and concept called a ‘pollinator sanctuary’.

A pollinator sanctuary can prove to be a powerful technology in the field of pollinator insect conservation, with special emphasis on honey bees and native bees. The Pollinator Sanctuary project is funded by the well-respected provincial funding programme titled ‘Canadian Agricultural Partnership’ to investigate a new sustainable and innovative technology platform for bee conservation.

The project has been demonstrating promising results by simply using various combinations of locally-grown, annual and perennial crops and wild flowers to establish a small, plot-based pollinator sanctuary in southern Alberta, western Canada.

The idea behind using various crop species with varying and overlapping flowering periods has been to increase the bee foraging period beyond the short agricultural season of the prairies.

The experimental plots, with their various crops having different flowering periods and with a continuous and uninterrupted supply of nectar and pollen have been highly successful in attracting a rich biodiversity of local insect species.

These include pollinators like honey bees, native bees (like bumble bees, solitary bees, leaf-cutter bees and others), as well as other pollinator-friendly moths and butterflies, beetles and flies, ants and wasps in large numbers.

Furthermore, such multi-species annual/perennial crop combinations can serve as cover crops, prevent loss of top soil, hydrate the soil better, help in soil reclamation and could even be used for controlled and uncontrolled animal grazing when used in pastures and rangelands.

The unique crop combinations are being called ‘pollinator mixes’. They could be used in the following areas:

Commercial use of high quality pollinator mixes in establishing pollinator sanctuaries can not only help in successful conservation of pollinator insects like bees; but could substantially contribute in building ecological niches, thus enriching local biodiversity.

Pollinator sanctuaries could not only help in providing forage, shelter and nesting places for local bees and birds; but could play a pivotal role in conserving local wildlife to broadly helping in creating small, self-sustainable natural ecosystems and in building a better environment for our future generations.

This new innovative model will be a success in conservation and could be useful for Indian conditions too. Involving farmers, crop producers, rangers and gardeners, artificial ecological niches could help further enhancing the biodiversity of a mega-biodiverse country like India, rich with endemic flora and fauna.

The future is certainly challenging; but, together we could find new and innovative ways like Farming Smarter in Canada to create a better environment for humans and nature together. We need to remember ecology and economy now must work hand in hand for our better future.

(Saikat Kumar Basu works as a freelance journalist and is passionate about issues related to ecology and environment that impact and influence the global conservation of forests, wildlife and biodiversity)