The future of Indian agriculture lies with ‘atmanirbhar' farmers 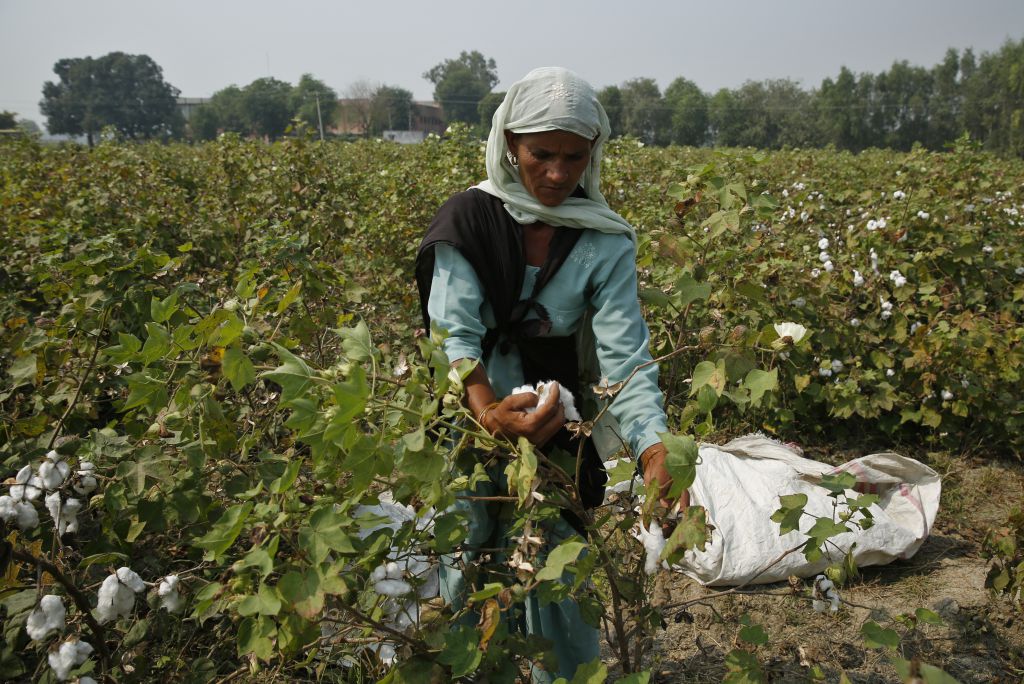 The three contentious farm laws have forced us to think about the future of agriculture in a largely agrarian country dominated by small and marginal farmers. The prevalent chemical-intensive, monocrop-based, market-purchased-input dependent model has not only failed to benefit majority of the farmers but has also proved to be an ecological, social and financial failure.

Genetically modified crops have led to increased use of agrochemicals, failed to sustain the yield gains and increased control of corporations through intellectual property rights. Promoting unregulated private trade of farm produce is a part of the same paradigm.

India’s centuries-old farm practices are based on the principles of sustainability, innovative, hard-working and entrepreneurial farmers. Agro-ecology-based farming and its large network of scientific institutions combined with political will can certainly change the direction of farming in the country.

The paradigm shift has to begin with changing the mindset of policy makers from production-centric to sustainability-focused. They have yet to gain confidence in agro-ecological model of farming.

Recent attempts by NITI Aayog are welcome but unfortunately, they are primarily based on faith rather than science and evidence. India needs a good blend of wisdom of our traditions and techniques generated through globally used sustainability-focused science.

Unlike the green revolution, technological package under agro-ecology cannot be uniform. Each farm is unique. So, farmers should be exposed to some basic principles of agro-ecology and simple techniques, and then left free to experiment, innovate and implement what suites the local conditions.

Experience of the Krishipandits of immediate post-independence period, who were getting record yields with the use of local seeds and chemical-free techniques a decade prior to the green revolution, never became a part of syllabus in agricultural universities. Great scientists like Albert Howard, who appreciated the richness of traditional Indian agriculture a century ago, are still unknown to most of our farm scientists.

It is time to correct this mistake. We need to consider implementing a programme of re-learning farm sciences with a systematic approach and with help from successful agro-ecological farmers.

Knowledge system of our immensely talented farmers is dying under the influence of agro-input dealers. It was recently found that by providing credit, thousands of farmers around Muniguda (Odisha) were tempted to cultivate illegal herbicide-tolerant cotton along with uncontrolled use of toxic pesticides, polluting pristine forest.

Does this not amount to luring them in to a debt trap? Agro-input companies need to be regulated better urgently.

While farmers must have freedom to sell their produce to anyone they wish to, it should be a level playing field. During the last decade, most states have allowed private mandis, facilitated contract farming. Encouraging farmer producer organisers (FPO) and farmer-consumer markets eased interstate and e-trading though in a regulated manner.

Unregulated free trade, however, has led to distress, especially for small farmers in other countries. There is no reason to believe that such unregulated private market will bring different outcomes in India.

Even in India, there are enough examples showing failure of free market in states like Bihar and in the sugar industry. The diverse nature of Indian agriculture and its agri-markets can be better managed by respective state governments.

‘One size fit for all’ is an ill-advised change. Priority should be given to farmer-friendly marketing approaches like farmers’ market, farm shops and value addition at farm or village level.

FPOs are also not easy to set up everywhere. Difficulties start with convincing the farmers to cooperate, registering the FPO and complying with the official requirements.

Generally organic farmers are better placed to sell their produce but there is an urgent need to invest in ‘ease of doing business’ for farmers and their groups by giving exemptions in taxation and regulation. Farmers cannot be left at the mercy of private companies without strengthening their bargaining power.

Private companies should be regulated through licensing, transparency, bank guarantee, technology verifications, minimum support price, farmer-friendly conflict resolution mechanisms, compulsions related to infrastructure development and capping their procurements and stockings. There is certainly no place for corporate farming in the Indian context.

With the shrinking size of land-holding, co-operative and collective approaches seem to be the most viable option. The fruit, vegetable and sugar co-operatives in south Gujarat provide good examples.

APMCs need to be better regulated and guarded from influence of political powers.

All agro-ecological farmers need special incentives not only in lieu of subsidies on chemical fertilisers, which is around Rs 4,500 per hectare per year but also for providing ecological services like higher carbon sequestration, reducing water and energy use, improving soil health, conserving rain water, conserving bio-diversity through mixed cropping, live hedges and crop rotations as well as for not polluting environment.

Why do we need multinationals to convert potatoes into chips? Agro-processing as well as production of various kinds of microbial and botanical products is not rocket science and can be easily done at farm/village level with little scientific training and investment. It can employ millions of rural youth.

Seeds bred locally are the best bets. Seed-breeding famers, especially women, who are the real inventors and conservators of our seed heritage, need encouragement.

There is a great scope to recycle nutrients and energy contained in the biomass by implementing scientific composting programmes with the help of special microbial inoculants and small machinery in villages. Urban areas should return the nutrients drained from agricultural soil. Biogas-manure plants, from farm to city levels, need special boost. Locally available agri-inputs will reduce the cost of production and farmers’ money will circulate locally.

Most crops responded positively to organic practices and produced the same or higher yield (by 4 per cent to 14 per cent) after the conversion period of 2–3 years, according to studies conducted by Indian Council of Agriculture Research on organic farming.

This confirms the experience of thousands of farmers of almost all states including heartland of chemical farming like Punjab and Haryana, where many organic farmers did not have to compromise on yields along with reduced market dependence. They also managed to stay away from debt traps.

The large-scale adoption of organic farming in government and NGO programmes in Maharashtra, Andhra Pradesh and Telangana is proof that we have the requisite institutional capabilities as well.

Agro-ecology-based farming is not a fantasy; it is a well-established profession based on progressive science and technology. India can even lead global agriculture to this path.

The current farm protests should open our eyes and this should be considered as the ‘Tamasomajyotirgamaya’ moment of Indian agriculture whose future lies in true spirit of Atmanirbharata.

(With inputs from Rajinder Chaudhary from Kudarati Kheti Abhiyan in Rohtak)