The lure of 10 million jobs a year

Employment in agriculture has increased. Will it lead to shed the belief that agriculture will not be able to employ further? 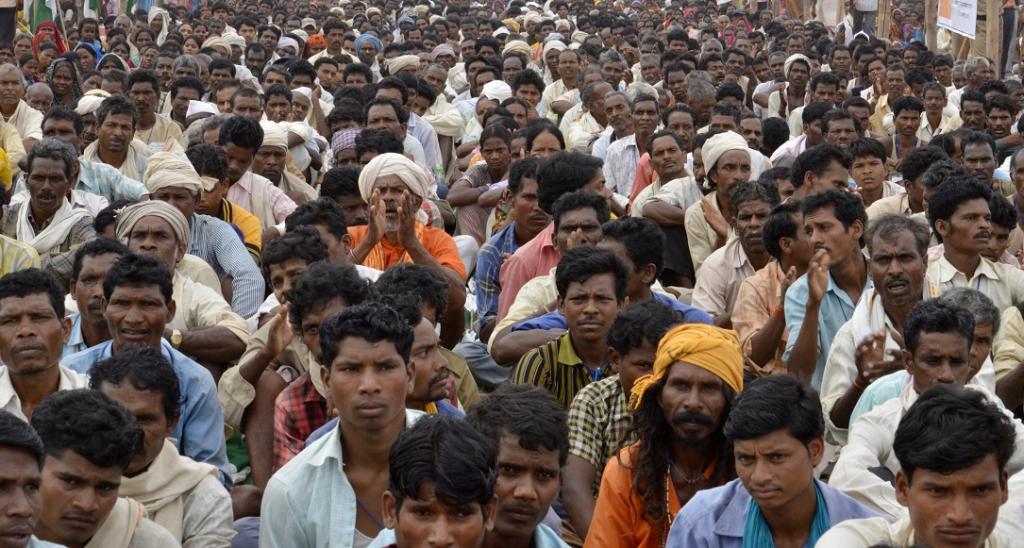 Farmers at a Jan Satyagraha in Gwalior in 2012. Photo: Wikimedia

The latest data of the Centre for Monitoring Indian Economy (CMIE), a non-government research agency, points out an interesting trend in employment in India. An increasing number of people are joining agriculture for employment in a shift from non-farm sectors like manufacturing and other informal jobs.

Also, the economic collapse due to the impact of the novel coronavirus disease (COVID-19) pandemic has led to huge losses in jobs in non-agricultural informal sectors.

In the last one-and-a-half years, people have returned to villages and have taken up cultivation. Agriculture has been the only sector that reported a decent growth in 2020-21.

Mahesh Vyas, the managing director of CMIE, writes analysing this data, “It is a sign of distress in the labour market where non-agricultural sectors are unable to provide employment and labour is forced to shift to agriculture.” He calls it an involuntary reverse migration from “factories to farms”.

Migrating people from farm to non-farm sectors has been the key strategy of India to provide livelihoods to the largely informal workforce. And there has been a consistent outflow of people from agriculture.

All this assumed that a critical transition was happening to ensure decent employment. It was also regarded as a sign of economic growth, finally leading to job creation.

Thus, the CMIE report comes as a shock. We are now in an employment situation that we have been encouraged to transit from since decades. Agriculture lost favour with people because it has not been remunerative.

Also, this sector has already plateaued in employment generation capacity. Irrespective of all these, agriculture still employs over 50 per cent of the country’s workforce. Vyas says it is an economic distress as many more millions have rejoined a sector that has an average wage of Rs 291 per day.

Other sectors not creating employment and agriculture being a sector where people are joining out of distress will have another political ramification. The National Democratic Alliance (NDA) government has promised 10 million jobs a year as well as doubling farmers’ income by next year. At the current rate, both seem to be not happening.

This reminds one of a development some 20 years ago that brought unemployment into focus. Rather, this set in motion the strategy that agriculture would not be further able to create employment.

In 1999, the ruling NDA led by the late Atal Bihari Vajpayee first promised 10 million jobs a year. He set up a Task Force on Employment Opportunities under Montek Singh Ahluwalia to suggest ways to achieve this.

Ahluwalia submitted the report in 2001. It gave the verdict that in the future, agriculture would not be a job creator anymore. An annual economic growth of nine per cent would lead to creation of jobs anyway. We have not achieved that kind of consistent economic growth and as data points out, economic growth per se has also not created jobs as expected.

There was another development that escaped everybody’s attention in 2002. Prime Minister Vajpayee also set up another task force called the Special Group on Targeting Ten Million Employment Opportunities Per Year.

This was headed by SP Gupta, a former member of the erstwhile Planning Commission. Its findings were a contrast to the Ahluwalia one. It maintained that the agricultural sector was a ‘gold mine’, with the potential to create at least 11 million jobs over five years.

It emphasised horticulture, floriculture, agroforestry, minor irrigation and watersheds among others as labour-intensive, high-value areas. These are the same ways that the Modi government is focusing on doubling farmers’ income.

But the moot question is: How will India be fully employed? The debate over farm vs non-farm needs a fresh look. Jobless growth is happening but the farm sector has beaten this trend in recent years. It shows that agriculture might not have lost all its potential. It just needs a new political deal to revive.