Can gasification be the solution to crop burning?

Every tonne of biochar produced from gassification can yield 600-650 litres of transport fuel. At Rs 40 per litre, this amounts to Rs 24,000- 26,000 worth of fuel per tonne of biochar. (Photo: Abhimanyu Singh)

The smog that covered Delhi for more than two weeks since October 31 may have dissipated but everyone knows that the respite is temporary and will get worse as long as rice stubble is burnt in the fields of Punjab and Haryana. 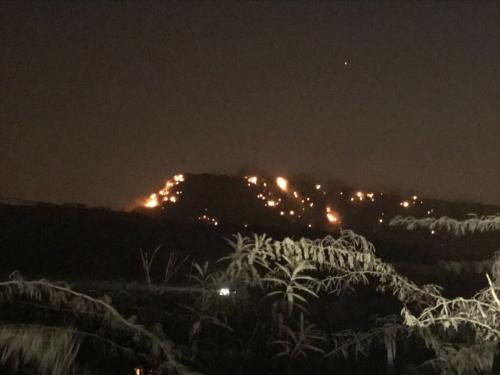 Neither state governments nor the Centre is aware that this threat can be used as an oppurtunity to improve rural employment as well as industrial growth.

Since farmers sell only a third to two-fifths of the entire crop, the remaining waste is ploughed back into the soil, stored as emergency cattle feed, or burnt. The key to check crop burning is utilising the whole crop through a technology, called biomass gasification (see below). 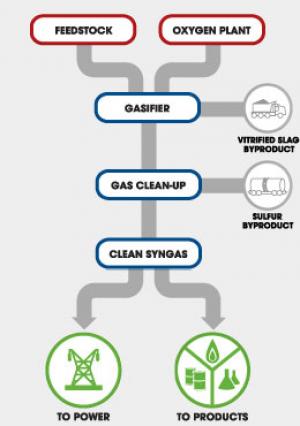 Thanks to technological advancements, every type of biomass can be gasified, and the composition of the synthesis gas adjusted to produce whatever transport fuel at relative ease. Since crop residues, such as wood waste, black liquor from the paper industry, bagasse and sugarcane waste are already transported by the farmer to the mills, they can be fed into gasifiers easily. But transporting rice and wheat straw, cotton and lentil stalks is not economically feasible, so they need to be gasified close to where they are grown.

Each village can set up its own air-blown gasifier to convert straw into biochar (see image on the left). This is the first step which also produces large amount of lean gas, that can be used as cooking fuel.

The remaining bio-char consists between 60 and 70 per cent of carbon and has virtually no sulphur. It has properties very similar to coking coal and hence, is a good substitute for it in the blast furnaces of steel plants, which are running out of coking coal all over the world.

Formed into briquettes, it can be transported fairly long distances economically to large modern synthetic fuel plants for conversion into transport fuel.

In 2016-17, each village produced 1,500 tonnes of rice and 2,250 tonnes of straw and stubble. To provide a constant stream of lean gas and bio-char briquettes, it will need to gasify an average of 7 tonnes straw a day.

The Energy Research Institute has designed a commercial gasifier with a capacity to gasify 10 tonne straw for approximately Rs 5,00,000/unit. This can gasify not only the rice straw but other crop residues. So far, 10 licensees have sold close to a 1,000 such units.

Punjab will need more than 12,000 such units and an investment of Rs 600 crores ($100 million). Large scale production will, however, bring down the cost and raise their quality and reliability.

The first stage gasification of rice straw will yield 6 to 7 million tonnes of biochar a year. Selling it to industry will pose no problem because of the bottomless demand for high grade, sulphur–free coking coal from the steel industry. Steel plants are buying imported coking coal at Rs. 22,000 a tonne.

If biochar briquettes command even half that price in villages, the gross revenue of a farmer with 4 ha of land-the average in Punjab-will rise by Rs. 75,000/year. Since there is no additional cost in using crop residues, their net income will double.

What farmers in Punjab do with rice, and surplus wheat straw, can be done by farmers in the rest of India with these and other crop residues, such as coconut husks and shells, maize stover, cotton, lentils and oilseed stalks.

Many cities abroad have begun to replace garbage incineration plants with gasifiers. India too can skip incineration and convert syngas into CNG, methanol or diesel. Gasification can reduce India's dependence upon imported oil for transport fuels, reducing our import bill by a third. India's transport sector will become carbon-neutral and hence, can become a leader in the battle against climate change.