Previous attempts to ensure a sustainable food security project have failed in Nigeria. Will this one too? 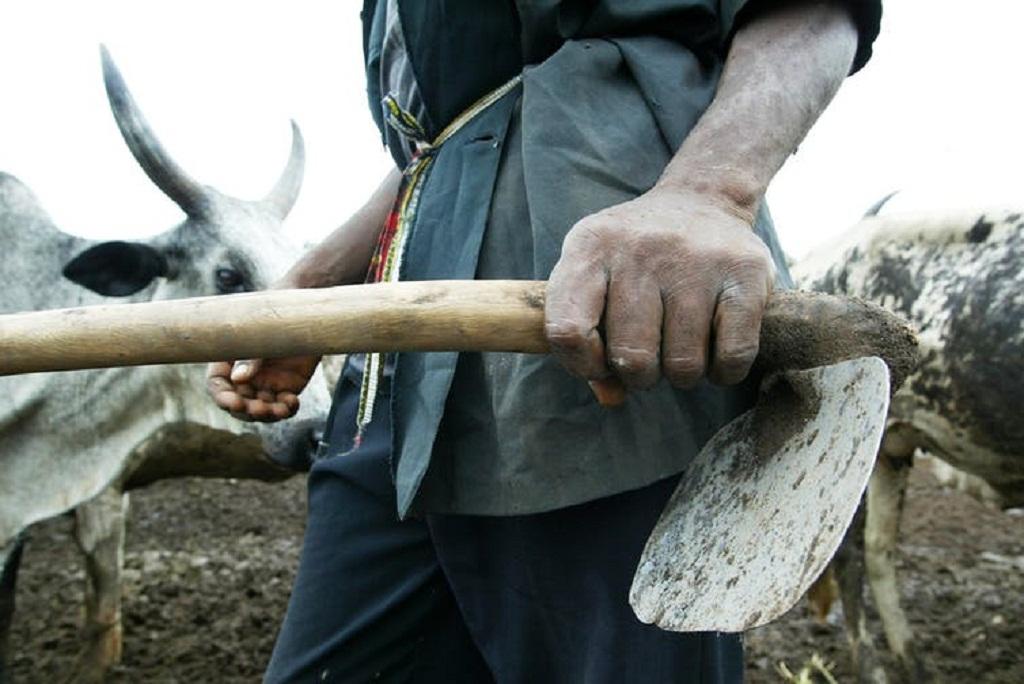 Nigeria’s President Muhammadu Buhari has established a National Food Security Council to address challenges in the country’s food and agriculture sectors. Food security is a huge problem in Nigeria. It ranks 84th out of 119 countries on the 2017 Global Hunger Index, coming in just below the Republic of Congo.

If a person is food secure it typically means that sufficient quality food is available, they have enough resources to buy food for a nutritious diet and they have stable access to adequate food at all times.

Buhari’s newly established council and agriculture policy show that his administration is committed to promoting national food security. But the council is made up only of government officials who have busy schedules and lack firsthand experience in the food and agriculture sectors. This, along with the lack of an action plan, will prevent the task force from achieving its objectives.

I have designed a five-point plan which could guide the council’s strategy. It includes engaging a range of stakeholders, coming up with solutions to the food security challenges and advice on proper execution. These steps would ensure that a sustainable food security project is set up, unlike past attempts which failed because they weren’t implemented effectively.

Civil conflict is one of the leading causes of food insecurity, affecting food and agriculture. In Nigeria the conflicts are Boko Haram’s insurgency, conflict in the Niger delta and clashes over resources between Fulani herdsmen and farmers.

Current data on the exact number of people affected by the civil conflicts is unavailable. But what is known is that farmers and livestock have been killed, crops destroyed, and farming communities displaced.

Conflict in the Niger Delta, originally due to tensions between foreign oil corporations and minority ethnic groups, have also affected the country’s food security. Artisanal small-scale fish farmers from the Niger Delta produce about 50 % of the fish consumed in Nigeria. Exacerbated by oil spills and overfishing, the conflict hinders access to fish which contributes about 40% of the animal protein intake in Nigeria.

In addition to the man-made causes of food insecurity, natural events – like flooding, desertification, drought and erosion – have contributed to poor conditions for agriculture, land degradation and overall decline in agricultural productivity.

Small-scale farmers – with less than two hectares under cropping – produce about 90% of the food in Nigeria. Unless they employ sustainable farming practices to protect land, water, soil and genetic resources or precision farming practices, which would make them more resilient to the natural events, small-scale farmers won’t be able to produce enough food to feed their families or meet public demands.

By 2050 Nigeria is projected to become the third most populous country in the world, after China and India. The ability to consistently meet food demands of the growing population is crucial to food security.

Another dimension of food security is nutrition, since a balanced diet is vital for good health and well-being. This is another big challenge Nigeria faces.

For 68% of Nigerians living on less than USD$1.25 a day, there may be less of a focus on nutritional content as priority is placed on purchasing the cheapest food – which isn’t always nutritional – for survival. In contrast, some of the remaining 32% Nigerians living above the poverty line may prefer to consume unhealthy processed and ready-made food.

Both situations result in deficiencies in essential micro-nutrients, leading to malnutrition. However, poverty is not the only cause of malnutrition. Other causes include ignorance, poor food preparation or preservation techniques and poor sanitation.

The proposed framework of action below outlines my suggestions on how the council could achieve its objectives and avoid the failures of previous similar initiatives. It is inspired by Nigeria’s paradoxical reality: it has the human and natural resources required to solve its food security challenges, but it hasn’t put them to use.

Identify and engage with a range of stakeholders. This includes; government officials, academics, private sector actors, civil society organisations, farmers, farmers’ organisations and retailers. Carefully select competent stakeholders to be represented on the council, ensuring they have a real voice.

Brainstorm for solutions to the food security challenges. This should be followed by comprehensive research and analysis which will inform the strategy design. Some of these ideas include; looking at national security issues, job creation, research and dissemination of knowledge on sustainable agricultural practices and use of technologies, development of agricultural value-chains as well as circulation of knowledge on nutrition.

Set goals to deliver impact and design a model that measures progress against the goals. Ensure that a time frame is laid out for when they must be executed.

Strategically implement the goals across Nigeria.

Following these five steps could contribute to fulfilling the president’s council objectives. It could also move Nigeria towards meeting the Sustainable Development Goal of ending hunger, achieving food security and promoting sustainable agriculture by 2030.