Why climate change studies on rice production are important in Wayanad 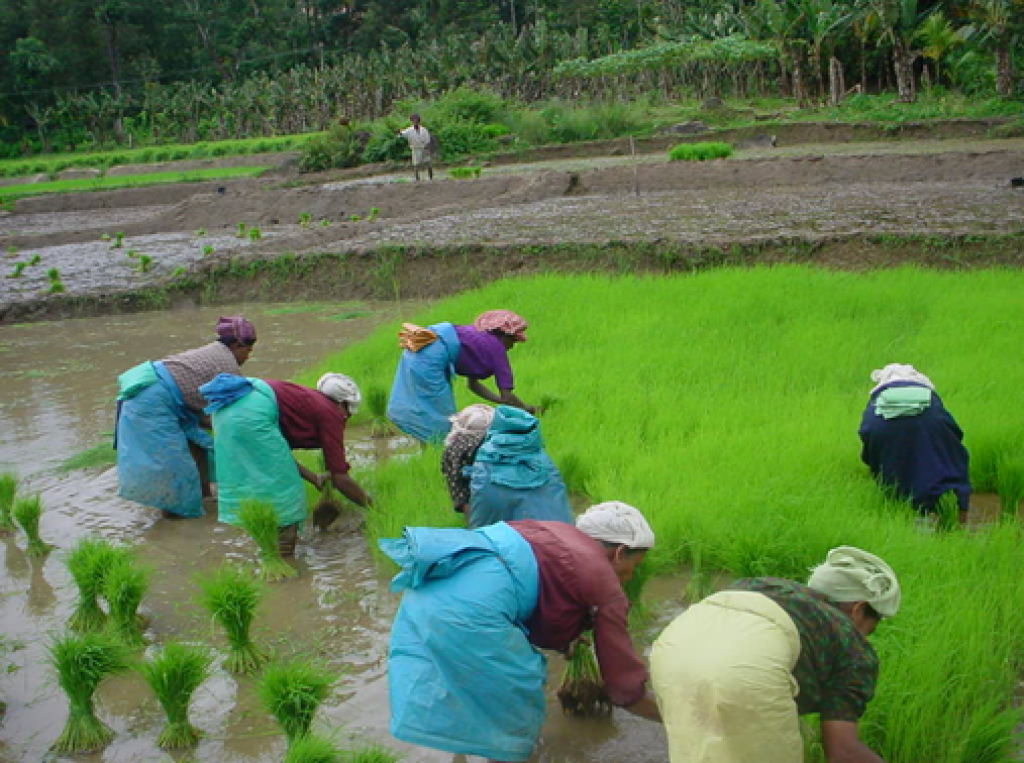 Farmers opt for completely organic farming practices for scented rice varieties such as Gandhakasala and Jeerakasala, in order to preserve their fragrance.

Food security is closely related to crop yield; if the reduction in the yield continues, it intensifies global food crisis.

An analysis carried out in ‘A handbook of transdisciplinary approaches to agro-biodiversity’ talked about a prominent change in Wayanad region from an agrarian economy centred on staple food production to a region of cash crops and plantations.

Rainfall variability, along with other factors such as lack of water availability owing to an increase in runoff, as well as reduction of groundwater recharge, influence a farmer’s decision whether to transform paddy fields for other crops.

The highest rice productivity in recent years was recorded in 2018-19 for both seasons. 2018 was the year of severe floods in Kerala, yet productivity of rice was at an all-time high. Farmers claimed that during the time of severe floods, great amount of alluvial soil was deposited in paddy fields.

This could be a reason for a higher rice production; no scientific study, however, has been carried out to prove the same. A report on the assessment of agro-biodiversity loss by Kerala State Biodiversity Board, 2019, stated that the Wayanad floods severely damaged cash crops. But farmers recovered the loss by using short duration or high-yielding varieties (HYV) of rice.

It is also important to mention that irrigation facilities and introduction of high-yield rice varieties may have caused an increase in rice productivity, partially making up for the declining area under paddy.

The special report by Intergovernmental Panel on Climate Change showed 0.5 -1.2 degrees Celsius rise in temperature in India by 2020 and a projected temperature of 0.88-3.16o C by 2050. It also projected an increase of 15-40 per cent in rainfall by the end of the 21st century.

This is a matter of concern; reports show that ground water resource quantity decreased by 42 per cent in Wayanad from 1989 to 2009. Due to its topography, a unique climate is observed that is quite distinct from the climate of the neighbouring regions. This stresses the importance of conducting a study on the impacts of climatic variables on rice production.

The consequences of climate change in rice yield, however, are not similar all across India, according to a research paper titled Climate Change and India’s Future Rice Production: Evidence from 13 Major Rice Growing States of India.

Among the rice-producing regions, southern and eastern regions offer more scope to increase production. Since not all regions in the district have access to or means to benefit from irrigation, water availability is a major concern.

If a similar trend of reduced area of cultivation continues along with economically driven decision to replace traditional varieties with high-yielding varieties, wealth of traditional rice varieties of Wayanad could be severely threatened.

Adequate scientific studies on climatic impacts on rice production in Wayanad should be carried out so that farmers can opt for varieties that easily adapt to the existing climatic conditions.