Why Indian farmers need a robust relief and compensation mechanism 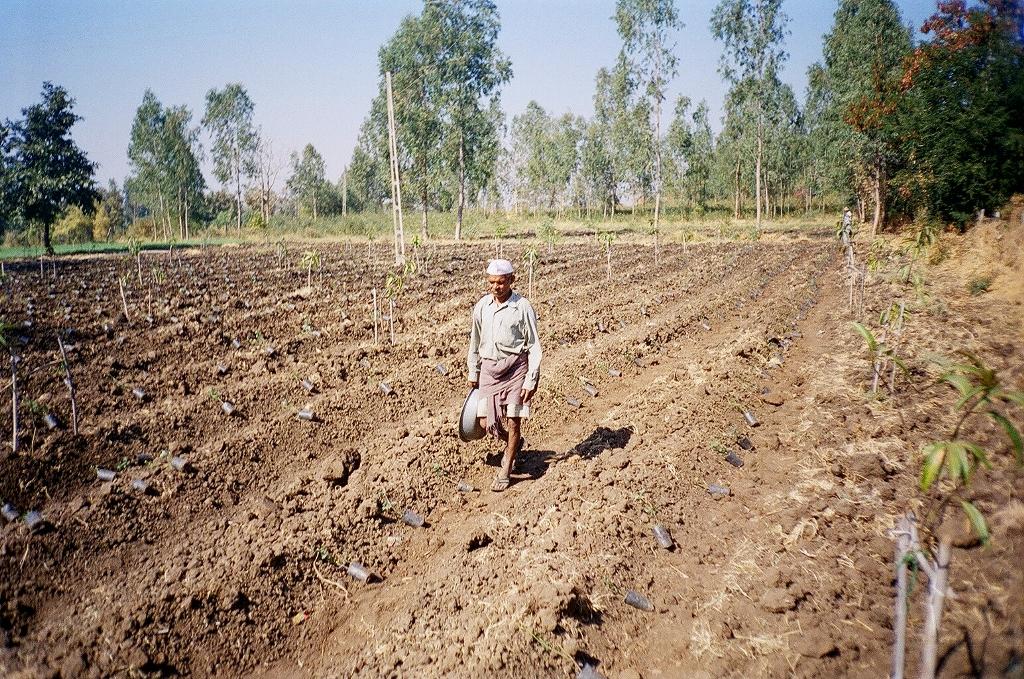 Of a total US $140 billion worth of loss and damage caused by 78 disasters between 2003 and 2013, damage worth $30 billion was sustained by agriculture and its sub sectors in developing countries (Photo: Sandeep Das)

Indian farmers are in distress. The generally poor economics of the agriculture sector, crop failures, non-remunerative prices for crops and poor returns over cost of cultivation have led them into a vicious cycle of never-ending debt. Between 1995 and 2013, 296,438 farmers committed suicide in the country, according to National Crime Records Bureau, drawing attention to their dismal condition. Now, challenges of the coming decades are likely to compound the impact on farmers.

The number of extreme weather events has increased in the last hundred years and there is enough scientific evidence to show that the frequency and intensity of droughts, floods, heat waves, unseasonal and sudden excessive rainfall are likely to increase due to climate change. 2015 was recorded as the hottest year ever and, now, 2016 is on the path to breaking all previous records. Erratic weather patterns have become the new normal. Such extreme weather events will impact agriculture, resulting in increased crop damages and lower crop yields.

Climate change is already impacting agriculture adversely across the globe. The Fifth Assessment Report (AR5) of the Intergovernmental Panel on Climate Change (IPCC) shows that though climate change will have both negative and positive impacts on crop yield initially, the negative impact will overshadow the positive impact by the end of this century. In case of major crops such as wheat, rice, and maize in tropical and temperate regions, climate change will negatively impact production for a temperature increase of 2°C or more above late-20th-century levels. 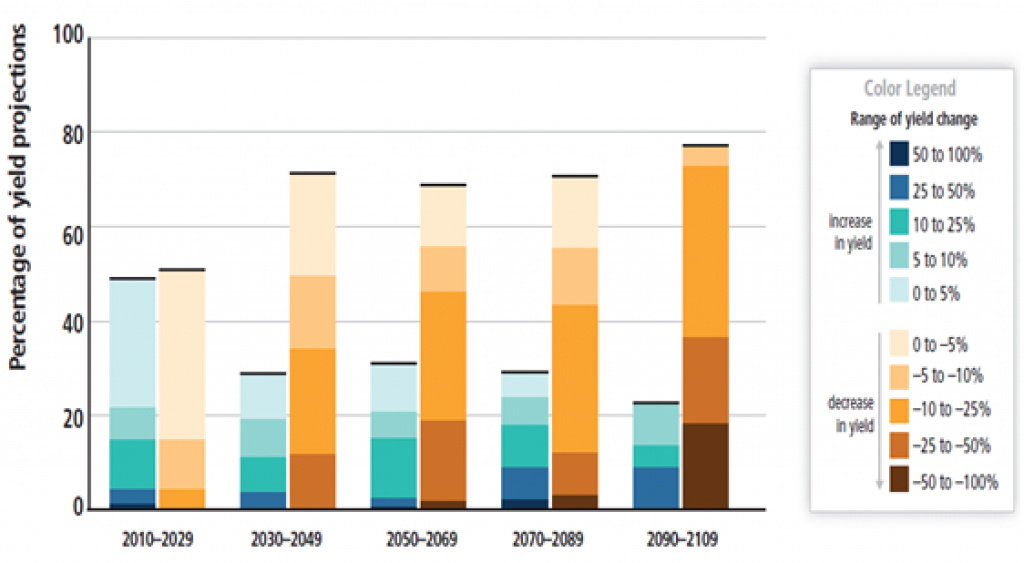 As per a recent Food and Agriculture Organization (FAO) estimate, the agriculture sector, including crops, livestock, fisheries and forestry, absorbs approximately 22 per cent of the economic impact caused by natural disasters in developing countries. FAO findings show that of a total US $140 billion worth of loss and damage caused by 78 disasters between 2003 and 2013, damage worth $30 billion was sustained by agriculture and its sub sectors in developing countries. Among the sub sectors, crops incurred the most loss and damage, worth $13 billion. The livestock sub sector incurred damage worth $11 billion between 2003 and 2013.

With increasing extreme weather events, the need for a robust system for relief and compensation against crop loss will also increase. A majority of Indian farmers are already under distress and their capacity to deal with the impacts of climate change will be lower, making them more vulnerable.

As per the National Sample Survey Office (NSSO) 2013 survey, the average monthly income of an agricultural household during the agricultural year from July 2012–June 2013 was just Rs 6,426 and the average monthly consumption expenditure was Rs 6,223. The average agricultural household in India is, therefore, living a hand-to-mouth existence. And yet averages do not reflect the actual status of a large majority of farmers. Almost 70 per cent of farmers in India with less than 1 hectare of landholding are engaged in loss-making farming businesses under normal circumstances. Poor profit margins mean that the slightest variability in input factors, climate conditions and market prices can push them further into debt.

The Karnataka Agriculture Price Commission recently released a report which found that if we consider the overall cost of production for all major crops, except onion, their cultivation has incurred losses in the state. The loss suffered by farmers against the total cost was in the range of Rs 3,208 per acre (1 acre = 0.4 hectare) for soybean and Rs 48,723 for tomato.

The Minimum Support Price (MSP) declared by the Union government is less than the actual cost incurred by the farmers in a majority of cases. It implies that farmers are being forced to keep their farm produce price low, possibly to check food inflation. However, it also means that the country’s farmers are actually subsidising the food on our plate.

Despite several claims made by successive governments, the existing relief and compensation system in the country is in a very poor state. The declaration of calamity by a government is usually a political decision and the relief mechanism against crop loss in India is ad hoc, unreliable, insufficient and inefficient.

With the impending increase in risks to farmers, any relief and compensation scheme in the country must be based on proper scientific assessment and must address the concerns of farmers.