Why the new farm laws will not level the playing field 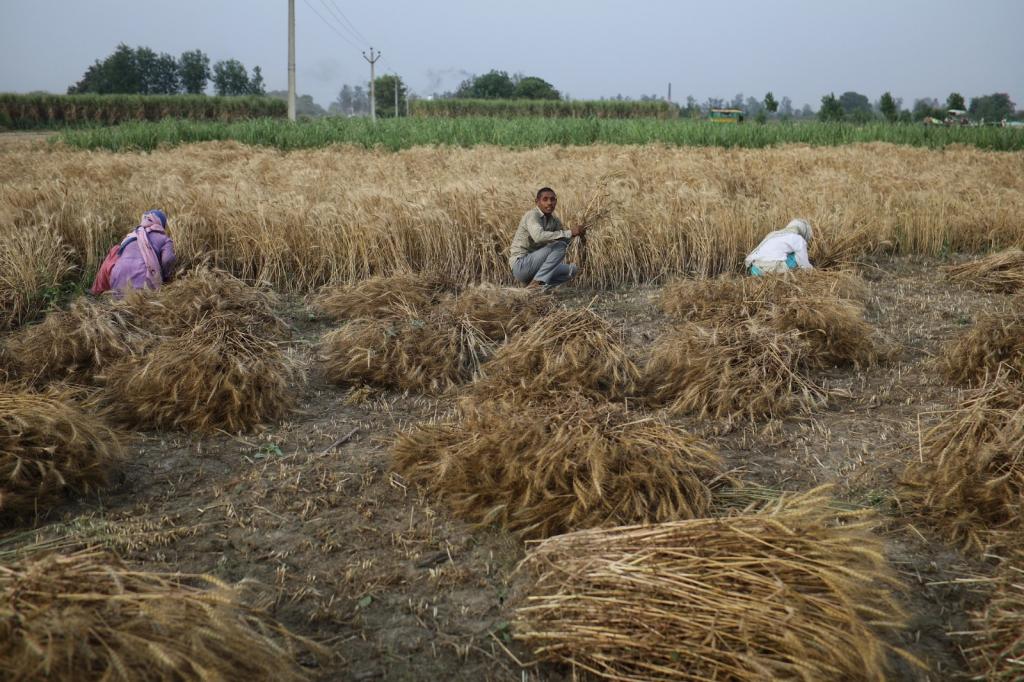 More than 86 per cent farmers in India own or cultivate on less than two acres of land and have little surplus to sell. They are the victims of middlemen (arthiya) at the mandis (local exchange markets) and are forced, by circumstances, to sell their produce at very low prices often below their input costs.

The perishable nature of their produce also puts pressure on them to sell it off quickly, and which has skewed their bargaining position. Their produce is ‘risk-intense’ and often a victim of untimely rains, droughts, hail storms, infestation, etc. This often leads to partial or total loss of the farmer’s crop and income.

They have no meaningful crop insurance: This has been the reason for farmer loan defaults and over three lack farmer deaths over the past two decades. In 2019 alone, over 42,000 farmers and labourers died by suicide. The Economic Survey of India 2018-19 recommended a development strategy based on increasing incomes of this distressed segment.

Even in cases when farmers have a good crop, experience shows that they are unable to secure the minimum support price (MSP) at mandis. The MSP is the scientifically calculated government-announced minimum purchase price for crops, based on factors such as input cost of fertilisers, electricity, water, diesel, machinery, family labour, etc.

Cane farmer’s associations, for example, have sold their produce at less than half the MSP in Uttar Pradesh and are still waiting for their mandatory dues from 2014-15.

The matter is now with the Supreme Court. Corn growers — after the three contentious farm bills were passed in Parliament — have not secured the MSP. The Swaminathan Commission had recommended input costs to include costs plus family labour. Its recommendations, however, have not been implemented by any government so far.

It is clear that the farmers / farmer’s associations are ill-informed to negotiate minimum price. Leaving the farmers to their own devices to negotiate prices as is sought under the new legislation would put an average farmer in a helpless situation with no immediate outlet or skills to augment his income by other means.

Liberal economics aims at a level-playing field to the supply as well as demand side factors for sustenance of robust markets. In this case, the ground is clearly skewed and outcome may be civil distress and or unrest.

What is perhaps required is a skillful government regulation of existing mandis and not their practical abolition. The new enactments do not regulate the existing mandis but create parallel, unregulated ones.

The three legislations — the Essential Commodities (Amendment) Act, 2020, Farmers (Empowerment and Protection) Agreement on Price Assurance and Farm Services Act, 2020 and Farmers Produce Trade and Commerce (Promotion and Facilitation ) Act, 2020 do not appear to address these concerns.

The Essential Commodities Act, 1955 was enacted to regulate the distribution and sale of essential commodities such as food items. Prior to the current amendment, items such as pulses, cereals, rice, onions were under its ambit.

The objective was to ensure procurement and sale at an appropriate price and ensure equitable distribution of food which was often subject of hoarding and black marketeering.

The Essential Commodities (Amendment) Act, 2020 marks a huge departure from this, and takes the above mentioned food items out of the purview of the Act. Thus the government may now not be bound to purchase the same and sell it through the public distribution system at fair prices to the poor.

The purchasers can now hoard as much as they like without any restriction, thereby influencing market prices to the detriment of the ultimate consumer. This was indeed the very mischief the enactment sought to remedy when it was first enacted.

In regard with the other two enactments, Article 246 of the Indian Constitution read with entry 14 of the Seventh Schedule places ‘agriculture’ and entry 28 places ‘markets’ exclusively in the domain of the state government.

This means that the Parliament could not have legislated on it. This also makes the remaining two Acts vulnerable for being struck down by the Supreme Court. This will create a huge uncertainty around these two Acts and their implementation.

The Second Act, [T]he Farmers (Empowerment and Protection) Agreement on Price Assurance and Farm Services Act, 2020, strangely leaves the farmer to negotiate a contract price with the sponsor.

The farmer is left to his own devices to negotiate aspects such as farm produce, produce price, quality, quantity, effects of pestilence, force majeure, food safety standards, labour to be employed. An average marginal farmer is ill-equipped to perform all these tasks.

The legislations will not correct skewed market conditions. The farmer will be out maneuvered and have no choice but to accept a one-sided contract. The Act overlooks the surfeit of historical experience in agri-economics, which clearly points out that farmers are ill-equipped to negotiate a fair price, even collectively.

Corporate players — with their bargaining position, understanding of contracts, financial strength, legal support systems as well as access to the governments — may completely refuse to offer the poor ill-educated farmer a fair sustainable price. The Union government would have to consider balancing the needs of producers and purchasers.

Any genuine dispute resolution by a civil court is excluded under section 19 of the Act. Adjudications envisaged before sub-divisional magistrate will be illusory as such the officer does not have legal training to provide the correct judicial outcome.

Assuming such dispute resolution were to take place the odds are heavily stacked against the farmers, who will have only the right to enforce an already one-sided contract and never be able to challenge its unconscionable nature.

Then, there is no embargo against the buyer to hoard the goods as they are now outside the purview of the Essential Commodities Act, 1955. The new legal regime is silent on how his aspect will be regulated.

But this Act also impinges on the exclusive legislative power of the state legislatures. It does not appear to address the issues of the farmers enumerated above.

The idea that farmers were previously legally prohibited to sell their produce except in mandis is incorrect, except under some local legislations. Marginal farmers were constrained to sell at mandis near their farms by the force of factors enumerated above and as a consequence of cost and convenience.

It is, therefore, disingenuous to say any legal impediments have been removed. In reality, the creation of unregulated, parallel private points of sale will only ensure that the produce continues to be sold as before — at below the minimum support price and without any government intervention.

Section 15 of the Act debars the jurisdiction of civil courts to look into any dispute; the farmer is left to the illusory right to seek legal determination of a dispute before the SDM in the area where the private mandi is located. Assuming, if a farmer in Haryana sells his produce at a private mandi in Amritsar, then in case of disputes he shall have to approach the mandi in Amristar for redressal.

Naturally, this makes the dispute resolution impossible and meaningless, and would force him to sell at distress rates. He will practically have no wherewithal to seek such resolution.

If the Union government wanted to encourage private players, it could have intervened prior to point of sale to secure legal guarantee of a minimum support price based on scientific input costs factor and a strong regulator at the mandi.

The government may have protected the farmers’ concerns and left the rest to be privately negotiated between the purchasers and farmers. This would have met the interest of both the farmers and purchasers.

Since the new regime envisaged a drastic change from the past, the Union government may also think to provide for a regulator to ensure fair play, correct inspection of crops for sale, widen crop insurance, prevent hoarding, collect data on production outputs, farmers’ incomes and to study the effect of the new regime on corporate sponsors and on the ultimate consumer.

There are concerns that a government- or regulator-backed minimum support price will lead to inflation in prices of food items. This proposition is often accepted without analysis and may be scrutinised for its veracity.

For example, the Union government announced minimum support price for low grade paddy at Rs 1,815 per quintal. The price of rice in retail in Delhi was about Rs 4,000 per quintal. Surely, mechanisms need to be augmented to work within these margins for the benefit of farmers, corporate interests and the final consumers.

The effect of the three legislations run contrary to the logic of open, robust and balanced markets, and do not address the established historical issues plaguing the agri-market. These legislations may have terrifying ramifications for food security and are likely to adversely affect consumers.

It is a complex issue that the Union government may have to address in the future as the enactments are actually implemented.