Yes, India needs agrarian reform, but that which is pro-people, not pro-corporate 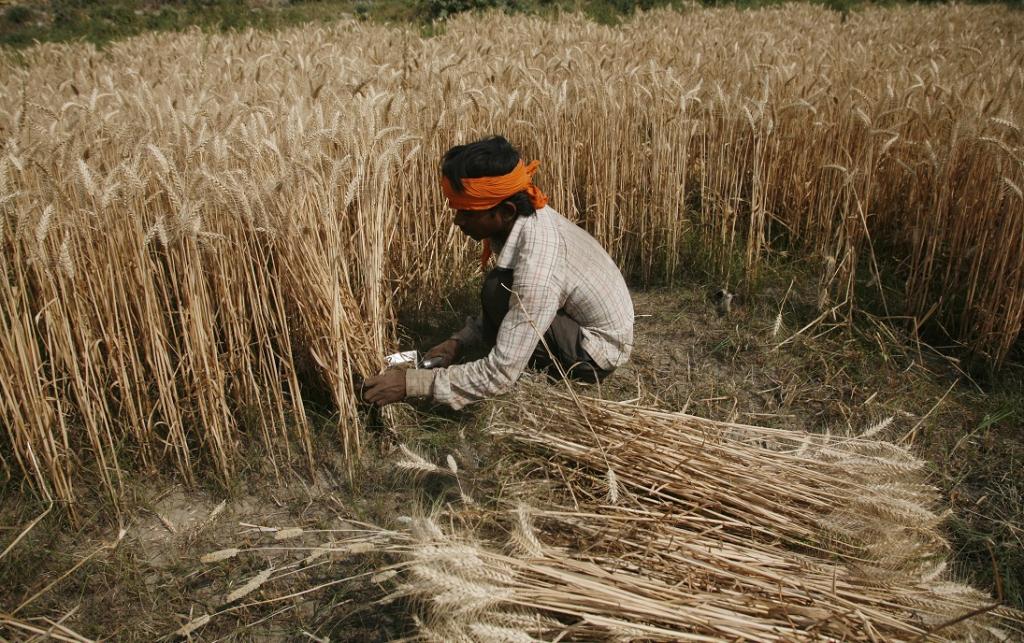 There has been an extraordinary emphasis on ‘reform’ in various sectors of the country’s economy since the Government of India’s adoption of the ‘New Economic Policies’ of liberalisation, privatisation and globalisation in 1991.

Attempts were and are being made to educate citizens that economic growth in India is necessary for the common good and can only be made possible by pro-corporate / capitalist policies. The rising profits can be passed on to the general public through the ‘Trickle Down Theory’.

Corporate / capitalist ownership of the country’s resources has increased exponentially over the last 32 years. But the ‘Trickle Down Theory’ has failed miserably, resulting in a widening economic gap between rich and poor.

For quite some time now, India’s rulers and high-ranking officials have been making a number of statements regarding the formulation and implementation of new policies on ‘agrarian reforms’.

They have been trying to convey the message that agriculture can be transformed only through these reforms. But the kind of ‘agricultural reforms’ that have been and are being talked about in the country are pro-corporate / capitalist.

The reforms that need to be made in the field of agriculture to sustain the existence of human life must include the seven basic necessities of life — bread, clothing, housing, education, healthcare, clean environment and social security.

Various research studies conducted in India have revealed that as one scales down from the category of large farmers to that of medium, semi-medium, small, marginal and landless farmers, economic conditions deteriorate.

Most farmers (barring the large ones) are indebted to such an extent that they are not even in a position to pay the interest on debt as they are  compelled to take fresh loans to keep their stove burning for the sake of just two square meals per day.

Although agricultural labourers and rural artisans have far less debt than farmers, these two categories are two poles at the bottom of the agrarian economy ladder.

These sections have no other means of production but to sell their labour. The rapid increase in the use of machinery and herbicides from the 1960s onwards to curb the country’s severe food shortages, has led to a huge cut in the days of employment in the agricultural sector for agricultural labourers and rural artisans.

The feudal system has been abolished in India for a long time now. But feudalist thinking is still prevalent among most farmers, with landless agricultural labourers and rural artisans having to bear the brunt of such thinking.

So what can be done?

The minimum support price (MSP) has to be made profitable in order to increase the income of the farmers. The benefits of such prices will increase as land ownership increases.

Doing so will make the current loss-making agriculture profitable. But in order to increase the income of landless, marginal, small, semi-medium and medium farmers, they have to be given preferential subsidies / grants, in addition to profitable MSPs.

To increase the income of these groups by ensuring employment under MGNREGA as well as increasing the working days of all able workers according to their requirement, wage rates under MGNREGA should be at least equal to the minimum wages determined by different governments.

Implementing other employment-generating schemes / programmes can make a significant contribution.

Interest-free lending has to be provided to meet the financial needs of all peasant classes, agricultural labourers and rural artisans, except the large peasantry. This will help in reducing the burden of interest on them.

Governments have to provide all possible assistance in setting up cooperative-owned agro-processing industrial units in villages to provide employment to farmers, agricultural labourers and rural small artisans and to increase their income.

Doing so will not only increase employment, but will also benefit these sections through value-addition.

The United Nations, in a 2011 report, found that family farming was the only way to provide food security to the people of the world and prevent global pollution.

Cooperative farming by landless women in Kerala has proved that this type of farming can increase agricultural production and net economic profit.

There are more than 68,000 landless women’s cooperatives operating in Kerala and their production is 1.9 times higher than other agricultural organisations. The net economic profit is five times more.

In addition, efforts should be made by governments and farmers’ organisations to increase cooperative farming among farmers which would reduce production costs, increase production and increase net economic profits. At the same time, the governments have to make adequate contributions in the marketing work of the cooperatives.

Rising global warming and the ongoing war between Russia and Ukraine have raised questions about food security in many parts of the world.

Rising global warming has reduced food productivity in many countries, which has led to higher food prices and people’s inability to consume sufficient quantities of food.

Russia and Ukraine used to contribute about one-third of the world’s wheat. But the war between the two countries has reduced the supply of wheat, which has increased the price of wheat in the world market.

Groundwater levels have come down to dangerous levels due to imposing wheat and paddy crops in some states, especially Punjab, to overcome the problem of severe shortage of foodgrains in the country during the 1960s through the policy of MSP and procurement.

The Union government should ensure that MSP of kharif crops other than paddy should be determined reasonably with a certainty of their procurement by the government.

In doing so, emphasis must be placed on preventing the continued depletion of groundwater, as well as controlling the use of chemical fertilisers, pesticides, insecticides and herbicides and research into natural farming to help protect the environment from pollution.