Air pollution and our right to clear air

As Delhi’s air pollution levels reach alarming highs, even non-smokers in the city have started developing smokers’ lungs. But the government continues to shy away from taking responsibility for our health

As Delhi’s air pollution levels reach alarming highs, even non-smokers in the city have started developing smokers’ lungs. But the government continues to shy away from taking responsibility for our health 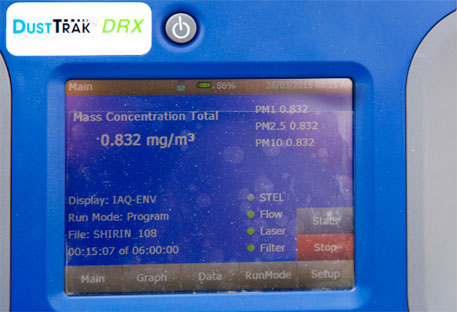 Delhi Chief Minister Arvind Kejriwal was recently treated in Bangalore when he complained of high sugar levels and chronic cough. Doctors say his exposure to Delhi’s air pollution from vehicles, factories, dust and smoke during his election rallies and campaigns is a potential cause for his ill health.

But this is not all. People have started developing smokers’ lungs without smoking cigarettes, according to a report in national daily Hindustan Times. A report in another national daily, Indian Express, said some doctors in Delhi have started requesting their patients with respiratory ailments to leave the city. OPD admissions for respiratory ailments in AIIMS peaked at 37,699 (according to Indian Express) during 2014-15. Children have been asked to give up on many outdoor activities while patients have been asked to move out of Delhi. However, is leaving your city a viable option?

On March 26, 2015, some journalists wanted to capture Delhi’s fine particulate matter (PM2.5). PM2.5 is a leading pollutant which enters deep inside the human lungs and gets trapped, causing various respiratory and cardiovascular diseases and severe allergies. I was under the impression that the recent rains must have cleared the air and brought down PM levels.

We went to Lodhi Garden in South Delhi at 7 am and the moment I switched on our air pollution monitoring equipment, the PM2.5 values shot up to as high as 500 microgram/cubic metre. The foreign journalist next to me was sneezing and wheezing, unable to understand the reason for his morning allergy. Could this unacceptably high level of PM2.5 be the culprit behind his unidentified allergy?

For the same hour, Delhi Pollution Control Committee (DPCC) website reported an ambient PM2.5 level of 210 microgram/cubic metre, while my average real-time exposure during that one hour was 450-500 microgram/cubic metre. This difference exists because the levels reported by the government’s air quality monitoring stations do not tell us what we are exposed to on the ground. We used the TSI DustTrak DRX Aerosol Monitor 8533, a portable monitor that simultaneously measures all size-segregated mass fraction concentrations corresponding to PM1, PM2.5, and PM10.

This extremely high exposure was also around the time when people were out for their morning walk, unaware of the lethal air. At one point, the journalist asked me why I was not shocked on seeing such high values despite knowing how dangerous it was for our health. I told him I had seen worse during winter air quality monitoring last year. During the winter, inversion conditions caused by cold wind trap pollutants near the ground, causing smog episodes.

We then decided to go to India Gate. It was around 8 am and traffic was only starting to build up around the circle. While the reported ambient average PM2.5 for that hour was 220 microgram/cubic metre, my real-time exposure equipment showed a value of approximately 750 microgram/cubic metre. The journalist tried taking the equipment to different areas around the India Gate circle. But the values remained the same and even increased at certain points. The moment we moved from the park to vehicular traffic near the main circle, my instantaneous exposure crossed 1,000 microgram per cubic metre.

This also gives me a reason to stop being complacent about the rains and weather clearing up our air. It had rained the previous weekend, but PM2.5 levels still remained 2 to 2.5 times higher than the 24-hourly safe standard.

Recent measures by Beijing to control its pollution

Delhi’s pollution has always been compared to that of Beijing. India was willing to accept that our pollution levels were high, but refused to accept any calculations that said Delhi had crossed Beijing’s air pollution mark to be termed the most polluted city in the world.

While we failed to accept that our air quality was worse than Beijing’s, we also failed to learn how Beijing had acknowledged this problem and taken numerous measures in the past two years to deal with this situation.

In a recent move to control air pollution, Beijing has decided to close down its very last coal power plant next year. All these plants will be replaced by gas-based power plants which are less harmful in terms of emissions.

Furthermore, they have improved their health alert system and introduced changes as an emergency response to air pollution. Red alerts will be issued when heavy pollution (air quality index of 200+) is expected to last more than three days in a row. Orange and red alerts will be issued 24 hours in advance so that all precautionary measures are taken.

According to Liu Jianjun of Beijing Municipal Commission of Transportation, improvement will be made to the existing system of public transport and additional buses will be put on the roads to meet the public demand.

The way ahead for Delhi

DPCC has six monitoring stations in Delhi—R K Puram, Punjabi Bagh, Civil Lines, Mandir Marg, Anand Vihar and IGI airport. Currently, only R K Puram, Punjabi Bagh and IGI airport show data for particulate matter; Mandir Marg is under maintenance; IGI airport has just started working after almost two to three months of maintenance and Civil Lines does not track PM data anymore.
At this stage, when we need the government to expand air quality monitoring, half of our existing monitoring stations are not functioning. Our proposed air quality and health index has still not been implemented.

With such pollution, we need regular alerts to take appropriate precautions on heavily polluted days. We can also adopt the alternate number plate system to control the increasing number of private vehicles on the road.

With so many feasible options, why should we leave our city or invent indoor activities because it is too unsafe to go out and breathe outdoor air? The current lax measures to deal with our pollution and the inability to implement an action plan are highly shameful. In case the government has still not realised, we are demanding our right to clean air!