Can you beat air pollution with masks

Correct masks need to be chosen according to needs 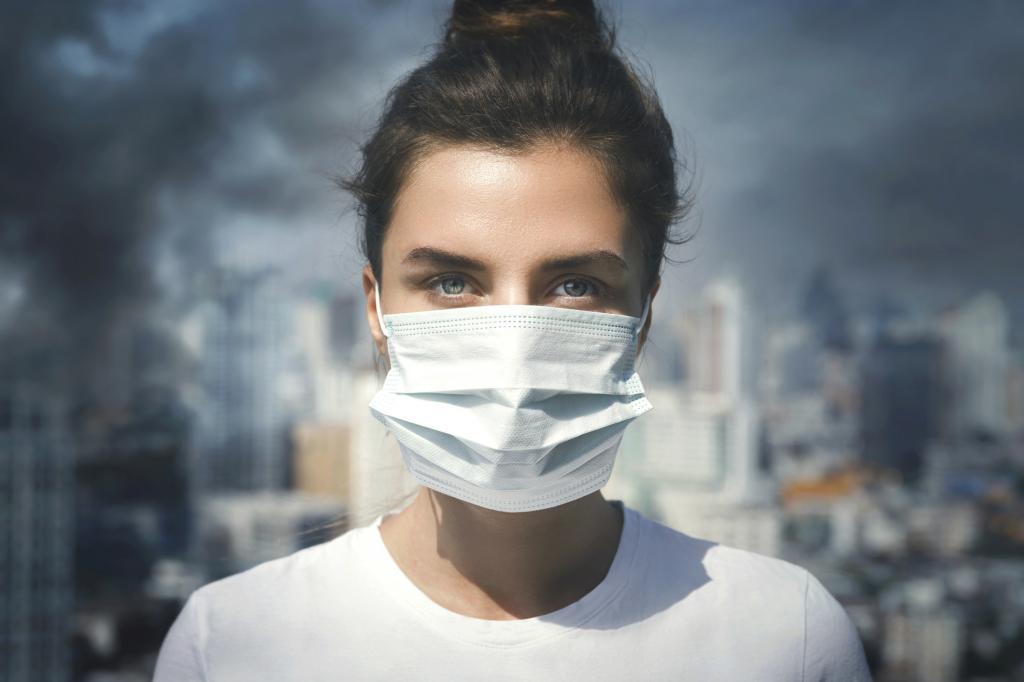 Research has shown that exposure to air pollution, be it brief or over the long term, can have negative impacts on the lungs and hearts, and potentially the brain as well (Brook 2009). It is estimated that outdoor air pollution causes 3 million excess deaths worldwide each year (The Lancet 2015). In response, a number of cities have introduced policies aimed at reducing urban air pollution, including congestion charging in London, bike sharing in Paris, and an “environmental police force” in Beijing.

However, because time is required to implement policies intended to improve air quality and for them to actually have an effect, a growing number of pedestrians and bicyclists are choosing to wear masks or other devices that claim to reduce the risks. Options range from simple paper dust masks to those that supply clean air and prevent exposure to even the worst air pollution, like that found in dangerous work settings.

Masks that are appropriate for outdoor use lie somewhere between these two extremes.

Air pollution is made up of particles and gases. Gases include ozone, carbon monoxide, nitrogen dioxide, sulfur dioxide and a large group of chemicals known as volatile organic compounds (VOCs). While gases can have harmful effects, research indicates that we should be most concerned about negative health impacts of fine particles — those under 2.5 microns in size.

So are facemasks effective in reducing or preventing air pollution exposure? Their ability to limit exposure depends on the type of pollutant, the mask itself and how it’s used. Masks are assigned a protection factor, which is the percentage of a pollutant that the mask does not remove. A protection factor of 10 means that all but 10 per cent of the pollutant is filtered out by the mask, assuming that the mask fits tightly on the face.

Simple paper dust masks are largely useless when it comes to lessening air pollution exposure. However, some inexpensive HEPA filter masks can be effective in limiting exposure to fine particles, particularly those known as “N95 respirators” because they have a protection factor of 5 and thus can filter out all but 5 per cent of particles.

Effectiveness is reduced for particles smaller than 0.3 microns — bacteria are larger, but viruses and many fine particles in motor-vehicle emissions are smaller. While N95 masks do not remove harmful gases from the air, they can be combined with features such as activated charcoal that also reduce exposure to gases. These masks are more expensive and care should be taken to identify which gases they filter and how effectively.

What does the research say?

There have only been a limited number of studies on the ability of facemasks to prevent or lessen negative health effects caused by exposure to air pollution, and their conclusions should be interpreted cautiously.

In the third study, from Shanghai, healthy participants also had lower blood pressure when wearing an N95 facemask (Shi 2017). These studies suggest that wearing a particle-filtering mask can reduce the short-term exposure effects on the heart and blood vessels of exposure to urban air pollution.

The main reason that these findings should be interpreted cautiously is that participants were aware that they were breathing filtered air. While this sounds obvious, this awareness — rather any pollution reduction — could have produced the results observed. Studies to address questions as to whether the facemasks also lessened effects on the lungs and whether effects of long-term exposure could also be prevented have not been done.

To be more confident in such results, studies that look at health effects on the lungs as well as the heart, and that can avoid study participants knowing whether or not they are breathing filtered air, are needed.

Furthermore, we need to know whether wearing masks that filter the gas pollutants in addition to fine particles provide added benefits. These shortcomings were addressed in a study that we recently completed in China, findings of which will be published shortly.

Wearing a facemask to lessen air-pollution exposure can be difficult for some people — they could find them to be uncomfortable, that breathing seems more difficult or that they feel claustrophobic. In addition, a facemask is only effective if it provides a good seal around the face.

Men with beards or who are unshaven cannot achieve an adequately tight fit around the nose and mouth.

Moreover, while our exposure to air pollution is typically greater outdoors, we spend the vast majority of our time indoors, where we’re also exposed to air pollutants, including gases and fine particles. Since facemasks are seldom worn indoors, use of indoor air cleaners that have particle- and gas-filtering capabilities would still be needed to more fully provide protection from pollutants in our air.

Created in 2007, the Axa Research Fund supports more than 500 projets around the world conducted by researchers from 51 countries.