That time of the year

Although health impacts are shouted about, there is still only “little” more appetite for action 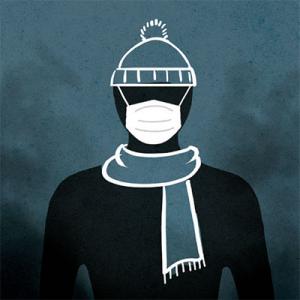 Smell the air and you will know what I am talking about. The fact is that this year, more than ever before, there is public awareness about why toxic air matters. Nobody denies the problem—and this is not a small change. The fact is that even till last year, there was mummer, stutter and statements to say that people do not die from air pollution. I say this because we have had to challenge these positions in courts and outside.
It is also a fact that even though health impacts are shouted about, there is still only “little” more appetite for action. This is not to say that things are not happening; but that whatever happens, happens after a protracted fight. Every solution is contested with the view that this only constitutes a small part of the problem—the 1 per cent problem—as I have written earlier. There is also no desire to push the boundaries so that the action matches the scale and urgency of the public health crisis.
So, what has happened and what needs to be done. First, let’s sort out some basic facts. Delhi has its own sources of pollution, which need to be addressed and reduced. The reason that pollution peaks in winter is not only because of the farmers in Punjab and Haryana who burn crop stubble at this time. Pollution is worse in winter because of adverse weather conditions, which lead to inversion (cold air settles); moisture (traps the pollutants) and poor wind (does not allow for dispersion). This is why even though the sources of pollution remain constant through the year, the level of pollution peaks in winter.
Second, certain things are now done and must not be dusted. This year, there is a comprehensive action plan for pollution control in the National Capital Region (NCR). The plan handles all sources of pollution; has deadlines and agencies with responsibilities. Now let’s get on with it. We also have evidence about what is causing pollution; so again, we don’t need to spend time blaming the “other”. The Ministry of Earth Sciences (MOES) has just released its emission inventory—pollutants and sources—for Delhi and its neighbouring areas. It establishes what we knew, that vehicles are the main cause of pollution in the city and NCR—contributing over 40 per cent.
In the vehicle segment, heavy commercial vehicles (trucks) and commercial/personal vehicles like taxis are the major polluting source. It points to the fact that taxis (Ola, Uber etc.) travel 400 km/day, as against personal cars (55 km/day). It is a saving grace that these vehicles are fuelled on compressed natural gas and not diesel. But even with cleaner fuel, their net contribution is high. This requires restrain on the trucks entering Delhi and on ensuring that there is reduction in overall personal vehicles and that even taxi use is controlled through augmented bus and metro services. It also means that paratransit (like taxis and autorickshaws) must use the cleanest fuel and technology as the miles travelled are the highest and so is their pollution potential. All this is known. We need action, now.
The other source, which has increased by a staggering 48 per cent between 2010 and 2018 is industry. This is because this part of the world has thousands of small industrial units, all previously using pet coke and now coal. After months of bitter wrangling in court, pet coke use in this region is banned. But it is allowed for industries that use it as feedstock and was allowed through imports without any license. Now, again, after much delay, there is a ban on the import of pet coke. Also there are standards for sulphur dioxide (SO2) and nitrogen dioxide (NOx) for these industries. This took over six months of protracted arguments in court. But now that the standards have been issued, there is little or no enforcement. This is what needs to be changed.
But there is some good news. The MOES report finds that emissions from residential sector have reduced by half from 2010 to 2018. This is because of the increased penetration of LPG even in the poorer areas of the city. This means that something can be done. It will show up in the atmosphere. We will breathe better and cleaner air. This is where our efforts have to be deployed. This is where we must stay focussed. Till next winter. With better news.