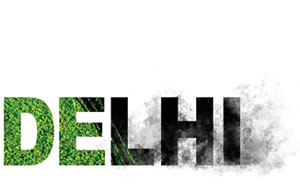 Early this month, I was in the Delhi High Court, where a battery of lawyers had filed separate petitions against the odd-even scheme of the Delhi government. This is a scheme to ration car usage so that in the critically polluted winter months only half the vehicles are on the road. Their arguments were that the scheme had led to enormous inconvenience and worse, daily pollution data showed no impact on air quality. Cars, they said, were not responsible for pollution.

I had heard this argument earlier in the Supreme Court. The court was listening to our urgent appeal to take steps to reduce toxic air pollution in the city. It was packed with the country’s most powerful lawyers—mostly former ministers—all representing automobile companies. They were agitated about the court’s direction to stop the sale of new diesel vehicles above 2,000 cc in the National Capital Region, the area contiguous to Delhi and where work and offices are seamlessly spread. Their vehement argument that their diesel-fuelled luxury vehicles are so clean made the otherwise sober and restrained Chief Justice of India to remark, “So do they emit oxygen?”

Let’s understand the facts. It is more certain today that two major causes of air pollution in Delhi are road dust and vehicles. The other source of pollution is burning of coal in power stations, other industrial units and houses, but this is still much less in this region than the first two. This is not to say that action is not to be taken against all. This is to say that no plan for air pollution control can succeed without hard steps to restrain the growth of vehicles, particularly the grossly polluting kinds. It is also clear that controlling road dust will demand multipronged action to pave, green and water the sidewalks. But road dust generation is also a function of the vehicles because the more we drive the more dust is raised and re-circulated. Worse, the coating of vehicle fumes makes the dust toxic. So, urban road dust is not just dust, but poison.

Of all vehicles, are cars and diesel to blame? Yes, and let me explain why. There are three major segments—trucks, two-wheelers and cars. In Delhi, buses and three-wheelers have already switched to compressed natural gas, which emits less particulates than diesel vehicles. Trucks are bad news for pollution. They are old, mostly overloaded and still operate on even dirtier diesel and technology. This is because cleaner diesel is not available across the country, and truck makers make profit by selling vehicles with really bad technology in the name of public goods transport.

It is for this reason that the Centre for Science and Environment, where I work, has done a detailed investigation into truck pollution and demanded that an environment compensation tax be imposed on these vehicles if they are transiting through the polluted airshed of Delhi. We have also asked for cleaner fuel and technology to be introduced today, not tomorrow. The Supreme Court has heard us; imposed the tax and already there are some 20 per cent fewer trucks in Delhi. The Central government has also heard us and decided to leapfrog to Euro VI, the European fuel-vehicle emissions standards that can bring drastic improvement to diesel vehicles by 2020. This is an advancement of over four years and will be a big game changer. Incidentally, it was also opposed tooth and nail by the gaggle of automobile lawyers in the Supreme Court on that day.

Then come private vehicles, of which two-wheelers because of their sheer numbers contribute the bulk of emissions. Cars add to some 10-15 per cent of vehicle emissions but this contribution is much more when you take the impact of congestion on the road. It is for this reason that the report of source inventory—estimating the pollution sources—by the Indian Institute of Technology, Kanpur, finds that in certain congested areas of Delhi cars, particularly diesel cars, add up to 60-90 per cent of the PM 2.5—tiny particulates that are most toxic. It also finds that secondary particulates—formed from gases like nitrogen oxides and emitted from diesel vehicles and coal burning—are a big cause of air pollution in Delhi’s airshed.

So, cars, particularly “clean” and “new” diesel ones, which are legally allowed to emit seven times more than petrol, are important part of the pollution story. That’s why the rationing of vehicles based on their odd-even number plate has had impact in Delhi. This winter Delhi has seen weather conditions that are horrendous for pollution—still air, high moisture levels which trap particles and winter inversion. It is a fact that in the first week of odd-even, pollution levels increased but this was because weather conditions turned foul. The emergency step of taking half the cars off the road meant that the pollution spike was moderated. This is a big achievement.

The long-term solution is to make Delhi and its vicinity free of two-wheelers and cars permanently. This can only be possible when we invest in public transport at a scale never done before. Today only 10-15 per cent of Delhi and its neighbourhood drive cars, but this is already the cause of congestion and pollution. There is no way we can plan for the rest to drive cars. This is why odd-even should become our way of life. Let’s share cars; take a bus or metro; cycle or walk.