Why initiatives like car-free day are a must for Delhi 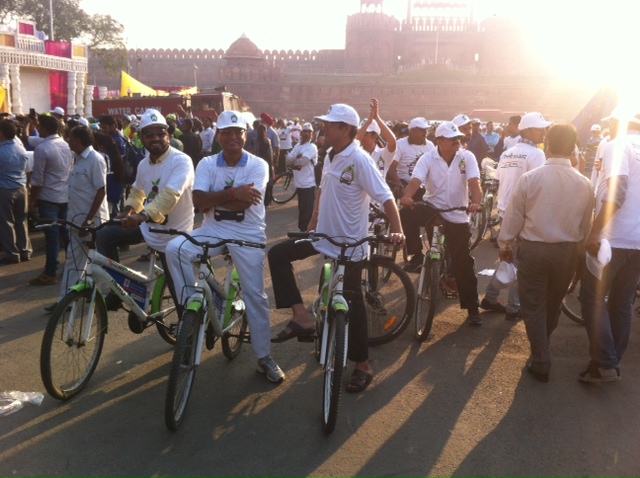 Delhi marked its first car-free day on Thursday, October 22, 2015. This was the third time when such an initiative was taken up in India by city authorities to combat the rising problem of traffic congestion and air pollution. The other two drives were one that was conducted in Cyberabad region of Hyderabad and the recent one in Gurgaon.

In September, Delhi’s transport minister Gopal Rai had announced that starting from October 22, 2015, 22nd of every month will be marked as a car-free day along different stretches of the capital city. The initiative started on the day of national holiday of Dussehra and was titled “Ab bus Karen–Jan Parivahan Swasthya Jeevan”. The campaign is completely volunteer-based.

The minister has also proposed to convert the campaign into a sustained effort that will focus on spreading awareness about the benefits of using public transport, encouraging car-pooling and cycling, ensuring adherence to lane driving and timely pollution check of vehicles. Discouraging multiple car ownership and promoting benefits of walking and cycling are also on the agenda.

For this Thursday, the 6.3 km road from Red fort to India Gate was chosen as the designated car-free stretch, covering Red fort, Bhagwan Das road and the road to India Gate. The timing for the event was from 7 am to 12 noon since Delhi traffic police could not allow this for a whole day due to VIP movement towards Ramlila Maidan for Dussehra.

Chief Minister of Delhi Arvind Kejriwal, deputy chief minister Manish Sisodia, and transport minister Gopal Rai, along with many MLAs of ruling Aam Aadmi Party and a few senior officials of the Delhi government participated in the cycle rally launched by the chief minister, at Red Fort.

Around 1,500 people from all age groups came to the Red Fort to take part in the cycle rally. The cyclists were all geared up. Overall, participation was more than that seen in Gurgaon’s car-free campaign. One of the reasons for this could be that the day coincided with a public holiday.

Delhi-based non-profit Centre for Science and Environment (CSE) monitored the complete stretch that was dedicated to the campaign. CSE’s exposure monitoring indicates dramatic drop of 60 per cent in PM2.5 levels compared to those observed the previous day that was neither a holiday nor a car-free day.

The data is supported by official ambient air quality monitoring that shows 45 per cent drop in overall PM2.5 levels across the city due to low traffic on the national holiday of Dussehra. 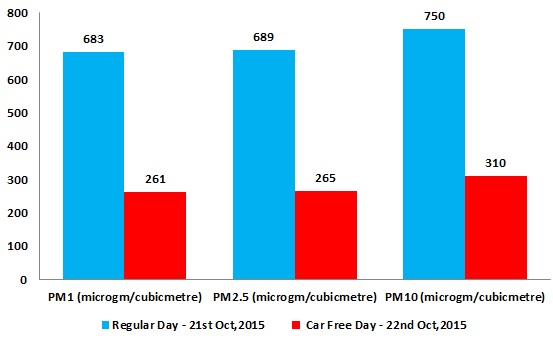 Skyrocketing numbers of cars a threat to Delhi

In Delhi, the number of cars has increased by 2.7 times in the last 15 years (from 2001-2015). Here are some more facts that give an insight into how serious the problem is: 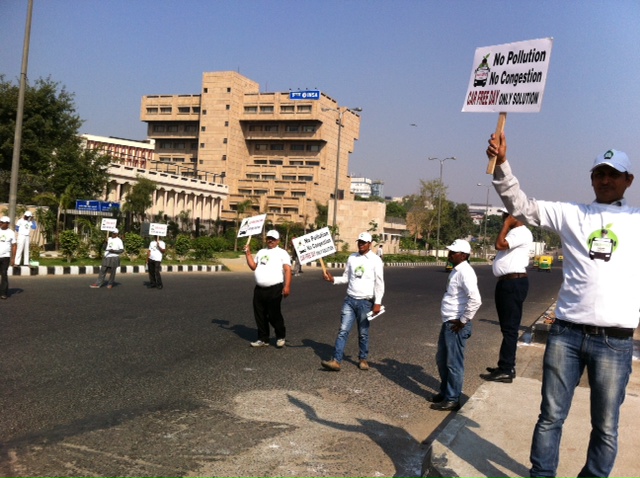 CSE’s air monitoring results clearly showed the impact of individual cars on the air quality. Rai also announced that Dwarka stretch has been chosen for next month’s car-free day.

Such initiatives are a message to common people that it is we who can reduce the threat of air pollution. To see a change, we need to become a part of that change first.