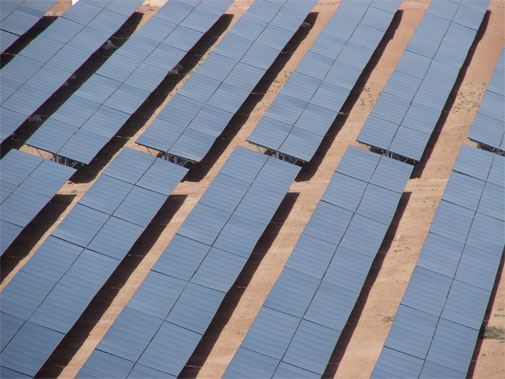 On a warm Sunday morning in February, Nobel laureate and former US vice president Al Gore addressed a crowd of 450 participants (mostly between 25 to 35 years) in India. The three-day Climate Reality Leadership Corp, organised by Climate Reality Project, was a unique training programme with participation from over 15 nationalities. Discussions on climate change and proposed solutions for the global crisis during different sessions by Gore and 20 other eminent speakers were aimed at imparting skills to communicate the kinds of challenges and opportunities that climate change has brought about.

Having been involved with the issue of sustainable development for a decade as a corporate social responsibility (CSR) professional, I was excited to attend a talk by the climate crusader Gore whose craft in simplifying climate change is unparalleled.

Gore touched upon significant issues: sulphur rains on planet Venus, global CO2 level of 400 parts per million or ppm in 2014 (experts claim 500 ppm is a critical barrier that will define environmental impact for the next 200 years), heat waves, heavy downpours, droughts; challenges of hunger, water supply shortage and infrastructure meltdowns, among other things. His presentation that was loaded with impressive charts and graphics also touched upon global warming-led biodiversity losses.

However, his pitch on air pollution in New Delhi seemed oversimplified. His contention that burning fossil fuel to produce electricity increases air pollution is perhaps premised on his agenda to promote renewable energy. Given that most of India gets 300 days of sun per year, Gore’s pitch to make us urgently realise our full solar potential is logical, but fails to sink its teeth into the nuances of renewable energy assimilation. Solar power alone cannot arrest problems of climate change, however ambitious Prime Minister Modi’s target of 100 GW solar power by 2022 might be.

Pollution in India is not just due to fossil fuels burnt to produce electricity— fumes from vehicles, many of which are global brands, add to it too. There is also pollution due to disposal of e-waste dumped in India by developed countries like the US. Why should the urgency to address climate change push renewable energy, particularly solar, as the primary solution then?
In 2014, the US had filed a complaint against India at the World Trade Organization. The US alleged that India's National Solar Mission discriminated against US solar equipment manufacturers as it required solar energy producers to use locally manufactured cells, and offered subsidies to those who used domestic (Indian-made) equipment. The country also alleged that forced requirements for localisation was a hurdle for US-made equipment coming to India, denying US companies a greater access to the vast Indian market of 1.2 billion people. This explains US’ interest in India’s solar journey and offers context to Gore’s appreciation of PM’s solar mission. It could well be a political-diplomatic move through generating mass consent.

It is equally interesting to note that Gore co-founded Generation Investment Management (GIM) in 2004, which he continues to chair even today. GIM’s vision is to embed sustainability in mainstream capital markets and financial investments. With funds like Global Equity, The Climate Solution, The Asia Fund, Al Gore has been accused by many critics of tapping into mass hysteria created about climate change. According to an article dated March 2013 in Forbes magazine, both Gore and his investment partner David Blood have not only emphasised on the regulatory risk of fossil fuel investment, but also aggressively worked to ensure it. It further states that between 2008 and 2011, the company had raised profits of nearly US $218 million from institutions and wealthy investors.

Ironically, while the GIM investments were to be channelised towards clean and green renewable energy, it has mostly been invested in mainstream profit-making corporations and their products that include fast-moving consumer goods (FMCG), higher technology, medical instruments, among others. One of the few solar companies that the funds did initially invest into, First Solar Inc, crashed soon enough mainly due to competition from cheaper Chinese solar panels and products. This led to greater cynicism regarding investments in the sector. According to Bloomberg .com, GIM dumped its last stock of First Solar (one of US’ largest solar panel makers) at a US $165.9 million loss in 2012.

This makes one wonder if Gore’s campaign for solar energy in India is also backed by business motivations. Two days after the Delhi event, First Solar Inc announced its plans to set up a manufacturing unit in India for its thin-film modules. The capacity is expected to be 5GW in next five years. Following this SunEdison, a rival of First Solar, also announced that it would build the largest Photo Voltaic (PV) factory in India. Sure solar investments are good for India, but only with local context plugged into it.

Further, as per International Energy Agency, India’s energy demand by 2040 will be 15 per cent below European Union (EU), but the needed power output will exceed that of EU, due to transmission and distribution losses (if we continue as per current trends). Solar and wind could thus provide an answer to some of these predicaments and help decentralise energy demand. However, how much of this actually takes off in terms of operational and cost efficiencies remains to be seen.

In the seminar, Gore noted that Germany generates 37 per cent of its daily electricity from wind and solar, and that analysts predict that the number will rise to 50 per cent by 2020. What he did not point out was that German households pay the second highest power costs in Europe, as much as 30 per cent more than other Europeans. The German industrial electricity prices have also doubled as a result of rising surcharges due to the expansion of renewable energy, The Economist suggests. Unless renewable energy subsidies try to contain these spiraling costs, even countries like Germany will find it difficult to balance costs with energy consumption.

There were several other local aspects around the climate change discourse that did not find much place in Gore’s argument. Climate  change adaptation (especially for the poor), role of local techniques such as watershed management in curbing water run offs from heavy downpours, climate change impact on gender and the need for disaster management in case of an eventuality needed much more attention.

In his dramatic closing remarks, Gore suggested that we all must advocate, speak up and win all conversations related to climate reality, hoping that this builds pressure on governments and people to act on the issue urgently. While India strives to deliver on some these promises, the complete truth of climate reality remains (in)conveniently under wraps.

Kanika Pal is a sustainability and CSR practitioner and has researched in-depth on the social and environmental issues of end-of-life tyre waste in India. The views expressed in the article are her own