All for the people 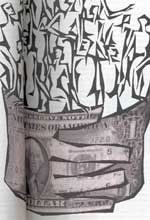 HUMANS, their thoughts and activities are the source of all Earthly evil and good. The Cold War has had a destabilising effect on many societies, in the short term. Unemployment and poverty are gnawing away at less developed societies, corroding the existing value system. The substantial material progress achieved during the 2nd half of the century has been overshadowed by rising economic and social crises.

Over the past few years, major United Nations conferences have concentrated on the upliftment of the world's underpriviledged. The World Summit for Children, 1990, the 1992 Earth Summit, the 1993 World Conference on Human Rights and the Global Conference on the Sustainable Development of Small Island Developing States, 1994, are an effort in that direction. These efforts will culminate this year with the World Summit for Social Development (WSSD) in Copenhagen and the Fourth World Conference on Women in Beijing. The commemoration of the United Nations 50th Anniversary on October 24, 1995, will sound a grand finale to the whole cycle.

Poverty, unemployment and social disintegration are the 3 core areas which require immediate attention. People must remain at the centre of all thought and activity towards development. The policies of governmental as well as non-governmental (NGO) organisations should actively involve all citizens, especially in the less developed countries. The common problems of socially marginalised people must be identified and equal opportunities be given to all so as to promote their social integration. Mobilising resources both at local and regional levels is essential for the effective delivery of social services, education and vocational training to the common people.

TheNGO involvement in UN conferences has been rising since the 1992 Earth Summit. Keeping this in mind, the Summit Preparatory Committee (PrepCom) adopted special modalities for NGO participation, since they are the key actors in advancing social development at the grassroots level.

At PrepCom's first session in February 1994 at the UN headquarters in New York, a focused analysis of core issues emerged from the contributions of 142 delegates (many of them supported by ministerial and policy experts), 149 NGOs and representatives from UN programmes, specialised agencies and regional commissions. The outlines of a draft declaration, and a draft programme of action were agreed upon. The draft discussed the principles, goals, policy orientations and common challenges to be tackled at the local and regional levels. Implementation and follow up methods were also detailed. The draft once again stressed on reducing widespread poverty and creating productive employment.

The South Asia Caucus was formed during PrepCom-2 at New York to draw the world's attention to the problems of South Asian countries -- in the context of the WSSD -- to be held in March 1995 in Copenhagen. The caucus is made up of NGOs working in the field of socioeconomic development in Southeast Asian countries.

The World Summit for Social Development must not be allowed to fail. Nor should its objective of forging a new development consensus continue to be regarded with a mixture of indifference or scepticism by the international community. There is too much at stake for us to allow that to happen. NGOs working together within the South Asia Caucus believe that unless the structural causes of poverty, unemployment and social integration are adequately defined and properly addressed, the Summit will be judged a failure.A new paradigm for authentic, sustainable social development, giving highest priority to the work of caring for and nurturing families in communities (the true national wealth), should emerge out of the WSSD. All forms of oppression or discrimination based on gender, race, ethnicity, class or religion must be eliminated.

Chief among the "12 Points to Save the Social Summit" is that the summit must urge the fundamental revision of structural adjustment policies. According to the Caucus, structural adjustment programmes focused on export-led growth, which disregards wealth distribution and environmental sustainability, have failed to create employment. This has deepened social inequality and poverty and thereby encouraged social disintegration. The impact of these policies falls most heavily on women and children.

Through its expert committee on Economic, Social and Cultural Rights (ECOSOC), the Summit should investigate the underlying premises of World Bank and IMF policies, and measure their impact against the criteria established in the Social Summit: namely, do they exacerbate or alleviate the forces which exclude and deprive poor people from their enjoyment of basic rights?

The Caucus has also demanded that international financial institutions should be willing to provide the relevant UN treaty monitoring bodies with regular reports, explaining what steps they are taking to assist governments to comply with their economic, social and cultural obligations under the treaties. They should also provide these committees with evaluations of the effectiveness of their poverty alleviation measures, and provide desegregated data on the impact of their programmes on women, children and other vulnerable groups.

The Caucus further goes into the details of the working methodology of the Summit. They would like the UN expert bodies on economic and social rights to examine the implications of the new trade regime, and the operations of the World Trade Organization. There is a need for a social audit to gauge their impact on human welfare in the South. The right of nations to establish national food and agriculture polices in order to eradicate hunger, and ensure food security, should be explicitly recognised. There should be no patenting of life forms. The full costs of the Uruguay Round must be assessed, and as promised at the start of the negotiations, compensation for those nations and sectors within nations which experience net loss must be made, to ensure socioeconomic development. The burden of debt remains one of the most important obstacles to social development in a number of countries. The Social Summit should promote debt reduction initiatives that go beyond the existing package of options, including the writing off of multilateral debt, especially in Africa.

Recognising that the major actors of the macro-economic system are unaccountable, the Summit should include international monitoring as a condition for enabling economic environment, and a code of conduct for the operations of transnational corporations, and call for a reform of the multilateral structure which brings the accountability of the Bretton Woods Institutions into the UN system.

The UN target for overseas development assistance of 0.7 per cent should be achieved by all Organization of Economic Cooperation and Developement (OECD) countries, including those who have yet to make such a commitment. To enable social sector expenditure and to enable investment in the economy of the poor, effective spending of public resources is required. In order to achieve social development, assistance should be allocated to vulnerable areas, which include primary health care, education, shelter, water and sanitation. Income transfers to people living in poverty, work guarantee schemes, credit for the backward community (particularly women), agricultural credit, and support for small-scale and cottage industries, are also essential. Cooperatives, women's organisations and information services should be encouraged at the grassroots level to ensure the percolation of social services.

The 6 core human rights treaties, the International Convention Relating to the Protection of Migrant Workers and their families, and the relevant International Labour Organization conventions need to be ratified by AD 2000. The WSSD should prepare a programme of action and call on governments to recognise legally binding obligations to ensure economic and social rights, and to establish the means for vindicating those rights.

The programme of action should recognise the central role of citizenship and insist on governments to commit themselves to provide legal and regulatory frameworks for the contribution of different actors, so as to involve local, regional and national societies in the development process. The WSSD should respect of the unique cultures of people and integrate sustainable, indigenous and traditional practices which do not violate women's rights, into social development.

The arms trade is a major threat to peace and progress today. The Summit should work for more effective mechanisms to curb the arms trade as a measure to minimise violent social breakdown. The gender specific aspects of each issue addressed by the Summit should be explicitly identified in the policy analysis, and commitments taken by the Summit. The WSSD should vest principal responsibility for the monitoring of the commitments undertaken by the Committee on Economic, Social and Cultural Rights. The Committee's mandate and methods of working should be adjusted accordingly to accommodate such responsibilities.

---Amitava Mukherjee of ACTIONAID India is chairperson of the South Asia Caucus.