An exercise in flippancy 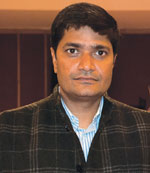 In December 2009, just before the disastrous climate conference at Copenhagen, environment minister Jairam Ramesh announced a voluntary and unilateral emissions reduction target for the country. He committed a 20-25 per cent reduction in the emissions intensity of the country’s GDP by 2020 below the 2005 levels. A month later, the Planning Commission constituted an Expert Group to prepare a strategy for low-carbon economy.

The group has to provide a roadmap for low-carbon growth, including sector-specific proposals for the Twelfth Five Year Plan, and enabling legislation, rules and policies. This is a significant mandate considering low-carbon, inclusive growth is one of the pillars of the 12th plan. The group’s recommendations, therefore, will decide whether India locks itself up in a carbon-intensive growth paradigm or moves to a low-carbon growth path.

After a year-and-a-half of deliberations, the expert group recently released an interim report. So does it bring new insight for improving policy? Do the strategies, policy prescriptions and targets it recommends nudge India towards a low-carbon growth path?

On the first count it disappoints. The interim report does not advance our knowledge on any aspect from what we know from the many low-carbon growth studies conducted by organisations as diverse as McKinsey, World Bank, The Energy Research Institute and the Centre for Science and Environment. The report’s conclusion that India can meet its emission-reduction target of 2020 even in the modest “determined effort scenario” is certainly no news. The scenario is similar to the plans and programmes currently implemented or on the anvil of different ministries and departments. In other words, it hardly requires extra effort.

Even more wanting are the policy prescriptions for different sectors, which were arrived at by using outdated and debatable data.

The report starts with the assumption that Indians are going to adopt a more energy-inefficient lifestyle and, therefore, more electricity will be required to generate a unit of GDP in future. However, it fails to provide any policy prescription to reverse this trend. This indicates that the report was not prepared keeping in mind the long-term goal of low-carbon growth path.

The electricity sector contributes close to 40 per cent of India’s total greenhouse gas emissions. But the recommendations have no new ideas for moving away from coal—reckoned to produce the bulk of power till 2020—and towards more efficient and advanced technologies. Today, China is investing heavily in developing and installing ultra super critical coal power plants, but the expert group thinks this will not be possible in India till 2020. Essentially, its recommendations—which dovetail with the publicly announced plan of the Central Electricity Authority—will lock India into the super-critical technology.

The roadmap for the wind energy sector is beset with the same inadequacies. While the renewable energy ministry plans to install 2,000 MW of wind power every year in the 12th plan period, the expert group recommends an installation of 1,500 MW till 2020.

The group has not even considered the reduction in electricity generation that can be achieved by supply-side management. The country’s average technical and commercial losses are 30 per cent. It is feasible to reduce these losses to 15 per cent. Auxiliary power consumption in coal-based power plants can also be reduced by 1-2 per cent. Both these low-cost options have been left out by the group.

Overall, the expert group has overestimated the generation need, ignored supply-side efficiency gains and underestimated the potential of renewable energy and other clean technologies.

The group’s analysis for industry is based on debatable assumptions and weak and outdated data. Sample this. The interim report states the clinker-cement ratio of the Indian cement industry was 0.86 in 2007 (lower the ratio, less the CO2 emitted per unit of cement). It estimates that under the most aggressive low-carbon scenario, the ratio would reduce to 0.75 by 2020. Now, according to the cement industry’s own survey, the clinker-cement ratio was 0.77 in 2008, and as per recent industry estimates this ratio is currently lower than 0.75. So, the cement industry has already achieved the target the expert group envisaged for it by 2020.

The group’s assumptions on the growth rate of steel consumption and the production route to be adopted are also debatable, as is the baseline data it has used to project emissions from the steel sector.

Low-carbon growth studies conducted in India so far reckon reducing emissions from the steel sector will be difficult because steel production is moving away from the traditional blast furnace method (BF-BOF) to the comparatively less energy- and emissions-efficient Direct Reduced Iron (DRI) route. The expert group projects a contrary scenario without any supporting data.

Its interim report estimates the demand for steel in India will grow at 11 per cent a year till 2020, most of which will be met through the BF-BOF route. The report has underplayed the need for technology development to reduce emissions from the DRI route. This omission could lock India into an emissions-intensive steel production method.

The interim report betrays a lack of long-term vision for industry. What it provides are short-term technical fixes.

The low-carbon-growth strategy for the transport sector revolves around three interventions: improving rail share in freight transport, improving the share of non-motorised and public transport (NMT+PT) in urban passenger transport, and imposing fuel efficiency norms for vehicles. These key interventions will surely curb carbon emissions and reduce pollution, oil import and congestion. But the interim report errs in detail.

Let me explain. The report proposes improving the NMT+PT share in all cities in 2020 by 8.5-12 per cent from what it would be if the status quo is maintained. Now in a city like Delhi, the NMT+PT share in 2007 was 76 per cent and this is likely to reduce to 60 per cent by 2020. The expert group targets 68.5-72 per cent share in 2020. So despite implementing the expert group’s low-carbon strategy, in 2020 Delhi will have more trips made in private vehicles than what it had in 2007. The target set by the group will not lead to reduction in private motorisation, which should be the avowed goal of a low-carbon strategy. In fact, cities have plans far more ambitious than that proposed by the group. The Master Plan of Delhi, for example, targets public transport share as 80 per cent by 2020.

The expert group needs to detail recommendations by checking their relevance on the ground.

The approach to reduce energy consumption in the building sector too is disappointing. It relies on the implementation of the Energy Conservation Building Code for commercial buildings rather than consider the potential of energy saving in the residential sector that is growing at a much faster pace. Nor has it suggested any strategy to reduce emissions from the waste sector growing on the back of increasing consumerism.

The expert group has now asked for more time to undertake “macro-economic modeling, cost-benefit analysis to identify policy interventions and for creating supporting institutional setup for desirable low-carbon strategies for inclusive growth”. All this surely takes time. But what about getting basic strategies right? Such strategies cannot be developed with a 10-year time frame and with the only objective of meeting the country’s voluntary emissions intensity target by 2020. The year 2020 is incidental; more important is the long-term goal and the strategy to achieve it.

The expert group should, therefore, first develop a long-term goal for each sector, and then break them down into decadal targets. It could then do “macro-economic modeling” to bring out actionable and detailed policy interventions. It would also then tell us what it would cost and the kind of global deal we want to achieve low-carbon growth. We cannot afford to be disappointed with the final report.

Chandra Bhushan is deputy director at the research and advocacy group, Centre for Science and Environment, in Delhi 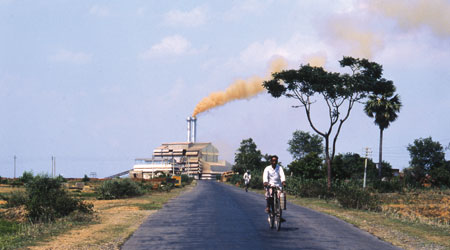