An urge to act

Will the new animal welfare Act balance interests of animals and humans?

Animal rights and wrongs. They somehow knock at the door of our conscious mind (and conscience) ever so often—trucks overcrowded with slaughter animals with dumb fear in eyes; latest medical research on hundreds of captive animals—the list is endless. Having gained ascendancy over fellow creatures, humans get away with using animals for economic, social and personal interests ranging from urgent to trivial. But where should human interests cede and animal rights begin?

In the legal sense, animal rights would include rights to life, liberty and against use by humans, which true-blue animal activists have been demanding unsuccessfully for decades. But what is popularly known as animal rights is the human sense of moral duty for welfare of fellow sentient beings. This has formed the cornerstone of most pieces of animal-protection legislation across the world, even while accepting that animals have no or limited legal status.

This is also the case in India. The Prevention of Cruelty to Animals Act (PCAA) of 1960 is the key Central legislation preventing cruelty against domestic/non-wildlife animals. It is a fairly comprehensive statute with definitions of cruelty and detailed rules for many human uses of animals. Even if it does not abolish the use of animals, does it actually protect them from unnecessary and cruel human acts? Not effectively. Over decades of amendments, PCAA has become increasingly characterised by sloppy governance and flagrant violations. This is the reason we now have the (Draft) Animal Welfare Act (DAWA) of 2011 on the anvil. It was open for public comment till March 2011. It promises strengthened substantive and enforcement provisions; better-empowered animal welfare organisations and citizens; and other progressive measures. Let us look at some vital issues in India’s socio-legal context to see if DAWA does a better balancing act between human and animal interests.

DAWA certainly tries. It expands the entire gamut of definitions to give less scope for ambiguity in future compliance and judicial interpretation. The “duties of persons having charge of animals” are not limited to proscription of certain acts but include responsibilities to provide them freedom from thirst, hunger, fear, pain and discomfort due to environment as well as freedom to express normal behaviour—rather similar to those enshrined in The Farm Animal Welfare Council Committee Report, 1979 (of the UK) whose influence had led to enactment of highly welfarist laws for farming animals in the European Union. Under DAWA, “reasonable cause” cannot excuse abandoning an animal in circumstances likely to cause pain by starvation or thirst. Placing “trauma” on the same footing as “pain” is clearly a tribute to animals as psychological and emotional beings, not just physiological “bodies”. The archaic fines of PCAA have been jumped up by about a thousand times, with differential penal provisions for the first-time and repeat offenders.

No other area of animal activism has aroused as much emotive controversy as scientific research on animals. The conflict here is between the much-prized human goal of disease-free life and the severity of pain and changes in body-mechanisms caused to huge numbers of captive animals. Delhi was recently witness to protests by the People for the Ethical Treatment of Animals (PETA) against the conditions of research monkeys at the facility of All India Institute of Medical Sciences (AIIMS), which eventually bore fruit. But this was despite the fact that the prevailing PCAA and its present Rules on animal experimentation have some really animal-sensitive provisions. Obviously, the fault lies in the implementation—a challenge DAWA should not underestimate.

DAWA has stricter provisions and no person or institution can perform an experiment on animals unless permitted by the Committee for the Purpose of Control and Supervision of Experiments on Animals (CPCSEA); there is joint responsibility in case of individuals performing experiments outside an institution, among others. In effect, unnecessary and repetitive experiments are to be stopped. Penalties have been steeped up forbiddingly, acting as deterrents. What is missing in DAWA is the emphasis on the imperative of discovery and use of alternatives to animal-subjects—a truly progressive objective on the lines of those avowed by DAWA. However, use of alternatives is underscored in the Rules of PCAA which may get “transferred” to DAWA if it is enacted. At the same time, a large scion of scientific community deems experiments on animals essential to scientific breakthroughs. It has concerns about practicability of referring all minor and major research to CPCSEA. DAWA has to address all such concerns and yet remain loyal to its objective of reducing animal suffering. 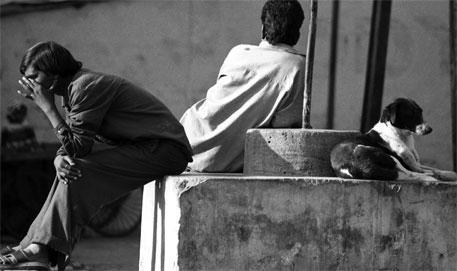 From the captive research animals, we move to those who are too free and also undesired. These are stray animals, especially dogs, who suffer from similar harms and injuries that they spread to humans, notably the dreaded rabies. PCAA has provisions for dealing with this, some of them welfarist, including the highly regarded Animal Birth Control (Dogs) Rules of 2001, based on principles of sterilisation and vaccination. This would be a relief both for dogs and humans. But PCAA has a record of inconsistent and slack implementation of these rules. Consequently, populations of stray dogs have reached staggering numbers. Suffering from hunger, abuse and rabies, they are prone to attack humans. In knee-jerk reactions and pressure, state authorities just periodically round them up and kill them. DAWA has been criticised by some for having weaker provisions for such killing of stray dogs. But word can never triumph over spirit of any law. If authorities have a mind to do so, they can succeed in dealing humanely and intelligently with this problem, under either PCAA or DAWA.

Both PCAA and DAWA also regulate slaughter of animals for food more through the relevant rules rather than detailed provisions in the Act. However, PCAA does not consider the manner of killing prescribed by religions as an offence; DAWA also exempted it after public consultation. This ritual slaughter is called halal in the Muslim community and kosher by the Jewish. In the Indian socio-legal context, freedom of exercise of religion is a fundamental right. In this light, it may have been decided to retain this exemption in DAWA. This was also the line of thought in the German ritual-slaughter case of 2002 in which the German Federal Constitutional Court held that the slaughter of animals by a Muslim butcher, without first stunning them, as per his religious practice, is part of the constitutionally protected freedom of exercise of religion.

All of foregoing demonstrates that law, in India and most other countries, has no definitive solution to conflicts in animal-human interests. It gets mired in diverse requirements.

Remedy lies in our attitudes towards animals and how far we are willing to walk the road towards their wellbeing as co-inhabitants on earth; and not use them unabashedly almost as property or resources. As an illustration, “destroyed” is used periodically to denote destruction of animals, in both PCAA and DAWA, as also in many animal-welfare laws across the world. It connotes an inanimate item, echoing our stereotype of an animal. “Killed” or “put away” are more human(e) and would be congruent with the Kerala High Court talking about the possibility of fundamental rights for animals in N R Nair v Union of India in 2000 and that of the Gujarat High Court talking about fundamental freedoms of birds and animals in May this year.

One last comment. The lagging-behind-the-times provisions, definitions and penalties of PCAA could have been pulled up with appropriate amendments. In any case, DAWA is not radically different from PCAA. Whither the need then for this new Act? The need is in the irresistible urge to build new legal edifices bricked with individual and public accountability, pro-activism and international standards, even if not all bricks are new. As some activists say, maybe the Hazare campaign against corruption will also bring about a better governance of PCAA. Ditto for DAWA.

Manju Chellani is a researcher in environmental law, rights of animals and legal issues related to cultural heritage