Annihilation of caste and copyright claims

With the recent publication of a new edition of B R (Babasaheb) Ambedkar’s searing work, Annihilation of Caste (AoC) there is furious debate over the “appropriation” of one of India’s most significant thinkers by those beyond the pale. The unseemly furore has been occasioned by the fact that neither the publisher of the annotated critical edition of AoC Siriyavan Anand of Navayana nor Arundhati Roy, who has written a solid 124-page introduction, titled The Doctor and the Saint, is a Dalit. Absurd as such a stance is, this column does not attempt to fathom the curious logic of the agitated fringe; the focus here is on the copyright battles over Ambedkar’s seminal work which was published in 1936 by Babasaheb himself and has since been floating in an ownership limbo.

AoC is at once a much published work and yet little known outside its devoted circle of the Dalit fellowship and scholars worldwide who study the multi-faceted intellectual who shaped India’s Constitution and its politics (among other things). Of all his works, AoC is, perhaps, the most controversial— it’s hard to say that with certainty since many of Ambedkar’s books have raised caste hackles—and certainly the most incisive. It is a slender book that started life as a presidential address that Ambedkar was to deliver at the annual meeting of an anticaste outfit, the Lahore-based Jat-Pat Todak Mandal. The speech, however, was cancelled because the organisers found it too radical. 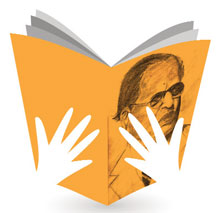 Ambedkar then went ahead and published it at his own cost and priced it at eight annas, a steep rate in those days. But the 1,500 copies he printed were sold out immediately and second edition was published in 1937 (see ‘The History of Annihilation’ on downtoearth. org.in). Over the decades, Annihilation has rarely been out of print although the ownership of the work remained murky after Ambedkar died intestate in 1956. Like most of his works, AoC is available everywhere—in cheap editions, in highly-priced bound volumes and freely on a host of websites including Columbia University where Ambedkar studied.

But there has been ‘appropriation’ of AoC by writers and publishers. Among these is Mulk Raj Anand who published it in 1996 along with an interesting interview he had conducted with Ambedkar. He copyrighted the work. So did Oxford University Press (OUP), Delhi, in 2004 when it published The Essential Writings of B.R. Ambedkar edited by Valerian Rodrigues. This volume includes AoC. In 2011, OUP brought out Ambedkar’s The Buddha and His Dhamma, edited by Aakash Singh Rathore & Ajay Verma and again copyrighted it.

Last year, Planning Commission member Narendra Jadhav published Ambedkar Speaks, an expensive selection of Ambedkar’s speeches with the copyright going to his wife Vasundhara Jadhav. At the other end, organisations such as Dalit Murasu in Tamil Nadu have been bringing out inexpensive copies of the classic and say they have sold over 17,000 copies. So, in a sense everyone appears to have owned Babasaheb’s works over the decades since he passed away.

Since Ambedkar had died intestate, the Maharashtra government was ordered by the Bombay High Court to take charge of his voluminous writings which were rotting away for want of a custodian. It set up the clumsily titled Babasaheb Ambedkar Source Material Publication Committee (BASMP) which since 1979 has been publishing omnibus volumes titled Dr Babasaheb Ambedkar: Writings and Speeches. To date, 23 such volumes have been published in English and these claim the copyright vests with the secretary, Education Department of Maharashtra. But that it turns out is not strictly true.

BASMP has been selectively giving permission to those who have sought its consent to republish Ambedkar’s works—some like Jadhav have not bothered to do so—to clear the legal issues that would allow them to copyright their value-added books. It was not till Navayana filed a suit in the Delhi High Court—its letters to BASMP went unanswered for months as did the their RTI (right to information) applications— that the truth finally emerged. In February, BASMP admitted that it did not own the copyright and only had the lease for it. The copyright, it said, is owned by members of the Ambedkar family which had given the rights to the state of Maharashtra on payment of royalty.

Following this submission, the court said Navayana was free to publish AoC at its own risk. The Navayana edition is out and claims its own copyrights: for Anand’s copious and illuminating footnotes, for Roy’s book-size introduction and the third for the entire edition. What the case highlights is that the Indian copyright law despite major amendments made in 2012 makes no provision for orphan works—not that Ambedkar’s writings can now be said to fall in that category. The bigger problem is the absence of a copyright board. Till that is set up, copyright will continue to be appropriated or annihilated.

Feature: Overview of changes to the Indian copyright law