Beyond a flailing state 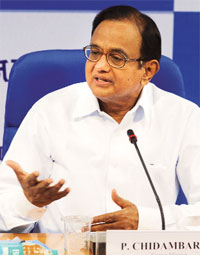 Recently, I heard Dulitha Nandanie Fernando, emeritus professor of community medicine at the University of Colombo, speak about how Sri Lanka had managed to orient the country’s health system towards women. The island nation’s record on slashing infant and maternal mortality rates (MMRs) is well known, an achievement that has over the years led to much breast beating over India’s snail-like progress on these parameters. What Fernando had to tell at the Public Health Foundation of India’s annual day lecture is something that many of us know already. But it bears repetition because the solutions this country is debating (endlessly) seem to ignore some basic facts.

The most important factors behind its outstanding success are: 1) Sri Lanka provides a truly public health system in which the state is the main provider of services, all free, to which everyone has access. The input from the private sector is insignificant; 2) everything works at the field level from the public health midwife to specialist hospitals and; 3) there is universal access. But, underpinning this, Fernando emphasised, is the political commitment to implement welfare measures.

And here lies the rub. What does one do without this political commitment, when we have, as in most crucial sectors of public welfare, a minister who is missing in action? The way out then is to talk about public private partnerships if not privatisation of a service that is the fundamental responsibility of the government. Fernando, using 2008 statistics, put India’s MMR per 100,000 live births at 230 compared with Sri Lanka’s 39. According to the latest (2010) figures, the  corresponding figures are 200 and 35 for these neighbours. What it means is that India doesn’t have any hope of meeting the Mille nnium Development Goal target of 109 by 2015.

The lack of commitment at the highest levels and the absence of a work ethic have lead to a widespread system crisis here. US academic Lant Pritchett had an interesting explanation for why things go so shockingly awry in India, and why it is incapable of implementing programmes and policies. He calls this the flailing state syndrome, “a nation state in which the head, that is elite institutions at the national (and in some states) level remain sound and functional but that this head is no longer reliably connected via nerves and sinews to its own limbs…” As a result, nothing works, because field level agents of the state, from health workers to teachers and engineers, are increasingly beyond the control of the government, at state and national level. “In police, tax collection, education, health, power, water supply—in nearly every routine service—there is rampant absenteeism, indifference, incompetence, and corruption. As this is true of even relatively routine services, even more so for more sophisticated ones like networked irrigation or groundwater management.”

Pritchett, an economic research and development practitioner who teaches at Harvard’s Kennedy School of Government, gives the example of absentee public health workers in Rajasthan and the attempts made to cut this down by a system incentives and penalties. Nothing worked, and absentee levels remained the same, forcing patients to seek help elsewhere. The better-off went to private doctors; the poor went to quacks. Is this an intractable cultural trait? Is it a work ethic fashioned by our ethos and upbringing in a society that is collective? Pritchett terms flailing as the inability to maintain sufficient control of the administrative apparatus to effectively deliver services through the government “in spite of democracy and strong capability at the state level”.

But Pritchett, I think, is misled by seeing strong capability at the head. That is an illusion. Take tax collection, where we fail as abysmally as with health services. We’ve just had the budget for 2013-14. In this, Finance Minister PalaniappanChidambaram says there are only 42,800 of the affluent in this country who admitted to a taxable income exceeding Rs.1 crore annually and these were the only source from which the state could raise res ou r ces. Really? A couple of months earlier, the ministry had told the parliamentary standing committee looking at its functioning that it could recover just three per cent of the total tax arrears of Rs.249,000 crore.

While the minister bewails his lack of options, the Economic Survey released just a day before his budget shows that giveaways have made the government finances even more parlous. “The magnitude of revenue foregone (tax expenditure) is indeed high,” it says. “In the Receipts Budget for 2012-13, tax foregone on account of exemptions under corporate income tax for 2010-11 and 2011-12 was estimated at Rs.57,912 crore and Rs.51,292 crore respectively net of MAT.”

It’s not just the limbs of government that are not functioning, but also its head. We have gone way beyond Pritchett’s definition of the flailing state.