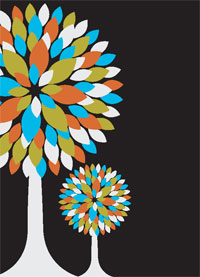 As the 12th meeting of the Conference of the Parties to the Convention on Biological Diversity (CBD) got under way in Pyeongchang in the Republic of Korea it had a momentous achievement to celebrate. CBD’s top decision-making body kicked off its meeting on October 6, just days ahead of the Nagoya Protocol coming into force on October 12.

This protocol was agreed upon by CBD members in the Japanese city of Nagoya in 2010, and it has taken all of four years for it to be ratified by the required number of members before it could become operational. The Nagoya Protocol on Access to Genetic Resources and the Fair and Equitable Sharing of Benefits Arising from their Utilisation—to give its full and self-explanatory title—comes none too soon. The world is grappling with a deepening crisis of biodiversity loss. Forests are being plundered for their natural resources, habitats of endangered species of flora and fauna are under increasing pressure, wetlands make way for urban settlements and local communities are ousted from their age-old settlements. Coupled with all this is the rising instances of biopiracy of genetic resources. Biopiracy is the misappropriation of bio-resources and traditional knowledge by companies or institutions that use it to manufacture products which are then marketed with protection of the intellectual property rights (IPRs) of the usurpers.

Admittedly, the Nagoya Protocol is not the perfect bulwark against these depredations. For one, it fails to provide clear text on how the CBD should deal with intellectual property and biopiracy allowing developed countries to raise objections in other forums such as WIPO about measures calling for the disclosure of origin of genetic resources.

Yet, the Nagoya Protocol is quite a triumph in the continuing struggle of indigenous peoples and local communities to assert their rights over natural resources since it enjoins members to “take into consideration indigenous and local communities’ customary laws, community protocols and procedures … with respect to traditional knowledge associated with genetic resources.”

Africa is showing the way in a spectacular fashion—and India needs to learn from the trendsetting experiments that are under way there. One example: In June this year, around 6,700 Khoe people who live in Namibia’s Bwabwata National Park and in the Kavango and Zambezi regions, came together to develop a biocultural community protocol of the Khoe community who are primarily hunter-gatherers. According to a report in the Namibian, the Khoe developed the protocol with the help of the Namibian Ministry of Environment and Tourism and Natural Justice, an international collective of environmental lawyers.

The protocol, says Sanjay Kabir Bavikatte, co-founder of Natural Justice who has represented indigenous communities in their struggle to secure their rights to their ways of life and territories, seeks to “articulate the Khoe’s values, priorities, and procedures for decision-making around their resources, as well as set out their rights and responsibilities under customary, state and international law.” The protocol will be the basis for dealing with government, companies, academics, and NGOS who want to use the traditional and genetic resources of the Khoe for research, commercialisation and conservation.

In India, on the other hand, the Narendra Modi government is seeking to water down the Forest Rights Act to take away whatever little community rights it confers on the forest dwellers. Modi and his Minister for Environment and Forests should look towards Africa to learn a thing or two about empowering local communities. That is assuming they care at all for such concepts.