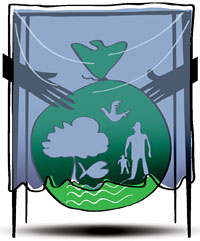 In the season of scandals and wrongdoing, all other frauds have been overshadowed by the gargantuan 2G swindle because it has been accompanied by murky disclosures of how businessmen and politicians subverted every pillar of our democracy. Naturally, everything else pales in comparison. But there are more scary skeletons in our cupboard of scandals, one of which tumbled out barely noticed last month. This relates to the National Biodiversity Authority (NBA) and would be difficult for even the best of auditors to put a figure to this scam.

In the case of spectrum the Comptroller and Auditor General of India (CAG) says the exchequer was short-changed by as much as Rs 1,76,379 crore. But can it put a figure to the loss caused to India’s biological resources? Whatever the country has lost is irreplaceable. CAG’s findings on biodiversity conservation, in particular, will fill environmentalists with dismay. It turns out that a lax NBA allowed commercial enterprises to exploit biological resources with very little monitoring, although the authority was set up in 2003 specifically for the regulation, conservation and sustainable use of India’s bio-resources, and most importantly, to ensure the equitable sharing of benefits arising from the use of such resources.

However, even six years after its formation, “NBA could not notify important regulations on access to biodiversity and transfer of results of research and intellectual property rights (IPRs),” CAG says. Among the serious shortcomings was that it did not draw up lists of endangered medicinal plants—nor measures for their conservation. Similarly, NBA’s efforts in identifying threatened, endangered and endemic species were grossly inadequate as lists were prepared for only seven out of 28 states.

CAG has only confirmed what is known. Environmental groups tracking NBA have been warning that the authority’s processes are far from transparent, and have raised disquieting questions on the access being provided to companies to exploit India’s biological resources without due process. A report titled ‘6 Years of the Biological Diversity Act in India’, prepared by Kanchi Kohli and Mashqura Fareedi from Kalpavriksh environmental group and Shalini Bhutani of the international non-profit GRAIN and released in early 2009, had pointed out serious flaws with NBA’s style of functioning.

To start with, NBA, then headed by P L Gautam, a former senior scientist with the Indian Council of Agricultural Research, had refused them access to documents on its proceedings. It was only after Kohli filed a Right to Information application in 2007 that the researchers were able to get some data. But even then they were stonewalled for eight months and given incomplete information.

Thereafter, she filed a complaint with the Central Information Commission which ordered NBA to provide the required documents. This was a curious stance for NBA to have taken since people’s committees are mandated to participate in its decisions at various levels. This is what researchers uncovered.

The total approvals for accessing biological resources was 315 (as of September 2008) and, shockingly, as many as 161 had been granted in one meeting! Of these, 246 had also been given IPR approvals. But here is the appalling part: the number of benefit-sharing cases was nil and not a single benefit claimant had been identified. Under the law, biological resources belong to the communities that have been nurturing these over the ages. Not only did NBA ignore this aspect, it had not even formulated benefit-sharing guidelines.

The CAG report is equally perceptive and highlights concerns on the loss of biodiversity to foreign commercial enterprises. It notes that the Biodiversity Act (2002) empowers NBA to oppose the grant of IPR in any country outside India on biological resources obtained from here or on knowledge associated with such resources. Although NBA had appointed a legal consultant in November 2005 it “did not take effective action to contest questionable IPRs”. It also did not set up a monitoring cell to keep track of IPRs granted outside the country although the authority had assured Parliament in February 2006 it would do so.

Tailpiece: Just recently, Gautam relinquished charge of NBA and took over as chairperson of the Protection of Plant Varieties and Farmers’ Rights Authority.