New answers to old questions on biosafety of GM crops 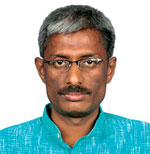 Entomopathogenic bacterium Bacillus thuringiensis (Bt) and its toxins have been extensively used for pest control in agriculture and forestry and in public health programmes since the 1930s. At the core of such application are protein crystals that get synthesised when Bt cells develop spores. The proteins called Cry (from Crystal) are inimical to certain insect groups.

Transgenic plants containing Bt genes, commercially available since the 1990s, are developed by transferring genes to produce specific Cry proteins like CryIAc and Cry2AB. It is presumed the genes perform the same function of producing the toxin in the plant as they were doing in the bacterium and hence are safe for the environment.

However, field experiences show various problems: allergenicity, toxicity to non-target organisms and effects on soil fertility. Industry and pro-GM scientists dismiss such problems, asserting that Bt toxins have no unintended effects and claiming that GM and non-GM crops are substantially equivalent. Latest studies have raised questions about such claims. In an article in the June 2011 issue of Journal of Biosciences, Delhi University scientists reported that the expression of the Cry1Ac endotoxin has detrimental effects on the development of transgenic plants. The plants that showed appreciable CryIAc expression were phenotypically abnormal: they were malformed. This suggests preferential selection is at work while transgenic plants mature: those that express low level of Cry1Ac have better chances of coming through compared with ones expressing appreciable levels of the gene.

Deepak Pental, one of the authors of the paper, is a member of the Genetic Engineering Approval Committee (GEAC) and was the chairperson of the Expert Committee-I on Bt Brinjal.

Several researchers, including Kesavraj Kranti, director of the Central Institute of Cotton Research and member of GEAC, have observed that the expression of the Cry1Ac gene is not uniform during the life cycle of the Bt cotton. Kranti has also observed that the expression of Cry1Ac protein is highly variable in different parts of eight Bt cotton Bollgard hybrids and—more importantly—the expression declined progressively over the plant’s life cycle. He observed the lowest expression in the ovary of flowers and rind of the young green bolls—the sites most preferred by the bollworm—implying the crop could be most vulnerable to insect attack during flowering. This could hugely reduce crop yield.

Low expression of the Cry1AC gene will also negate the Insect Resistance Management strategy, which dictates the toxin level be several-fold higher than that required to kill all target insects. The low expression militates against development of plants bearing high levels of the toxin. Bt cotton in Gujarat and other areas in the country where the pink bollworm has become Bt-resistant are most likely plants with low levels of CryIAc expression. Bt Brinjal is likely to meet the same fate because the brinjal and fruit shoot borer it targets is a monophagous pest like the pink bollworm—it feeds only on brinjal.

The reason for the detrimental effects of Cry1Ac on plant growth and development is not known. However, the finding gives leads to understanding several problems about Bt genes.

Phenotypical abnormality in plants with high levels of CryIAc expression could be a result of a metabolic aberration during the process of gene transfer or gene itself. Such metabolic abnormality can also cause allergies and produce toxins detrimental to non-target organisms like friendly insects, soil microbes, cattle or other mammals, including humans, feeding on the plants or its products. Earlier reports on toxicity to monarch butterflies, reduced soil fertility and the controversial phenomenon of animal morbidity/mortality could be explained with more research along these lines.

The authors suggest that targeting of Cry1Ac into chloroplasts rather than nuclei can lead to plants expressing higher levels of Cry1Ac and better insect resistance. However, the finding that expression of a Bt toxin per se is detrimental to plants is significant since the toxin was thought to harm only certain insects. The findings reveal large knowledge gaps and actual problems associated with Bt crops. Bt crops should be banned till further research shows the technology can be precise, predictable and controllable in addition to being safe. 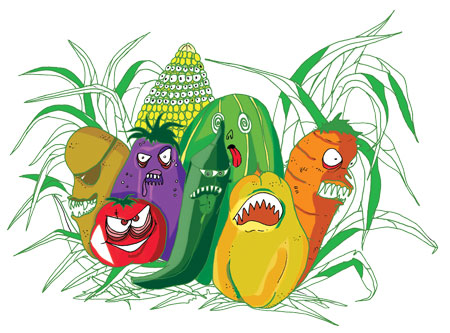