What should I eat now? Is there nothing that is safe?” This is what I am asked every time the Centre for Science and Environment (CSE) does a study on toxins in food. It is a fact that our food is becoming unhealthy—not because of deliberate adulteration but because we are choosing to produce it in unsafe ways. India is at the beginning of industrial food production focused on efficiency and profits, and not on consumer safety, so it still has a choice to get it right. Why should the country not exercise its right to food that secures livelihoods and nutrition? 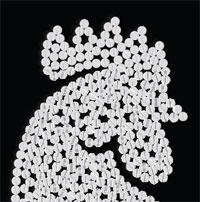 This time CSE has looked at antibiotics in chicken. Its laboratory bought 70 samples of chicken from different markets across the National Capital Region. It analysed each animal for six antibiotics: oxytetracycline, chlortetracycline and doxycycline (class tetracyclines);enrofloxacin and ciprofloxacin (class fluoroquinolones) and neomycin, an aminoglycoside. All these antibiotics are critical for humans. These are the same medicines we are prescribed when we are taken ill. These are life-saving drugs.

Today we know antibiotic resistance is almost a health pandemic. It is said that humans are headed towards a post-antibiotic era, where these miracle medicines will not work. No new class of antibiotics has been discovered for the past 20-odd years, so what we have is what we should keep for critical treatment. It is well known that resistance is growing because of our overexposure to antibiotics. A drug is no longer effective for treatment when microbes become resistant to it.

But we do not realise that our overexposure to antibiotics is also growing because of the food we eat. This food has been grown by serving it antibiotics. This is what CSE found in the chicken samples. Of the 70 samples, 40 per cent—every second chicken tested—had antibiotic residues and 17 per cent of the samples had more than one antibiotic present in the muscle, kidney or liver.

Should we then stop eating chicken? Or should we insist that poultry is produced without antibiotics?

The poultry industry uses antibiotics not to treat the diseased chicken. It uses antibiotics because it is worried that chickens will get diseased. They are bred in overcrowded and often highly unsanitary conditions, so chicken farmers pump antibiotics in the water birds drink to prevent any outbreak. Their need to use antibiotics comes from the method they have chosen to produce food.

This is not all. The poultry industry also uses antibiotics for profit. When the chicken is given antibiotics-laced feed, it puts on weight. Farmers, therefore, buy antibiotics in bulk and mix them in chicken feed. Or they buy the pre-mix feed made by the big poultry. It includes antibiotics and its label claims it will promote growth in broiler chicken.

And why not? There is no regulation against the use of antibiotics in chicken. At best, the government has issued weak and inconsequential guidelines for “judicious” use of antibiotics in animals. The Bureau of Indian Standards specification for poultry feed does say that antibiotics should not be used as growth promoters, but it is not mandatory.

This is where we need to choose the direction of future policy—the way we will produce food and regulate safety. There are three options before us. One, that we follow the US, which has not yet regulated the use of antibiotics as growth promoters in its industry. Instead, it has set limits for antibiotic residues that can be present at different levels in different parts of the chicken—kidney, liver or muscle. Or we can follow Denmark, Sweden and some others who restrict and even ban the use of certain antibiotics in animals. Or we can find another approach, even better for health and livelihoods. Let us discuss this.