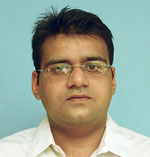 It is increasingly getting difficult to report on UN climate change meetings. In how many ways can one report that nothing happened, meeting after meeting.

We were once again at the Hotel Maritim in Bonn (fifth time since last March) hoping to get something new to report. Many had bid emotional adieu to Maritim last August with assurances that from next time meetings in Bonn will be held at a spanking new conference centre. It was not be and delegates had once again gathered there, inheriting the mess that came out of Copenhagen. There were large numbers of questions. What will be the status of the infamous Copenhagen Accord? Will it be incorporated into the negotiating texts? Will it be a separate legal document? But it was clear to me that most journalists were not interested in the big picture.

Most complained that they (and more importantly their readers) were bored to death with the news of no progress. So most were concentrating on small specifics. Be it statements emanating on MRVs, an issue close to heart of developing countries or, even spicier, fights between nations in negotiations. So when Saudi Arabia and Brazil clashed in a subsidiary body meeting it made news. Again when Saudi’s vetoed the move of small island nations to get a review done on what would entail to restrict global warming to a 1.5 degree target, it made headlines. Canada reducing its emission reduction target was news. Such were the stories emanating from Bonn.

Main negotiations showed no sign of progress by the end of first week. There was some excitement about the new executive secretary. Each day the UNFCCC media office was getting a few requests for an exclusive interview with Christiana Figueres, the incoming executive secretary. She declined any interviews till she took over, which will be from July 1. She did however interact, informally, with a few agency reporters and was candid enough to admit that she did not think the World would reach a complete climate deal in her lifetime. What a controversial statement from the incoming boss? That made the front page news in quite a few publications. Delving deeper into what she said, she was actually right. The ever deepening fissures between nations are only making a deal extremely difficult to reach. It is often said that good news is no news. But in climate change negotiations bad news (no agreement) has become no news. Reporters eagerly await any good news of a deal being reached. Be it on the most insignificant aspects. But there wait got longer in Bonn.

As the talks inched towards the end, many reporters were asked to file final assessments of Bonn. I had only one advice to give them. If anything, we have gone backwards from where we were at the last year’s meeting here. Because last year we at least had a 200-page draft negotiating draft over which Parties could haggle at the next meeting. This year the process followed by the new Chair of Ad-hoc working group on long-term cooperative action (LCA) resulted in rejection of the draft text she had prepared and presented to Parties on the last day.

In fact the new LCA Chair changed the entire process on its head. So instead of negotiating for the two weeks spent in Bonn, the Parties were asked to offer their views on different areas. The Chair would, everyday, prepare a set of questions on a particular theme and ask the Parties to come up with their views. On the basis of this she prepared what she thought would be a streamlined text of 22 pages. She was proven wrong. On the last day, developing countries, one after another, criticized the advance draft text she had prepared and said that it favoured developed countries and specifically those who wanted to “kill the Kyoto Protocol”. Countries like China criticized the process she followed saying that they were not negotiating with the Chair but with the Parties. So the draft text was rejected and now Parties would again, in August in Bonn, spend time adding their versions to the text. By August we might go back to 200-page text. So how does it sound for progress? Weren’t we better off last year?

Lets now prepare for the next meeting, finding new ways to report on no progress.