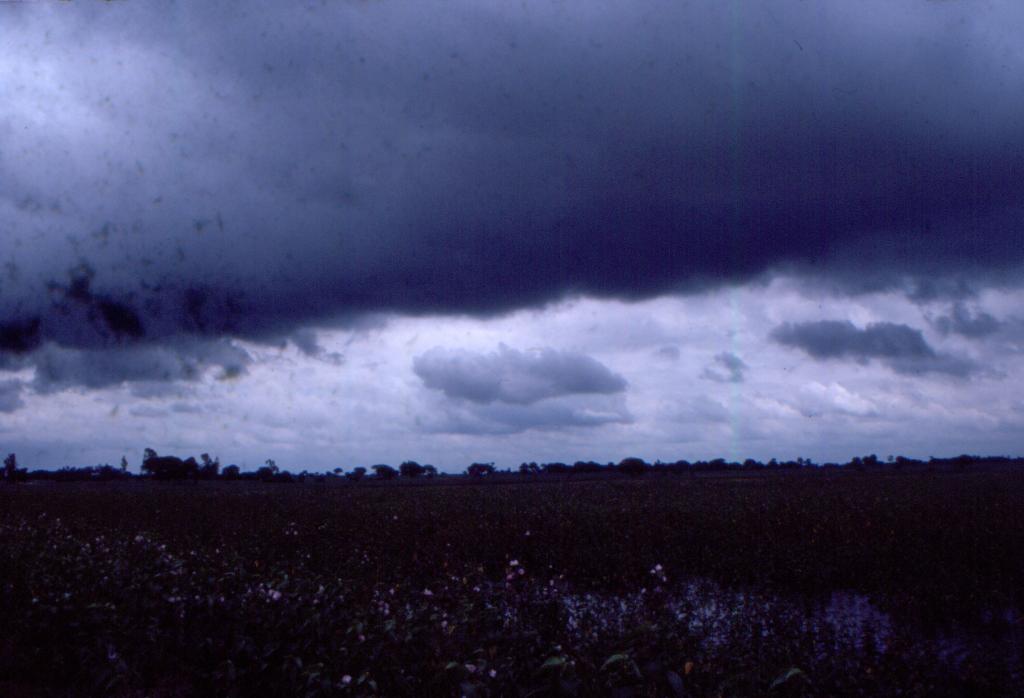 Well, it’s official: 2021 was one of the planet’s seven hottest years since records began, the World Meteorological Organization (WMO) declared this week. The year was about 1.11℃ above pre-industrial levels — the seventh year in a row that the average global temperature rise edged over 1℃.

The WMO report echoes two separate official US analyses released last week that found 2021 was the sixth hottest year on record, tied with 2018.

For many of us in Australia and overseas, however, 2021 may have felt generally colder and rainier than usual. This is because of the effect of back-to-back La Niña events, a natural phenomenon that brings cooler, rainier weather in our region.

The fact 2021 was among the world’s hottest years despite these cooling forces shows just how strong the long-term warming trend is. Indeed, 2021 may well be the coldest year we’ll ever experience again. Let’s reflect on the year that was, and what we can expect for this year and beyond.

La Niña dampens the heat, but not enough

2021 started and ended with La Niña events. While it’s unusual for this climate phenomenon to occur two years in a row, it’s not unheard of.

In La Niña years, we see the global average temperature decrease by about 0.1-0.2℃. So how does it work?

During La Niña we see cool water from deep in the Pacific Ocean rise to the surface. This happens when wind strength increases at the equator, which pushes warmer water to the west and allows more cool water to rise off the coast of South America.

Essentially, the net transfer of energy from the surface to the deeper ocean brings the average global surface temperature down. While La Niña is a natural phenomenon (it’s not the result of human activities), human-caused climate change remains a constant underlying influence that sets a long-term warming trend.

The La Niña conditions of 2021 took the edge off the global average surface temperature. Parts of Australia, southern Africa and northwestern North America saw cooler temperatures during 2021 compared to recent years as the effects of La Niña kicked in.

Unless we have another strong La Niña very soon, we’re going to keep seeing even hotter years than 2021 for the foreseeable future until net global greenhouse gas emissions cease.

A year with massive, extreme events

As the world warms we’re becoming more accustomed to extreme events, especially severe heatwaves. This was no different for 2021, which was characterised one incredibly extreme heat event in particular, which occurred in western North America.

In late June and early July, heat built over northwest United States and southwest Canada. New temperature records were set across the region — at some sites, by several degrees. A staggering 49.6℃ was recorded in Lytton, British Columbia, which is Canada’s highest temperature measurement.

This heatwave was disastrous, including in Seattle and Portland where death rates spiked. Soon after, wildfire destroyed the town of Lytton.

While many other parts of the world also saw heatwaves, including significant events in Europe and Asia, the western North American heatwave stands out. The scale of this event would have been virtually impossible without human-caused climate change.

Severe floods were also a feature of 2021 in many places. Short bursts of extreme rainfall that bring flash flooding are becoming more frequent and intense due to the human influence on the climate. We saw especially devastating events in central Europe and in China in July.

Australia not only experienced back-to-back La Niña events, but also the negative Indian Ocean Dipole — a bit like the Indian Ocean’s version of La Niña, bringing cool, rainier weather to Australia during winter and spring.

And still, 2021 was warmer than any year in the observational series prior to 1980. In fact, Australia is warming faster than the world as a whole, with Australian temperatures already up about 1.4℃ since 1910.

However, the influence of climate change on extreme rainfall in Australia is less clear than for other parts of the world because Australia has a high climate variability - swinging from drought to flooding rains and back again. Another reason is because our major floods are often caused by extreme rain that falls for several days, and the effect of climate change on this type of rain is difficult to unpick.

We can’t forecast the weather beyond about ten days, but we can make a couple of forecasts for 2022 with confidence.

First, while 2022 may experience a slight cooling influence from the ongoing La Niña, it will still be among our warmest years. To have an individual year as cool as those we experienced as recently as the 1990s is exceptionally unlikely due to our high greenhouse gas emissions.

Second, there will be more extreme heat events somewhere on Earth this year, because our influence on the climate has greatly increased the odds of record-breaking heatwaves occurring.

Even if we start acting on climate change with more urgency, we will experience more frequent and intense heatwaves in coming years. This means we need to build greater resilience to these extremes and adapt cities and towns to a hotter world.

Beyond 2022, we know we will see continued global warming until we stop emitting greenhouse gases into the atmosphere. And with global carbon dioxide emissions rebounding to near-record levels in 2021 after a brief drop in 2020 from the pandemic, we’re a long way off stopping global warming.

Rapid decarbonisation is needed to reduce further warming of the planet. It’s not too late to avoid the most dangerous climate change impacts.