An amendment to the Montreal Protocol without addressing IPR issues of HFOs would mean that the entire MAC sector would be at the mercy of three companies—DuPont, Honeywell and Arkema 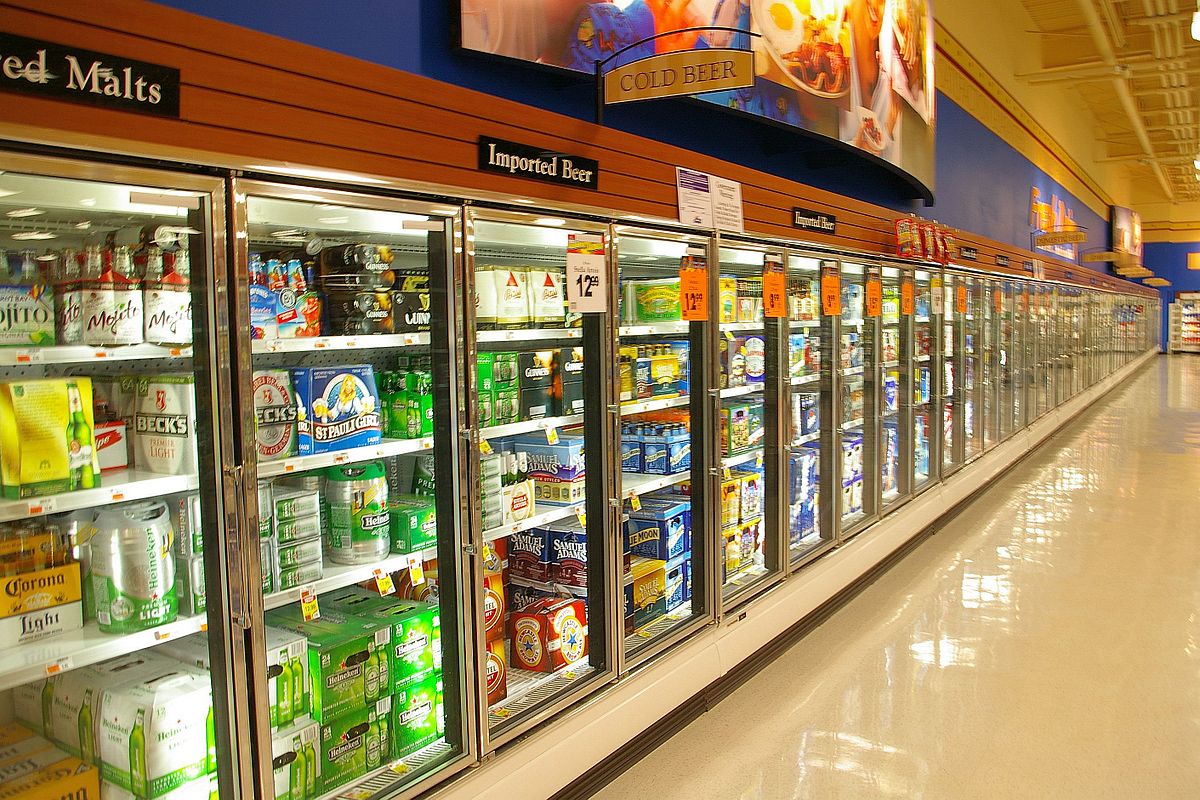 Of all the HFCs likely to be used in developing countries till 2030 in the business-as-usual scenario, the majority will be used in room air-conditioning and commercial refrigeration sector (Photo courtesy: N-Lange.de/Own work, GFDL, Wikimedia Commons)

Negotiations are going on under the Montreal Protocol to reduce the global use of Hydrofluorocarbons (HFCs)—a family of super greenhouse gases with global warming potential (GWP) which is thousands of times more than that of carbon dioxide. But Intellectual Property Rights (IPR) of some alternatives are turning out to be a major impediment to a possible global deal which must be reached by October of this year.

HFCs are third generation fluorinated refrigerants used in air conditioners, refrigerators and car air conditioners (also called mobile air conditioners or MAC). Till 1990s, the world was dependent on Chlorofluorocarbons (CFCs or Freon) refrigerants. As CFCs were held responsible for creating ozone holes, the Montreal Protocol was signed by all countries to phase out CFCs. Developed countries phased out CFCs by the year 2000 and developing countries did that by 2010. Countries moved from CFCs to Hydrochlorofluorocarbons (HCFCs). HCFCs were an interim solution as they had lower ozone depleting potential (ODP) than CFCs and also caused global warming. So, an amendment was made to the Montreal Protocol to phase down HCFCs as well. Developed countries agreed to freeze the use of HCFCs by 2004 and phase them out by 2020. Developing countries too agreed to freeze HCFCs by 2013 and phase them out by 2030.

The substitute to HCFCs is HFCs. HFCs do not cause damage to the ozone layer but have high GWP. Developed countries have more or less moved to HFCs from HCFCs and developing countries have started phasing in HFCs. So, the world is again negotiating an amendment to the Montreal Protocol to reduce the use of HFCs to keep climate change within manageable limits.

One of the main alternatives to HFCs is HFOs (Hydrofluoroolefins). In the last few years, DuPont and Honeywell—two big multinational chemical companies of the US—have come up with these patented chemicals and their blends to replace HFCs. The most prominent among HFOs is a refrigerant called HFO1234yf that can potentially replace the current refrigerant—HFC 134 a—in the automobile air conditioning sector. Though, HFOs have very low GWP, there are major concerns around the products of its degradation. HFOs degrade quickly and produce a chemical called Trifluoroacetic Acid (TFA). TFA is highly soluble in water and is a persistent and toxic chemical. It is likely to remain and bio-accumulate in the environment for a long time and has a negative effect on aquatic animals and plant growth.

Developing countries are concerned that an amendment to the Montreal Protocol to phase down HFCs will lead to higher costs to them because of the patent and licences on these chemicals. They also believe that their own fluorinated gas industry will suffer because of this transition. However, so far they have had little clarity on what IPR on these chemicals actually entails.

Over the past few months, Centre for Science and Environment (CSE) and Council of Scientific and Industrial Research - Unit for Research and Development Information Product (CSIR–URDIP), have been researching the number and nature of patents filed in India on HFOs. We have just published our report and the results are startling.

Multinational companies like Honeywell, DuPont and Arkema have filed 107 patents in India on production and use of HFOs in the refrigeration and air-conditioning sector (RAC). The highest number of patents was filed during the 2008-10 period, coinciding with the start of discussions under the Montreal Protocol to phase down HFCs. 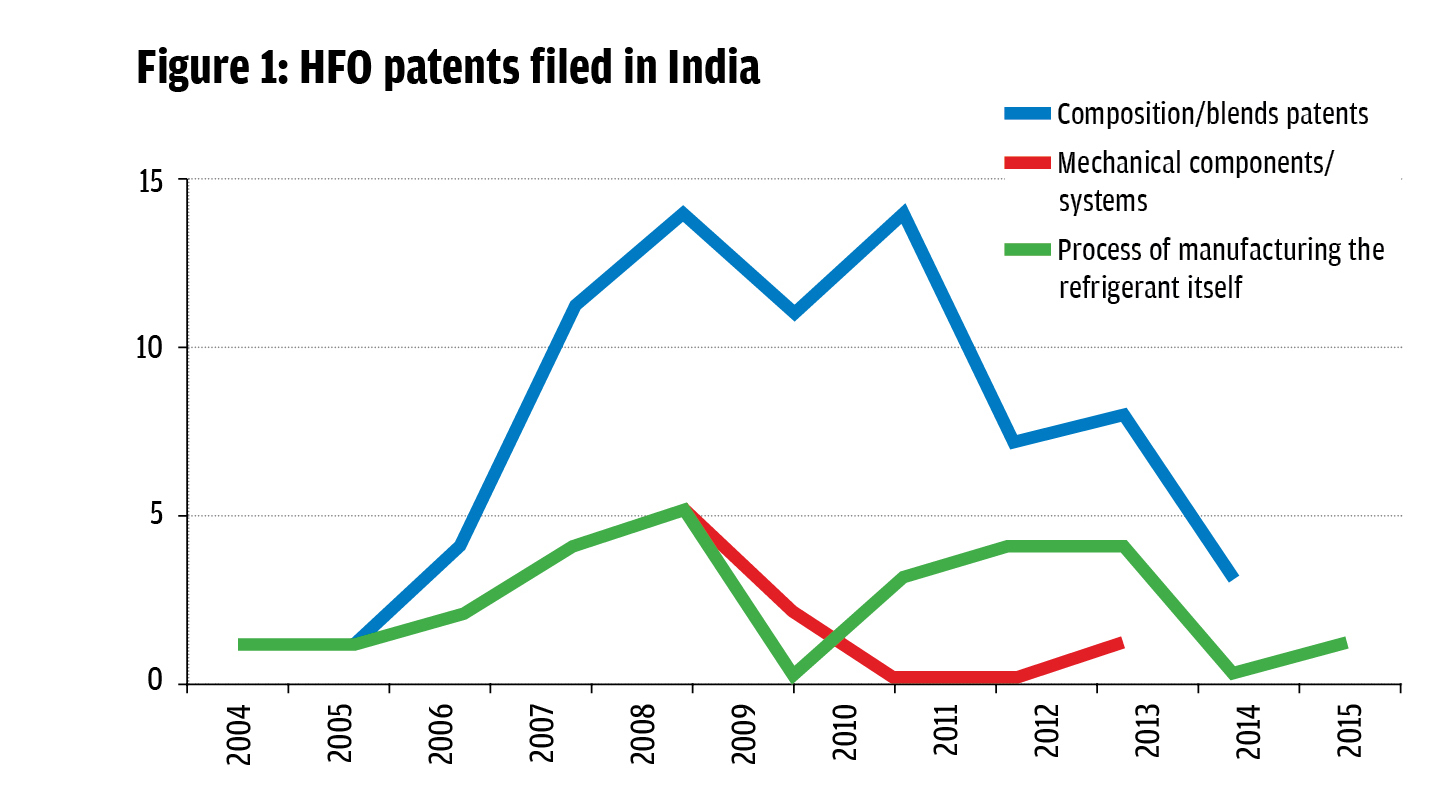 Of the 107patents filed:

Our analysis shows that the nature of the patents is such that no company in India can produce or sell HFOs or its blends without license of the aforementioned companies. Even if a company in India manages to produce HFOs through a non-patented route, they can’t sell it because these companies have application patents. This is a ring-fencing strategy. They have applied and got such broad-based patents that it even blocks research on HFOs, thereby negating the very purpose of IPR. Let us explain this with an example.

It was granted by India Patent Office in 2012 to Honeywell. This is a patent to use HFOs blend in the MAC systems.

So, what do the claims mean?

The above claims essentially mean that any kind of HFOs (C3 and C4 fluoroalkene) in the broad range of percentages (5-99 per cent by weight), in combination with any HFCs (C2 or C3 fluorohydrocarbons) and in combination with specific lubricants and operating conditions, cannot be used or sold as refrigerants to the MAC sector by any company without taking license from Honeywell. The claims are so broad that it leaves no scope even for research to find new ways of using HFOs in the MAC sector. This directly contradicts the very purpose of patents.

Patents are granted to put information in the public domain so that further innovation can take place. For this, the inventor is rewarded with exclusive rights for 20 years to benefit from his/her invention. In case of HFOs, though the information has been put in the public domain, there is hardly any scope for innovation as the claim under the patent encompasses almost everything.

Companies have filed patents on HFOs in all important automobile manufacturing countries thereby ensuring they cover the MAC sector across the world. So, even if Honeywell has not filed patents in, say, Bangladesh for HFOs, Bangladesh would still be covered because they buy cars from Japan and Korea where these patents are applicable. So, HFO patents impact all developing countries.

The automobile sector is highly concentrated. The top 10 companies produce 70 per cent of all automobiles (where MAC is likely to be used) worldwide. The manufacturers are mostly based in Japan, the EU, the US and South Korea.

The US and the EU have already put policies in place that are incentivising the use of HFOs in the MAC sector. The EU MAC directive restricts refrigerant use to those with a GWP of less than 150, thereby banning HFC-134a. This rule will apply to all new cars from 2017. Similarly, the US Corporate Average Fuel Economy (CAFE) standards give credit if a car has an efficient MAC system or uses a low-GWP refrigerant like HFOs. Nearly all multi-national MAC suppliers have already developed systems with HFOs.

In countries like India and China, companies have adopted a different strategy. For cars exported to the US and the EU, they have decided to use MAC with HFOs. For cars sold domestically, they are using HFC-134a systems. However, once an amendment is agreed to under the Montreal Protocol to phase down HFCs, it will give a signal to these companies to move to HFOs for the domestic market, as they would like to use a single platform for all cars. This is exactly what happened during the phase-out of CFCs in 1990s. The MAC sector was the first sector to move directly from CFCs to HFC134a.

An amendment to the Montreal Protocol without addressing IPR issues of HFOs would mean that the entire MAC sector would be at the mercy of three global monopolies—DuPont, Honeywell and Arkema.

The current cost difference between the HFO1234yf and HFC134a is about US $50 per kg. The average cost of shifting to HFO1234yf per car is likely to be in the range of $200-$300. Though this is not a high number per car, for a country like India, which produces about 3.2 million passenger vehicles per year, the cumulative cost of transition could be close to $1 billion per year.

The fact is that the Montreal Protocol has been a chemical treadmill—CFCs to HCFCs to HFCs. We should not be pushed again to a different chemical (HFOs) without understanding its long-term impacts and without solving the patent issue. Fortunately, our research shows a way out.

The recent report of the Technology and Economic Advisory Panel of the Montreal Protocol indicates that MAC sector is important but not a priority for developing countries. Of all the HFCs likely to be used in developing countries till 2030 in the business-as-usual scenario, only about 10 per cent will be used in the MAC sector. The majority will be used in room air-conditioning and commercial refrigeration sector. These two sectors should be our priority. Fortunately, we also have many alternatives in these two sectors. This would lead to significantly lower transition costs in these two sectors compared to the MAC sector.

All these natural refrigerants have low GWP and are also more energy efficient. 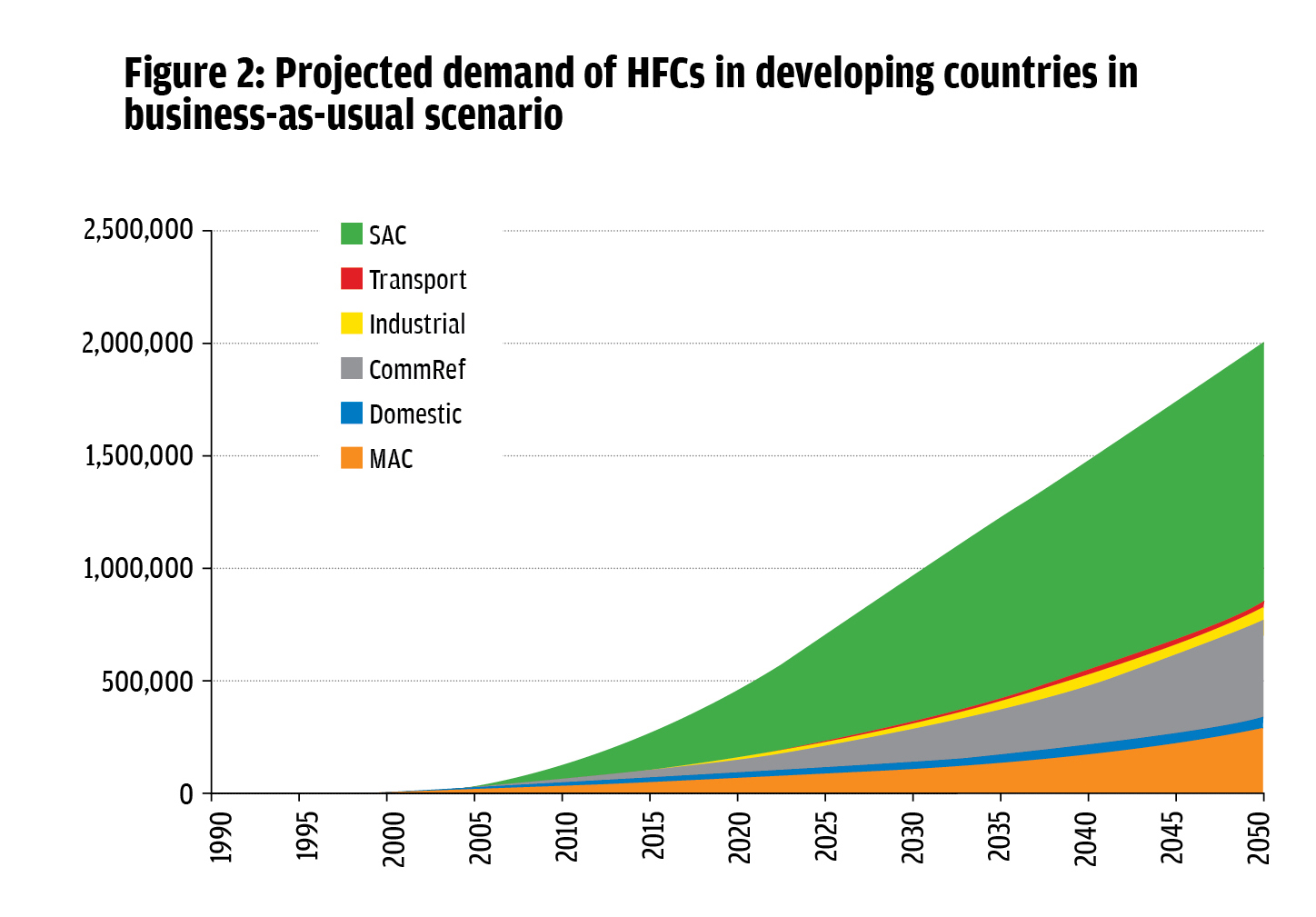 We, therefore, believe that the amendment to the Montreal Protocol should exclude the MAC sector. This is the only way we can avoid the trap of HFOs. MAC is the only sector where no alternative to HFOs exists. In the amendment, however, we can insert a clause that allows for the review of the MAC sector every five years. If after five years, we find that HFOs are safe to use and the IPR issues have been addressed, we can include MAC sector in the phase-down schedule.

This strategy will avoid acrimony between developed and developing countries on the issue of IPR. We will, therefore, have a greater chance of getting an ambitious amendment this year. Otherwise we risk either no amendment or a poor amendment that does little to reduce HFC use in the world.