Amid hurricanes and wildfires, Trump gives science a cold shoulder 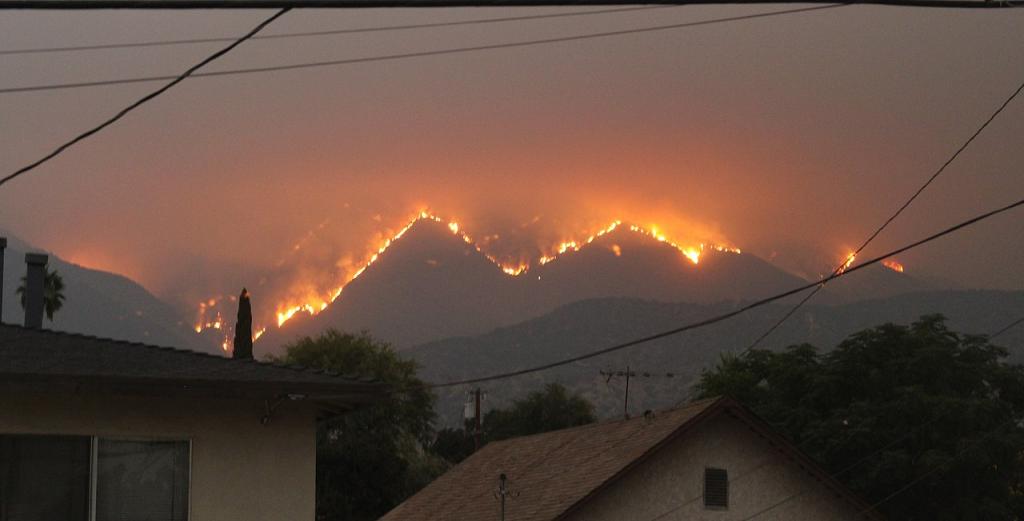 At least four different disasters struck the United States in August 2020: Hurricanes Laura in the Gulf Coast and Isaias on the East, the wildfires on the West Coast and the Midwest derecho, as monitored by the National Oceanic and Atmospheric Administration’s (NOAA) GOES-R series of satellites.

And yet, on September 15, President Donald Trump ignored the scientific consensus about climate change wreaking havoc on human and natural systems and reinforced his climate-denialist rhetoric.

Trump travelled to Mclellan Park, Northern California, for a briefing by the State officials on the ongoing wildfires. California’s Secretary for the Natural Resources Agency, Wade Crowfoot, urged the President not to ignore the dangers of the climate crisis.

“If we ignore that science and sort of put our head in the sand and think it’s all about vegetation management, we’re not going to succeed together protecting Californians,” he said.

According to a CNN report, Trump was asked about the role played by climate change in the California fires by a reporter prior to the briefing.

“Well, I think this is more of a management situation. If you look at other countries, if you go to other countries in Europe, Austria, Finland — they are forest nations. They are in forests and they don’t have problems like this,” the President responded. He also suggested that other nations need to take responsibility for their levels of pollution more than the US, because the US is “just a small speck.”

This is far from the truth — the US is still the world’s second largest emitter. It is also set to pull out of the Paris Climate Agreement later this year.

In a similar vein to President Donald Trump’s assertion, the United Kingdom-based climate change-sceptic group ‘The Global Warming Policy Foundation’ released a paper The US Climate in 2019 on September 18. The paper stated:

[In the US] The temperature has risen a little, but temperature extremes are still a long way off the levels seen in the 1930s. And there has been a reduction in cold spells and climate-related deaths, so in many ways, the US climate has become less extreme compared to previous ages.

The press release opened with the statement: “The US climate has been changing very gradually, and mostly in a benign way.” The concerted efforts to discredit the scientific consensus over anthropogenic climate change have been continuing for decades in the United States and show no signs of abating.

This statement is astounding, considering threat to life, environment and property as well as chaos brought by the wildfires. Currently, over five million acres of forests and chaparral have been destroyed in California and Oregon; as many as 27 deaths have been reported.

A record-breaking five hurricanes were churning in the Atlantic basin at the same time this week, Hurricane Sally made landfall on the Gulf Shores and carried heavy rain inland as far north as Virginia as reported by the National Weather Service, with damages to the tune of $8-10 billion.

Hurricane Teddy is in category 4 and is expected to make landfall in Texas next week. Tropical Depression 22 has formed in the Gulf of Mexico, and could manifest as Hurricane Wilfred if it develops further, ending the list of 21 hurricane names set by storm monikers for 2020.

According to an ongoing temperature analysis conducted by scientists at National Aeronautics and Space Administration’s Goddard Institute for Space Studies (GISS), the average global temperature on Earth has increased by a little more than 1 degrees Celsius since 1880.

The US temperature has increased by 14° Fahrenheit (0.1°C), as the climate is not restricted by borders and is a complex system and the concept of connected extreme events is an explanation to the US experiencing climate induced disasters. This is in line with the 2018 Intergovernmental Panel on Climate Change’s (IPCC) report, Managing the Risks of Extreme Events and Disasters to Advance Climate Change Adaptation (IPCC SREX) that states:

It is virtually certain that increases in the frequency and magnitude of warm daily temperature extremes and decreases in cold extremes will occur in the 21st century on the global scale… a 1-in-20 year hottest day is likely to become a 1-in-2 year event by the end of the 21st century in most regions, except in the high latitudes of the Northern Hemisphere, where it is likely to become a 1-in-5 year event. There is medium confidence that droughts will intensify in the 21st century in some seasons and areas, due to reduced precipitation and / or increased evapotranspiration, this includes Central North America, among other regions.

Exactly in line with the scientifically robust projections, the US is experiencing a barrage of climate change-related disasters: August was the third-warmest summer recorded in the US history with dry conditions dominating the West.

The problems are not restricted to the US. Things look grim for the international community as well. According to the United Nations’ Global Biodiversity Outlook report published on September 15, none of the goals laid out to conserve the world’s biodiversity 10 years ago have been met.

Leaders from 196 countries met in Japan in 2010 to agree on a 10-year plan to protect ecosystems, prevent the extinction of threatened species, and promote sustainability, in a roadmap known as the Aichi Biodiversity Targets. Out of the 20 goals, only six have been “partially achieved”.

While habitat loss for forests and tropical regions continues, wetlands have been declining and plastic and pesticide pollution in our oceans continues unabated.

Moreover, we have headed into the sixth mass extinction. Wildlife populations have dropped by more than two-thirds since 1970 and have continued to decline in the past decade, according to the report.

Urgent action is needed to reign in this spiralling crisis, and to steer that action we need leaders who acknowledge the findings of science and are willing to act in response. This is especially true for the United States, which needs to be led by sober climate realists.

As the world biggest contributor of greenhouse gas emissions (GHG) on per capita basis, strengthening their commitment to fight climate change is absolutely essential to keep global average temperatures below the threshold of 2°C.

Climate-induced disasters cost the US government $45 billion in 2019. Even if purely from an economic point of view, it would make sense for Donald Trump to be united in science with the rest of the world, working to reduce US’s GHG emissions and adapt to climate change rather than being the modern day Nero ready to let America burn based on false confidence and worse, false science.