Are we moving towards an 'equitable' climate deal in Paris?

In the wake of recent draft text playing down ‘equity’, the upcoming Bonn conference will be much more crucial 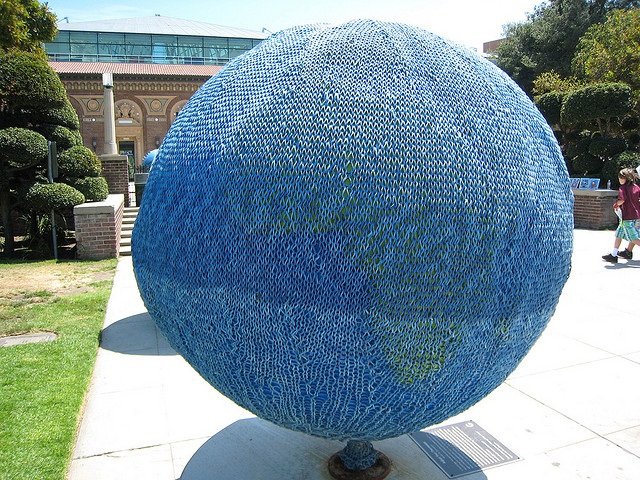 Climate change has been a high-agenda political issue this year. Now, everyone is looking forward to the Paris summit where the world will seal a new climate deal. All the hopes are pinned to the idea that the new climate deal would be fair, just and inclusive. However, the course of present developments does not convey the desired direction;for instance, the new draft text agreement released last week. The Non-Paper, as it is called, was put out by co-chairs Ahmed Djoghalf of Algeria and Daniel Reifsnyder of the United States, Ad hoc working group on the Durban platform (ADP), on October 5, 2015. ADP is an ad-hoc arrangement to negotiate the draft agreement to be adopted in the upcoming Paris summit in December to restrict global warming beyond 2ºC, as suggested by scientists.

The co-chairs had the mandate to produce and come out with a condensed yet “inclusive” draft version of the earlier longer draft text.

Equity and adaptation take a backseat

On an extremely critical note, this draft text, called as “Non-Paper” in the legal parlance, does not even once mention the word equity, as opposed to the word being used 30 times in the earlier text document. The term “historical responsibility” is also not explicitly mentioned anywhere in the text. Moreover, Common but Differentiated Responsibility and Respective Capabilities (CBDRRC) has been used only once with the added clause, in light of different national circumstances, which was the main outcome of the Lima summit in 2014.To suggest that historical responsibility is reflected in CBDRRC would be incorrect as the clause, in light of different national circumstances, focuses more on the current flow of emissions than the stock. Thus differentiation ceases to exist between the developed and developing countries. The new text is thus not in accordance with the principles and provisions of the original Convention. The current text has wiped out equity and the historical responsibility of the developed countries in addressing climate change. As a matter of fact, differentiation, as currently stands, is restricted to among the developing countries over prioritisation of decisions concerning finance and adaptation.

Secondly, though the document recognises the importance of the crucial issue of adaptation and also the support that it requires, it still is mitigation-centric in the sense that it recognises that over time, all parties should move to economy wide targets as part of their climate obligations. Thus, the concept of INDCs being comprehensive in their content is now reduced to mitigation centric in the current draft text. Regarding the twin issues of finance and technology transfer, the draft text, though acknowledges the importance of support for mitigation and adaptation, it does not mandate the developed countries for their obligations in this regard. The text has signaled scaling up of funds, with a mandate of US $ 100 billion by 2020 but does not mention the figures. Currently, the finance, in form of the Green Climate Fund, meant to help the developing countries is struggling for funds and has just four per cent of the required finance. The Non-Paper does not mention any mechanism to fulfill the mandate of US $ 100 billion by 2020 and merely urges the developed countries and also the developing countries that are in a position to do so to ratchet up the financial obligations. Thus differentiation is wiped out in financial obligations also. Moreover, in the text, climate finance and international development assistance (ODA) are being brought together wherein the developing countries have always stressed on ODA as additional to climate finance. The text carefully uses the phrase “technology development and transfer”, thus focusing more on cooperation for development of technology.

Loss and damage—another issue hailed by the poor and developing countries as extremely significant owing to their drastic vulnerability to climate change impacts—is not sufficiently addressed, with only one sentence in the text attributed to this element. The draft text merely acknowledges loss and damage.

To promote compliance and implementation of the provisions of the agreement, the draft text talks about establishing a process or a mechanism that will be “facilitative, non-punitive, non-adversial and non-judicial”. The Kyoto Protocol, the earlier legal treatise had a better and rigorous compliance mechanism. To ensure an effective treaty, implementation aspect needs to be strong which is clearly lacking in the present draft text document.

The document also talks about the importance of scaling of pre-2020 ambition but does not mention the mechanisms to do the same.

The Non-Paper, in its current form, is weak given the current lacunas and does not sufficiently address the concerns of the developing countries. The language, though carefully crafted, is inequitable and aligned to favour the developed world. Accepting this draft text would mean the end of the Convention as the current text has no reference to the provisions of the Convention. It would also mean that the burden of addressing climate change would clearly shift to the developing countries while the developed countries would be cleared off their historical responsibilities and obligations. It is crucial that the outstanding issues concerning the principles of the Convention and the issues held important for the developing countries are justly addressed. A few other issues that need to be addressed are the legal nature of the new agreement, the nature of INDCs and how they are to be treated, how and why would the countries scale up their emissions reduction pledges in case of insufficiency. The current draft text upholds the Synthesis Report to determine the cumulative impact of the INDCs submitted by the countries and there is no mention of the individual assessments of the INDCs. Considering the complacencies and technicalities involved with the issues,resolving them would require great political will, a greater understanding of the urgency to address the climate change issue and also sensitivity towards the less privileged and weak countries that suffer the most due to climate impacts. The next ADP session scheduled in Bonn from 19-23 October 2015, will now hold more significance.