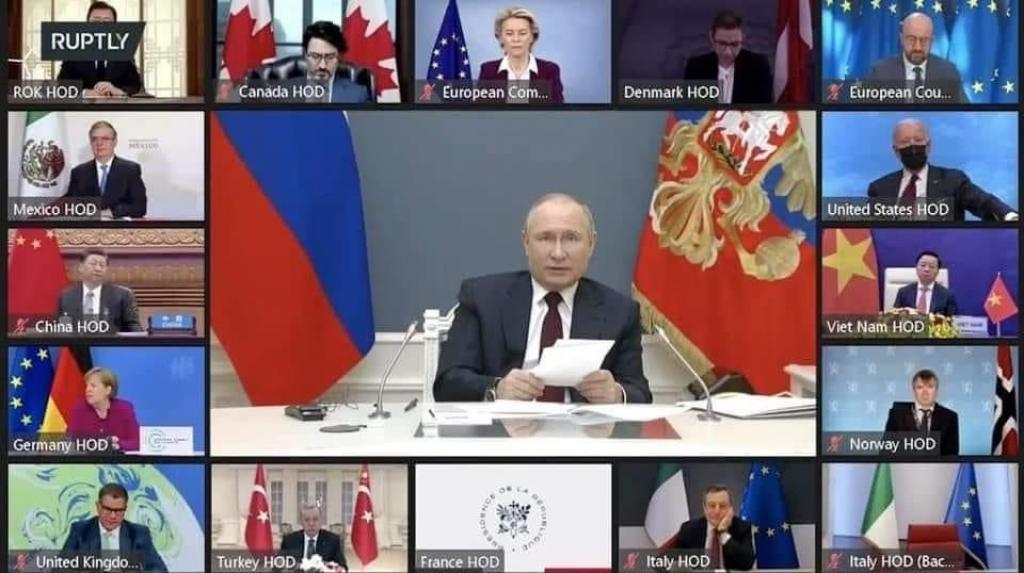 At the now-concluded Leaders’ Climate Summit hosted by United States’ President Joe Biden, the US unveiled its new Nationally Determined Contribution (NDC) to the 2015 Paris Agreement.

What is the US’ target?

The US, in its updated NDC, has pledged to reduce greenhouse gas (GHG) emissions 50-52 per cent below 2005 levels by 2030. This is accompanied by the goal of reaching net zero emissions no later than 2050.

How does it compare to other NDCs?

New commitments were made by various countries ahead of and during the summit.

Japan committed to reduce emissions by 46 per cent from 2013 levels by 2030, compared to their earlier goal of 26 per cent and to aspire to a 50 per cent reduction.

The European Union (EU) and the United Kingdom (UK) announced legally binding targets to reduce emissions by 55 per cent and 78 per cent from 1990 levels, by 2030 and 2035, respectively. Individually, both are higher than the 40 per cent target set by the EU previously and the 68 per cent reduction target by 2030 set by the UK in December 2020.

India did not announce an updated NDC, on the grounds that its current NDC is already considered 2 degrees Celsius (˚C) compatible by the CAT, but announced a new India-US Climate and Clean Energy Agenda 2030 Partnership to mobilise investments in clean technologies for industry, transportation, power and buildings. 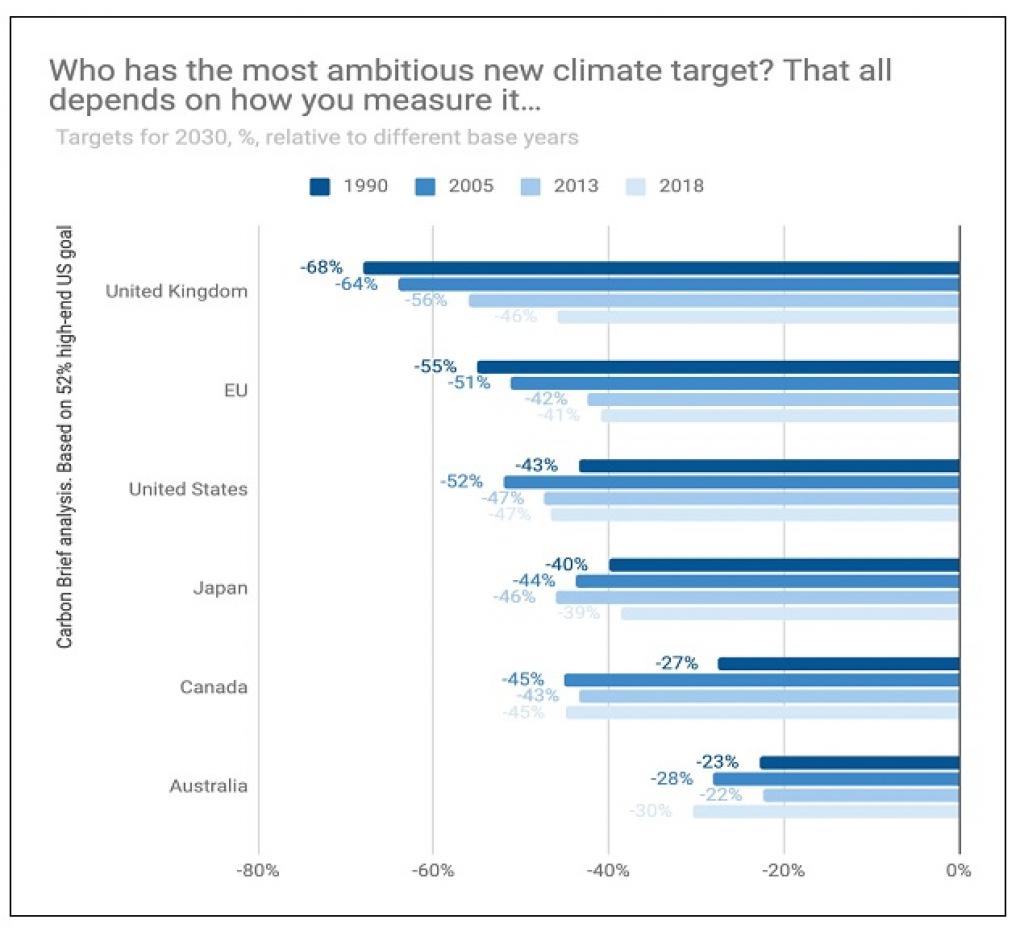 Is the US’ NDC sufficient?

According to the Climate Action Tracker (CAT), the US pledge of 50-52 per cent reduction in emissions reduces the global ‘emissions gap’ in 2030 by 5-10 per cent, or 1.5-2.4 gigatonnes carbon dioxide equivalent (GtCO2e) per year lower emissions in 2030.

This falls short of a 1.5˚C-compatible 2030 target by 5-10 per cent, which would have brought a further emissions reduction of 0.3-0.8 GtCO2e per year. For this, CAT had estimated a 57-63 per cent domestic target for the US to be 1.5˚C compatible by 2030, with additional support to developing countries (amount not specified).

The 50-52 per cent reduction goal is also below the Fair Shares NDC estimate, that several prominent groups have endorsed including ActionAid, the US Climate Action Network, Friends of the Earth US and 350.org.

The groups have calculated a goal of 70 per cent domestic emissions reduction below 2005 levels by 2030 and a further 125 per cent reduction abroad through support to developing countries, bearing in mind the dual goal of 1.5°C and historical responsibility.

The Biden administration has currently pledged to double their “annual public climate finance to developing countries relative to the average level during the second half of the Obama-Biden Administration (2013-2016)” by 2024 — ie, around $5.7 billion (or Rs 42,650 crore) a year by 2024.

They intend to do this through institutions such as USAID, the Millennium Challenge Corporation and the US arm of multilateral banks — but further specifics have not been provided.

The Biden administration has also made no new commitment to the Green Climate Fund (GCF). As the World Resources Institute points out, the $1.2 billion that Biden has requested for the GCF, does not even deliver on the $2 billion pledge made by the Obama-Biden administration.

The Fair Shares NDC analysis recommends a climate finance contribution of $800 billion between 2021-2030 and international debt relief that includes US support for issuing up to $3 trillion from the IMF’s Special Drawing Rights (SDR) to help developing countries. The use of SDR for a green recovery from COVID-19 has been floated by others, but requires backing from rich countries like the US.

A two-day virtual meeting of political figureheads was never going to galvanise the kind of rapid and far-reaching changes needed, not just technically but to our social systems as well, to address the climate crisis.

What this meeting did however was put climate back on the agenda and force leaders of major economies to confront the scale of the task ahead — regardless of how jargon-heavy and watered down their proclamations may have been.

For Biden, rejoining the Paris Agreement, centering climate change in his rhetoric, integrating climate-friendly policy in the nooks and crannies of domestic infrastructure policy via his (modest) American Jobs Plan and advancing diplomacy and climate cooperation through dialogues with major countries are steps in the right direction. This, after four traumatising years of Donald Trump’s anti-science, xenophobic methods.

His actions so far are the most that any American President has undertaken to address climate change. The tangibles need to be sifted out from the noise however, to ensure actual emissions reduction and decarbonisation for the US domestically and adequate support to developing countries internationally.