Mammoth-like creatures could help restore this ecosystem by trampling shrubs, knocking over trees, and fertilising grasses with their faeces 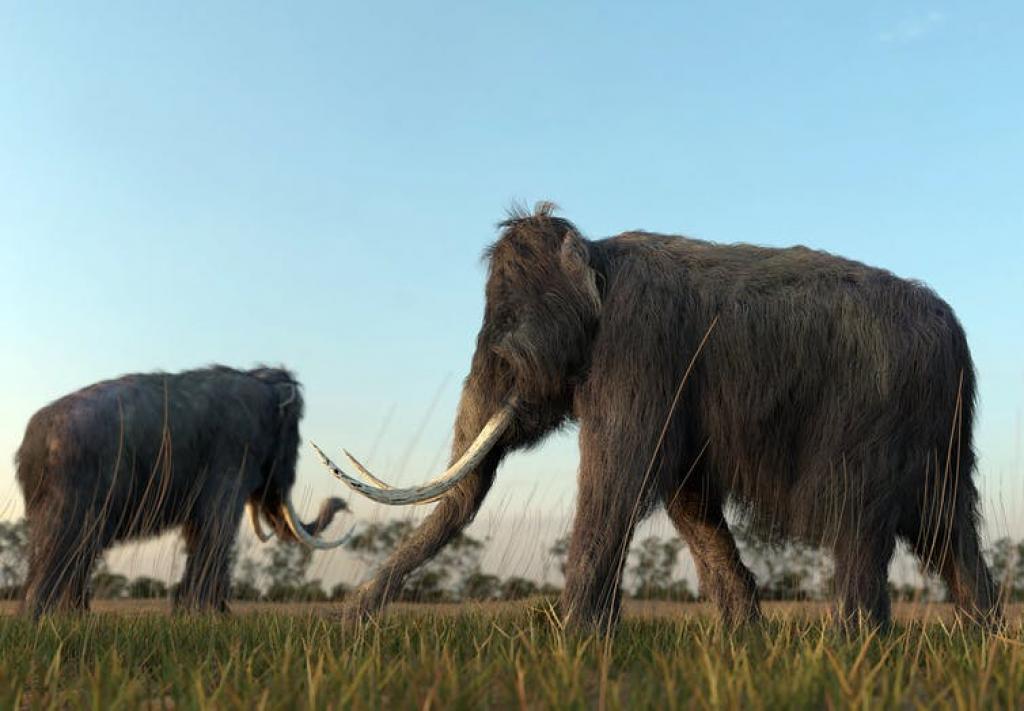 The United States startup Colossal Biosciences has announced plans to bring woolly mammoths, or animals like them, back from extinction and into the frosty landscape of the Siberian tundra.

Colossal has received US$15 million in initial funds to support research conducted by Harvard geneticist George Church, among other work. The proposed project is exciting, with laudable ambitions — but whether it is a practical strategy for conservation remains unclear.

Colossal proposes to use CRISPR gene editing technology to modify Asian elephant embryos (the mammoth’s closest living relative) so their genomes resemble those of woolly mammoths.

Read more: What is CRISPR, the gene editing technology that won the Chemistry Nobel prize?

These embryos could then theoretically develop into elephant-mammoth hybrids (mammophants), with the appearance and behaviour of extinct mammoths. According to Colossal, the ultimate aim is to release herds of these mammophants into the Arctic, where they will fill the ecological niche mammoths once occupied.

When mammoths disappeared from the Arctic some 4,000 years ago, shrubs overtook what was previously grassland. Mammoth-like creatures could help restore this ecosystem by trampling shrubs, knocking over trees, and fertilising grasses with their faeces.

Theoretically, this could help reduce climate change. If the current Siberian permafrost melts, it will release potent greenhouse gases. Compared to tundra, grassland might reflect more light and keep the ground cooler, which Colossal hopes will prevent the permafrost from melting.

While the prospect of reviving extinct species has long been discussed by groups such as Revive and Restore, advances in genome editing have now brought such dreams close to reality. But just because we have the tools to resurrect mammoth-like creatures, does this mean we should?

A cause worth considering

De-extinction is a controversial field. Critics have referred to such practices as “playing god” and accused scientists in favour of de-extinction of hubris.

A common worry is that bringing back extinct species, whose ecological niches may no longer exist, will upset existing ecosystems. But when it comes to mammophants, this critique lacks bite.

Colossal says it aims to recreate the steppe ecosystem (a large, flat grassland) that flourished in Siberia until about 12,000 years ago. It has been estimated the total mass of plants and animals in Siberia’s tundra is now 100-fold less than when it was a steppe.

Simply, this ecosystem is already compromised, and it’s hard to see how reintroducing mammophants would lead to further damage.

Reintroducing species can transform ecosystems for the better. A well-known example is the reintroduction of wolves to Yellowstone National Park in the 1990s, which started a cascade of positive changes for local flora and fauna. Mammophants may do the same.

Furthermore, climate change is one of the great moral challenges of our time. The melting of the Siberian permafrost is expected to accelerate climate change and exacerbate ecological disaster.

This is such a serious problem that even ambitious projects with a low probability of success can be ethically justified. Often our moral intuitions are clouded when considering new technologies and interventions.

But technologies which originally seemed scary and unnatural can slowly become accepted and valued. One tool that is sometimes used to overcome these tendencies is called the reversal test, which was originally developed by Oxford philosophers Nick Bostrom and Toby Ord as a way to tackle status quo bias.

This test involves assuming the new thing already exists, and the novel proposal is to take it away. Imagine an endangered population of mammophants currently inhabits Siberia, where it plays an important role in maintaining the ecosystem and protecting the permafrost.

So according to the reversal test, the key ethical objections to Colossal’s project should not relate to its aims, but rather to its means.

Let’s look at two ethical concerns related to de-extinction. The first is that de-extinction could distract from more cost-effective efforts to protect biodiversity or mitigate climate change. The second relates to the possible moral hazards that may arise if people start believing extinction is not forever.

Some critics of de-extinction projects hold that while de-extinction may be an admirable goal, in practice it constitutes a waste of resources. Even if newly engineered mammophants contain mammoth DNA, there is no guarantee these hybrids will adopt the behaviours of ancient mammoths.

For instance, we inherit more than just DNA sequences from our parents. We inherit epigenetic changes, wherein the environment around us can affect how those genes are regulated. We also inherit our parents’ microbiome (colonies of gut bacteria), which plays an important role in our behaviours.

Also important are the behaviours animals learn from observing other members of their species. The first mammophants will have no such counterparts to learn from.

And even if de-extinction programs are successful, they will likely cost more than saving existing species from extinction. The programs might be a poor use of resources, especially if they attract funding that could have otherwise gone to more promising projects.

The opportunity costs of de-extinction should be carefully scrutinised. As exciting as it may be to see herds of wild mammophants, we shouldn’t let this vision distract us from more cost-effective projects.

That said, we also shouldn’t rule out de-extinction technologies altogether. The costs will eventually come down. In the meantime, some highly expensive projects might be worth considering.

The second concern is more subtle. Some environmentalists argue once de-extinction becomes possible, the need to protect species from extinction will seem less urgent. Would we still worry about preventing extinctions if we can just reverse them at a later date?

Personally, however, we are not convinced by these concerns. Extinction is currently irreversible, yet humans continue to drive an era of mass extinction that shows no sign of slowing. In other words, moving towards increasing extinctions is the status quo, and this status quo is not worth preserving.

Also, de-extinction is not the only conservation strategy that seeks to undo otherwise irreversible losses. For example, “rewilding” involves reintroducing locally-extinct species into an ecosystem it once inhabited. If we welcome these efforts — and we should — then we should also welcome novel strategies to restore lost species and damaged ecosystems.

Read more: WHO guidelines on human genome editing: why countries need to follow them