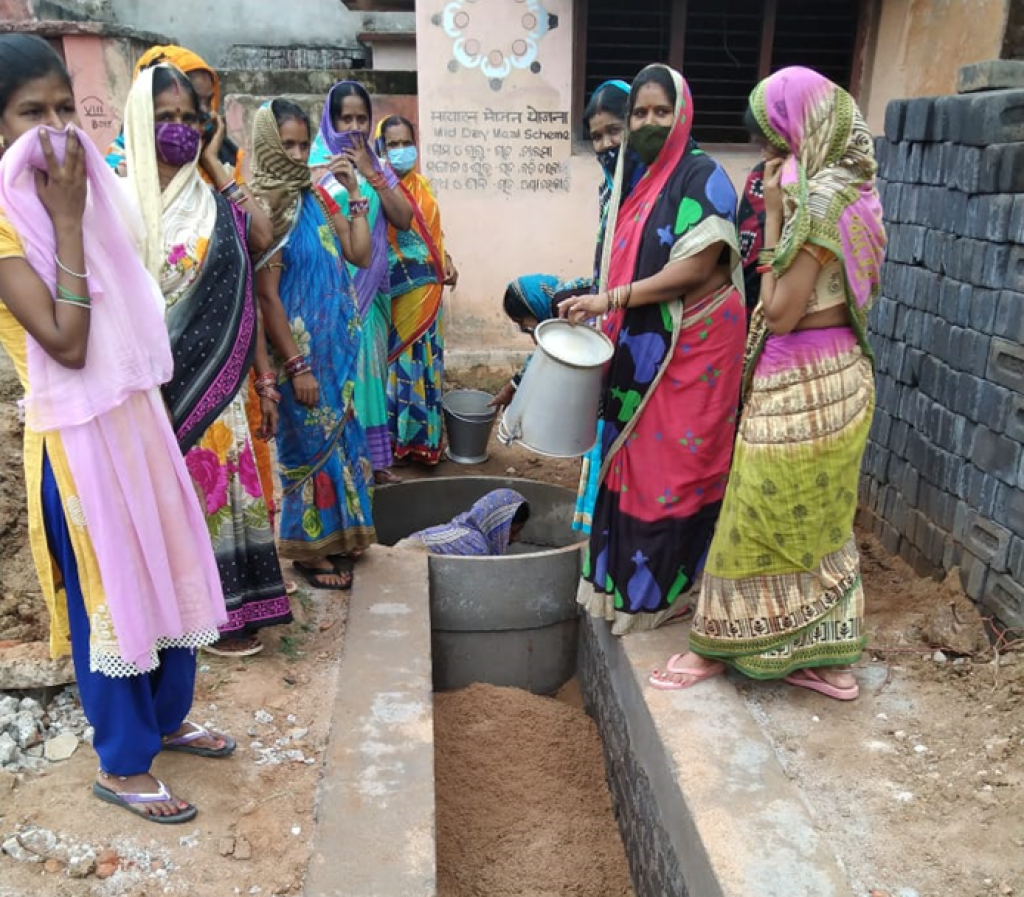 Water is a source of life for all of us and helps our natural environment thrive. In this era of climate change, the unavailability of water is going to hit the developing world the most. Maintaining a balance between natural and human-made components is the only way to survive.

Odisha has been going through water scarcity, drought, floods, groundwater depletion and much more. In Odisha, the groundwater extraction has increased to 42 per cent, from 30 per cent in four years — between 2013 and 2017.

The CGWB has clearly indicated that the groundwater of 24 out of 30 districts in Odisha is depleting. The groundwater aquifers in many regions of Odisha have already gone dry.

In 2019, out of 30 districts in Odisha, 29 had received deficient rainfall, while only Koraput district recorded one per cent surplus precipitation. In nine districts, rain deficit has been measured to be over 40 per cent.

Balasore was the worst-hit, with 54 per cent deficit rainfall. As many as 26 districts had a deficit above 19 per cent. This situation is worsening.

Some 1,093 million litres of drinking water are supplied to urban areas in the state against the daily demand of 1,088 million litres. This is leading to immense pressure on the state’s water resources.

The groundwater level in the greater Bhubaneswar area (Bhubaneswar city and outskirts / peripheries) has shrunk by about 10 metres and more since 2006 and water consumption has doubled in the last 10 years. This has been due to large-scale extraction of groundwater to cater to the daily demand of Bhubaneswar.

The development blueprint for the state is heavily dependent on groundwater both for water supply to its citizens and irrigation to the drought-prone areas of the Kalahandi-Bolangir-Koraput (KBK) region.

To combat these issues, the state of Odisha with the Centre for Science and Environment as its knowledge partner, has successfully implemented an intensive campaign of rainwater harvesting.

It has come up with 12,000 Rainwater Harvesting Structures (RWHS) to facilitate water conservation and groundwater recharge in 2,035 wards of 114 urban local bodies. All this has happened in less than three months ie before the onset of the southwest monsoon.

Rainwater harvesting is collecting the run-off from a structure or other impervious surfaces, in order to store it for later use. This process is used to conserve rainwater that runs off from rooftops, parks, roads and open grounds by collecting, storing, conveying and purifying it.

The state had selected sites to have RWHS to address the statewide campaign Catch the Rain: Where it Falls and When it Falls. This has been completed under the Mukhyamantri Karma Tatpara Abhiyan (MUKTA), an urban wage employment scheme for migrant workers.

Odisha’s annual rainfall varies from 1,200-1,800 millimetres but its spatial distribution is uneven and erratic. Eighty per cent of this rainfall occurs from June to September.

The state receives 76 per cent of rainfall between mid-June and mid-September and receives the remaining 24 per cent throughout the year. It has been estimated that out of 230.76 billion cubic metres of rainfall in a year, 80 per cent flows to the sea as surface runoff as adequate storage has not been developed.

During the monsoon, there are very wet days and also long dry spells. In some years, both floods and droughts occur. Not just that, the sub-surface storages are getting emptied, leading to thinner flows in rivers and streams, causing further capacity decrease in groundwater recharge.

Considering the uneven rainfall pattern, the only way to use the surplus rains received is by storing it. So, the state government has come up with such an initiative to build the RWHS in the 114 urban local bodies to minimise the surface runoff and maximise ground water recharge.

The state government wanted to develop a mechanism that would be cost-effective, need simple technology to operate and would require least maintenance.

Fortunately, the experts were successful in their approach. The RWHS type is Pit and Burrow, which costs Rs 35,000 per unit, involves no complex technologies and requires less maintenance. Also, it can be completed in a period of just 7-10 days.

The Government of Odisha aims to conserve both the rooftop runoff of government and private-aided institutions and storm water runoff from parks, playgrounds, open space, vacant lands and roads.

The spacing and number of recharge pits will be based on the porosity and permeability of the soil below 1.8 metres, annual average rainfall, intensity and duration of rainfall in that particular region.

For average conditions, one recharge pit of 1.2 metres diameter and 1.8 metres depth, with a leading channel of 15 metres is adequate for 250 square metres of catchment area.

The sand layer acts as conventional surface water filter media. To support it, broken granite chips are provided underneath the sand layer. The sand layer filters out and retains the suspended solids, thereby providing a base for the grey / black blanket formed over the sand due to filtering of clay, silt and colloidal particles.

The filter media in the leading channel and recharge pits act like porous membranes that allow the partially filtered rainwater to reach the soil media interface.

The underneath soil layer acts as natural filter which facilitates micro filtration of rainwater before it reaches the groundwater table. Over a period, the top layer turns grey or black which reduces the recharge efficiency.

So, the top layered sand can be replaced periodically with new sand layers. The removed layer is rich in organic nutrient which can be utilised for filling the plantation sites in the park and open space area.

Daspalla, one of the NACs in Odisha, has completed 80 RWHS with 138 pits in 16 wards of the urban local body. According to Sasmita Pradhan, programme coordinator of MUKTA in Daspalla, 40 self-help groups (Mission Shakti Groups) and 2,898 people have been employed for this initiative as one pit requires three people to build.

To strengthen the transparency and accountability, Odisha’s housing and urban development department has made it mandatory for the sites to be geo-tagged and directed the district collectors to monitor the progress accordingly.

Rainwater harvesting is a go to solution for the emerging water crisis. Like Odisha, it is high time for us to take necessary steps to recharge the groundwater thereby enabling the planet to provide maximum resources for our coming generations.