Now that the rich are also being hit by climate change & the “attribution” is clear, the targets for the world’s anger will be emerging rich in emerging countries like India 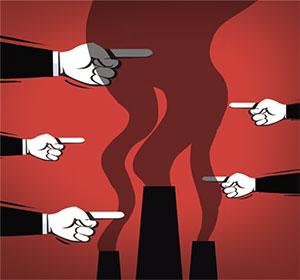 Climate change is in crescendo. In June and July 2018 some 140 wildfires raged across California; 80 people were killed in similar wildfires in Greece; Europe has been sizzling under heat waves; unseasonal dust storms have killed over 500 in India; torrential rains in Japan and other such extreme rain events are devastating crops and homes across vast parts of the world. All of these weather events are far beyond normal variability, called stationarity, as it followed past patterns. Now we are in the era of the unprecedented and unknown. What we know for certain is that this intensity, variability and ferocity of weird weather will get worse.

The connection with weird weather and climate change is also being seen through studies called attribution. The World Weather Attribution network estimates that climate change has more than “doubled the likelihood of the European heatwave”. It has also tripled the likelihood of drought in Cape Town—the South African city that narrowly missed Day Zero, when it would run out of water.

The question is what now? In the coming month, the Intergovernmental Panel on Climate Change will release its 1.5°C report on the impacts when the world hits this level of temperature rise. The report, as I say, will only state the obvious. If the weather related calamities being experienced at 1°C rise—roughly the temperature increase today over the pre-industrial period—then it would only get weirder and worse. That much is known.

What do we do now? This is where I am clear the crescendo will get discordant. The fact is that we are nowhere close to staying below the 1.5°C guardrail—a temperature increase that was once considered to be relatively safe. We are on fast track to increase emissions and break all temperature barriers. But that is beside the point.

Now that the rich are also being hit by climate change and the “attribution” is clear, the gloves will be off—the targets for the world’s derision and anger will be the emerging rich in emerging countries like India. The Economist in a recent article talks about how even as Britain enjoyed its first coal-free day since the 1800s, India is burning more coal—and it of course puts this down to the fact that end of coal would destroy the banking system and the railways in the country. We are the cause, not the victims of the world’s excesses in pushing emissions that are in the atmosphere today.

The fact is that India and China are aware of emissions from coal burning because of our horrendous air pollution. In India we need to close old and polluting thermal plants; Delhi’s Badarpur will be closed this winter; new emission standards must be implemented as early as possible; pet coke has already been banned, including its import from the US.

Now we need a massive move to cleaner fuels like renewables or natural gas. This is essential and we will push for it—not for climate change reasons but for cutting air pollution. But we are not the question. The fact is that the world has completely run out of its carbon budget—it has been occupied by the already rich world for its growth—and now that there is nothing left, we will be told to jump off the bridge. The counter-narration is ready. We will be told first that guilt and repentance is language to avoid as it leads nowhere. Then we will be told even if the problem was created by the rich, we must not follow this pathway.

We have the responsibility to act. We owe it to our own children and to the victims of climate change—the poor and the marginalised in our world. The shoe will be on the other foot. We will have the boot. The problem also is that the world is still not anywhere close to giving up its fossil addiction. For all the talk of renewable energy—other than in Germany where it has been scaled up—it is still at the edge of supply. In fact, in the past year, demand for coal is rising; investment in oil and gas is up and all of the climate change solutions are fighting to survive. It is not working.

But what is really not working is our government. The fact is that countries like India must take the lead to putting forward our vulnerability; the economic and human cost of the climate change “attributed” disasters to the global stage. We must demand that the world acts—at speed and scale. And even as we push for the world to take climate change seriously, we must put forward our own plan—and must have something to show. We need to be decisive in our words and our actions. This whimpering and simpering will not work in our climate-risked world.

(This article will appear in the 16-31st August issue of Down To Earth).