Climate change: can right to skilled jobs be denied?

To stop mass exodus after floods and cyclones, there is a need to introduce skill development for better adaptation to climate change 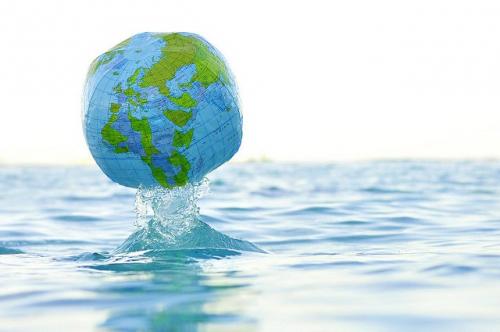 The issue of climate change has hogged international limelight since 1993 with world leaders meeting 21 times since then to find out ways to save our planet from destruction.

When dealing with extreme weather phenomenon, leaders agree that adapting to climate change through a series of expensive but essential actions is the best way to deal with it.

Adaptation has several dimensions which include ensuring full security to the vulnerable population. Construction of cyclone and flood aid centres, installation of early warning systems to warn people of impending dangers, construction of embankments in coastal areas and better communication and healthcare delivery systems are some of these measures.

Past experiences in the Indian Sundarbans Delta (also called the Indian Bengal Delta) have shown that climate-induced human migration was at work after Aila.

Men migrated to Kerala and the Andaman and Nicobar Islands to work as unskilled labourers in the real estate sector. These people were originally farmers and fishermen who lost their livelihood opportunities after the devastating cyclone.

To stop this kind of mass exodus, there is a need to introduce skill development for better adaptation of people to climate change. This will empower people with improved livelihood opportunities in future in case of extreme weather events.

The delta vision document of WWF published in 2011 projected that 1.2 million people will have to migrate between 2030 and 2050 as a result of erratic weather.

When this is the case, no effort has been undertaken by the Ministry of Skill Development and Entrepreneurship to impart practical training to people from identified vulnerable community development blocks. The question that remains to be asked is who these people should turn to in times of crises.

In such cases, one may refer to the national-and-state-level action plans which refer to the need for adaptation. Such an adaptation package for West Bengal has been projected at an estimated budget during the 12th and 13th Five-Year Plans.

But there is no evidence of funds being released or any progress made till now. So, the possibility of future climate-induced migration is acknowledged, but apparently there is no preparedness to deal with such a mounting problem.

Recent media reports have focused on the India government’s ambitious plan to reduce carbon intensity or carbon emission intensity by 35 per cent by 2022.

A major pathway to go about this is to generate and switch over to renewable energy. According to the Skill Council for Green Jobs (SCGJ), a Government of India initiative, at least 28,000 professionals need to be trained by 2016-17 in the renewable energy sector.

It is stated that unavailability of skilled manpower is the biggest challenge in meeting India’s ambitious target of 1,75,000 MW of renewable energy by 2022.

According to the Economic Times report, the country needs 1.3 million employees in the renewable energy sector to meet the 2022 target of 1,75,000 MW. Currently, 79,000 people are working in the sector.

So, one can see that while the need for adaptation programmes is skill development, no one in the government pays any heed to it. To meet India’s pledge in the international meet for mitigation, a serious effort is forthcoming to train people.

The exclusion of common Indian citizens living in the vulnerable deltas from their right to alternative livelihood, especially when their own carbon footprint is minimal, is a fallacy one can witness in the most-needed area of environmental governance in India—climate change.

It will be worthwhile to recall that India has already established a separate National Adaptation Fund under the Ministry of Environment, Forest and Climate Change, but there is no dedicated programme or specified budget to address the needs of people living in the vulnerable delta regions.

International effort is being made to generate enough data to impress the global community to contribute to the needs of adaptation programmes for people living in vulnerable deltas.

The programme started in 2014 and will continue till November 2018, involving the Indian Bengal Delta, the Mahanadi Delta, the Sundarbans Delta and the Ghana (Volta Delta) in Africa.

This multi-institutional as well as multi-country programme with its centre at the University of Southampton in United Kingdom is known as “Deltas, Vulnerability and Climate Change: Migration and Adaptation”.

In India, the Jadavpur University is acting as a lead institute, along with the National Centre for Remote Sensing, Hyderabad, the Chilika Development Authority, Bhubaneswar and the Centre for Environment and Development, Kolkata.

This programme is part of a larger international programme called the “Collaborative Adaptation Research Initiative in Africa and Asia”.