New Zealand’s net emissions rose by 57% between 1990 and 2018, placing it among the poorest performers in the OECD 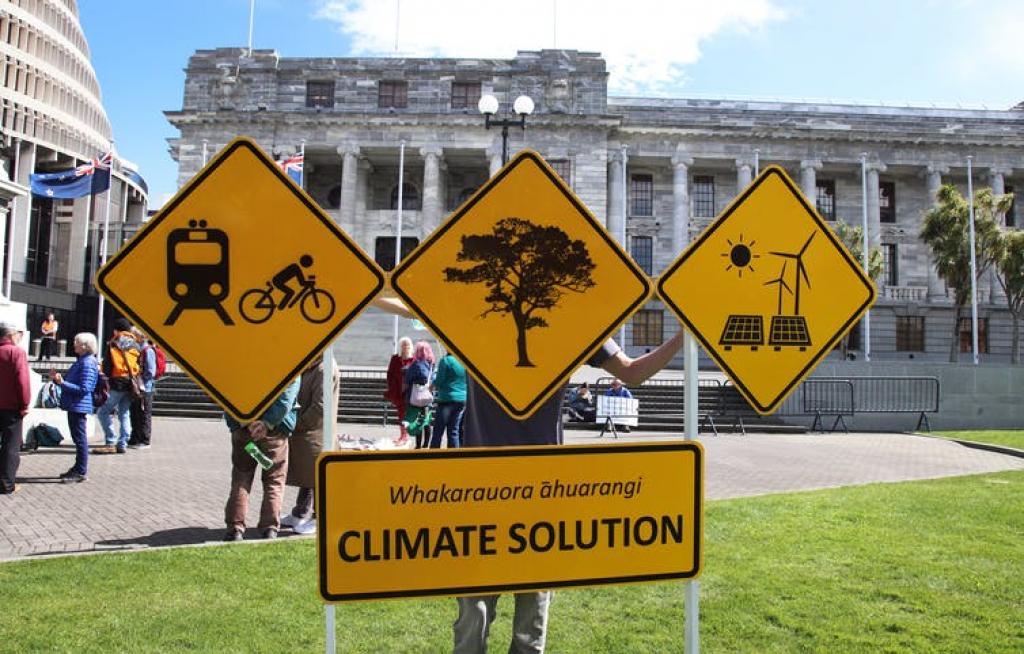 New Zealand’s Climate Change Commission February 2, 2021 released its long-anticipated advice to the government on how to reshape the economy to meet the country’s domestic and international climate change obligations.

The document sets out three emissions budgets, covering 15 years to 2035 in five-yearly plans. It also provides advice on the direction policy should take to achieve the country’s 2050 net-zero goal.

New Zealand’s net emissions rose by 57% between 1990 and 2018, placing it among the poorest performers in the OECD. As one of New Zealand’s six climate change commissioners I have been part of the process of making a clear case to government that we must take “immediate and decisive action on climate change” across all sectors.

The commission’s priorities include a rapid shift to electric transport, accelerated renewable energy generation, climate-friendly farming practices and more permanent forests, predominantly in native trees. It also says New Zealand must raise its pledge under the Paris Agreement, known as the Nationally Determined Contribution (NDC), because its current commitment is not compatible with the goal of limiting warming to 1.5℃ above pre-industrial levels.

The good news is the draft carbon budgets are achievable, with technologies that already exist.

The commission’s advice is built around 17 recommendations that cover many sectors of the economy. One of the key messages is that Aotearoa New Zealand cannot plant its way out of trouble but needs to make real cuts in emissions and eliminate the use of fossil fuels.

Most of the solutions are well known. We need to reduce emissions from transport, from energy and industry, from agriculture and from waste.

Reducing transport emissions is crucial as the sector was responsible for 36.3% of New Zealand’s emissions of long-lived greenhouse gases in 2018 and accounts for most of the growth in emissions over the past 30 years.

Recommendations for the transport sector include electrification of the vehicle fleet, improved public transport networks and better integration of active transport (walking and cycling). A rapid increase in electric cars would reduce emissions from private and commercial transport, while supporting low-carbon fuels like “green” hydrogen and biofuels would help the freight sector (including heavy trucks, shipping and aircraft).

Part of the transport story is urban planning — changing how people and goods move around. The commission recommends limiting urban sprawl, making walking and cycling safer and easier and shifting more freight from road to rail or shipping.

Methane accounts for 43.5% of New Zealand’s greenhouse gas emissions, and more than 80% of total methane comes from cud-chewing farm animals. But the short-lived nature of methane in the atmosphere means we do not need to reduce methane emissions so fast.

The Zero Carbon Act calls for a 24-47% reduction in methane emissions by 2050, compared to net-zero for carbon dioxide.

The commission’s advice is that biogenic methane emissions can be reduced by 19% by 2035 while further improving productivity in the sector through better feed, fewer but more productive animals and continued research into emission-reducing technologies.

The commission calls for real cuts in emissions rather than offsets through tree planting, but argues forestry should continue to play an important role in the long-term storage of carbon, for example if timber is used in buildings or furniture and to provide bioenergy.

Waste is another sector with significant potential to cut emissions. Per head of population, New Zealanders throw away roughly twice what an average OECD citizen does. The commission recommends moving towards a circular economy, where resources are valued and reused.

In terms of greenhouse gas emissions, the main issue in the waste sector is methane release from decomposing solid waste. Capturing that gas at source could reduce methane emissions by 14% by 2035.

Read more: Ardern's government and climate policy: despite a zero-carbon law, is New Zealand merely a follower rather than a leader?

Cost of a fair transition

The commission’s draft budgets recommend an overall reduction in total greenhouse gas emissions of 36% by 2035, starting with 2% by 2025 and 17% by 2030. It estimates the cost of achieving this is less than 1% of projected GDP, much lower than was initially thought.

The payoffs for public health, for our environment and biodiversity make this a good investment, let alone the huge avoided costs from unchecked climate change.

The commission’s recommendations will go through a public consultation process until 14 March, and the government has until the end of the year to decide which parts of the advice it takes on board.

An important aspect of the advice is inclusiveness and support for all sectors of society as we move to a low-emissions future. The commission takes a te ao Māori (Māori world view) approach, making it clear that Aotearoa must have an equitable and fair transition.