A series of five papers presents more than 25 case studies, providing a unique perspective on what’s likely ahead as the planet continues to warm 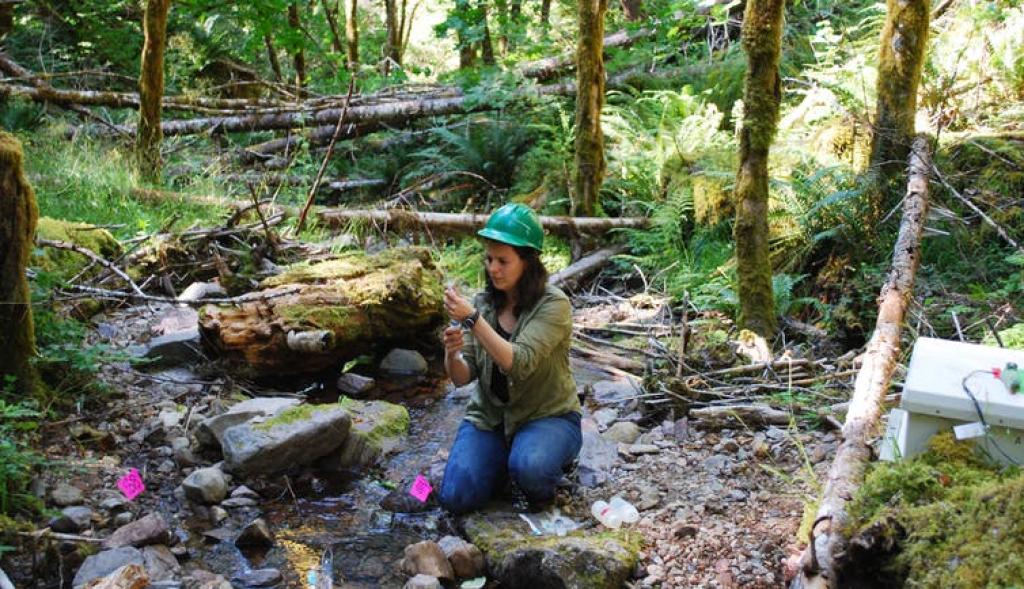 Record-breaking heat waves and drought have left West Coast rivers lethally hot for salmon, literally cooked millions of mussels and clams in their shells and left forests primed to burn. The extraordinary severity of 2021’s heat and drought, and its fires and floods, has many people questioning whether climate change, fueled by human actions, is progressing even faster than studies have predicted and what that means for the future.

As ecologists, we have watched climate change play out over decades at long-term research sites in forests, fields and coastal areas across the US.

A recent series of five papers in the journal Ecosphere presents more than 25 case studies from these sites, providing a unique perspective on the changes underway and what’s likely ahead as the planet continues to warm.

Here are snapshots of what we’re seeing firsthand in the National Science Foundation’s Long-Term Ecological Research Network sites, from the effect of increasing fires in Oregon’s Cascades to shifting marine life off the coast of Maine, and surprising resilience in Baltimore’s urban forests.

Forests of the Pacific Northwest

In the Cascade Mountains of the Pacific Northwest, scientists have been tracking changes in the H.J. Andrews Experimental Forest, a 16,000-acre watershed, for 70 years. The forest is a blend of iconic old-growth hemlock, cedar and Douglas fir trees, many of them 400 to 500 years old; steep terrain; fast, cold-running streams; and a smattering of forest plantations.

While it’s tempting to see permanence in an old-growth forest, the climate may be exceeding thresholds, pushing even these ecosystems dominated by long-lived trees into conditions outside of anything they have experienced.

In the coming century, the rising temperature is expected to prolong summer droughts and increase winter floods as snow melts sooner or falls as rain.

As a result, we anticipate more frequent and more severe forest fires, more trees dying and shifts in stream and land ecosystems. New species, such as timber wolves, are likely to move in, while some native species, such as the Northern spotted owl, disappear. We’ll also likely see shifts in public values and land management that can either help or hurt species’ survival.

These changes will interact with one another in surprising, perhaps unimaginable, ways. The biological responses to changes in the physical systems have, thus far, been subtle and variable, but that could change. Even with records going back more than 70 years, the magnitude and direction of future changes is largely uncertain – we can anticipate some changes, but there may be tipping points and interactions that we don’t yet understand.

In the Northeastern U.S., the forests are younger because humans have been using the land longer and in more intense ways. At the Hubbard Brook Experimental Forest in the White Mountains of New Hampshire, the ecosystem has shown remarkable resilience to disturbance.

It was established by the Forest Service in 1955, and early research included clear-cutting entire watersheds to study the impact on the water quality and ecosystems.

Current research there focuses on whether this capacity for resilience has been degraded by climate change, acid rain, invasion by pests and pathogens and the inexorable march of climate migrant species, such as oak and pine that may displace the sugar maple and beech that currently dominate the forest.

These recent results suggest that in 50 years, these northern hardwood forests will likely still resemble the communities we see today, with sugar maple and beech dominating a closed-canopy forest. However, the responses of forest growth and tree species to the drivers of change now suggest that their resilience may be overwhelmed toward the end of the 21st century, resulting in a forest with markedly different structure and services.

This might come as a surprise, but in comparing urban forest research sites, like a network site in Baltimore, with rural forests, we have found that some urban forests may actually be more resilient.

In the same paper describing the resilience at Hubbard Brook, researchers discuss how forests in the mid-Atlantic and southeastern regions of the U.S. have experienced changes in biodiversity because of fire suppression and high deer populations that don’t affect natural areas in cities as much. These changes reduce the resilience of these forests, resulting in the loss of oak and a suite of biodiversity and ecosystem services associated with these species.

Kellogg Biological Station in southwest Michigan is the only Long-Term Ecological Research site in an agricultural setting. Insects, and how they might change in a warming future, are a concern.

Research here shows how the arrival of invasive predators has changed native and exotic predator and prey communities in ways that may make the ecosystems less resilient. Invasive species have the potential to reshape interactions among entire communities, in turn influencing ecosystem function and ecosystem services.

Like shifting climate patterns, the movement of species outside their native ranges can have profound consequences for biodiversity and the functioning of communities in the invaded areas.

In agricultural ecosystems of the north-central U.S., successive invasions of exotic lady beetle predators have influenced community structure and ecosystem processes with wide-ranging effect on both natural and managed ecosystems. Now the question is whether the changing climate will affect insect communities, with implications for pest management and native species loss

Shifting marine life in the Atlantic

Changes in biodiversity are especially dynamic in coastal marine sites.

In 2012, a researcher reported seeing a blue crab, Callinectes sapidus, swimming in the estuary of the Plum Island Ecosystem Long-Term Ecological Research site, an estuary in northeastern Massachusetts we call PIE. The site is in the cooler waters of the Gulf of Maine and 70 miles (114 km) north of the historical northern limit of blue crabs.

Then, in 2014, a male fiddler crab, Minuca pugnax, turned up. Like the blue crab, its historic northern limit was south of PIE. Field surveys found that fiddler crabs were now not only in PIE, but as far north as Maine.

The northern shift of these crabs’ habitat as the water warms reflects what scientists are seeing for marine species globally as global temperatures rise.

The movement of species into nonnative ranges, whether as an introduced species or via climate-driven range shifts, represents a biological disturbance in the system. What that will mean for these species in the future, and the structure, function and services of ecosystems they move into, is less clear. Coastal marine ecosystems are especially dynamic, and our colleagues at sites in Massachusetts, Virginia, Georgia, Florida and California are helping us understand and predict these effects.

Tracking change today to respond to the future

The network has roughly 2,000 researchers at 28 sites around the country as well as in Antarctica and on a Pacific coral reef. Together they represent thousands of years of on-the-ground observation and experimentation. Their research feeds into global climate analysis, like the Intergovernmental Panel on Climate Change report expected to be released on Aug. 9, 2021.

Predicting the future of ecosystems is difficult, particularly under an accelerating force like climate change. These extensive long-term datasets, with everything from changes in soil nutrients to the growth and decline of animal species, provide insight into the changes underway to guide responses for the future.