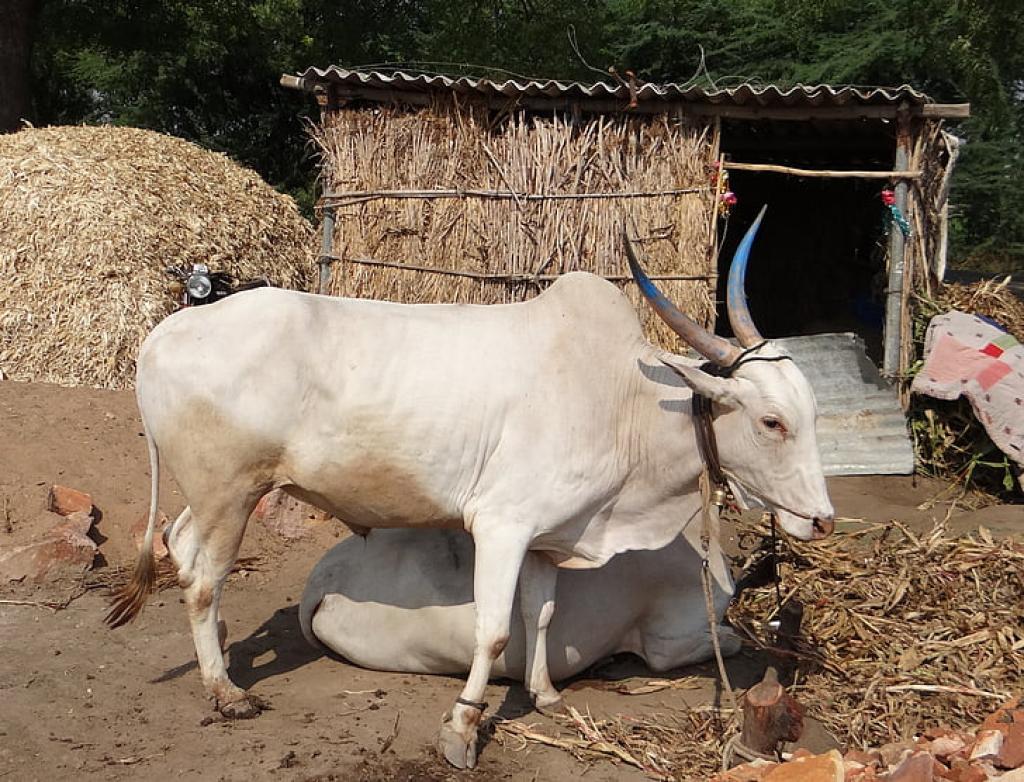 Harvesting animals for dairy and animal-based products in India is a major source of livelihood for 150 million dairy farmers. The products are a source of nutrition and food security for a significant chunk of the population as well. The dairy sector accounts for 4.2 per cent of the national gross domestic product.

India has transitioned from a milk-deficient country to the largest producer of milk globally. The Anand model (Amul), which has been replicated across the country, boosted milk production and made dairy the second-largest employment sector after agriculture in India.

The industry has yet again galvanised the debate around harmful consequences of animal harvesting on climate, with the charge being led by non-profit People for the Ethical Treatment of Animals (PETA).

Multinational companies such as Nestle SA and Danone SA have also been accused of promoting water-intensive dairy industry in Punjab and the neighbouring states, which is fast depleting groundwater. Traditionally, these were less water-intensive wheat-growing states.

Amul recently launched an advertising campaign challenging PETA’s claims that plant-based alternatives are the way forward to create a sustainable food system. PETA implored Amul to introduce vegan alternatives, taking a cue from developed countries where the vegan movement is gaining momentum due to ecological and health benefits of plant-based food including milk.

Food Safety and Standards Authority of India (FSSAI) notified that the word ‘milk’ cannot be used for plant-based dairy alternatives. Questions have been raised about the suitability of chemical-laden, lab-produced plant-based milk for human consumption.

Amul and its supporters argue that PETA’s moves may be a ploy for multinational companies to promote synthetic milk and genetically modified seeds through a misinformation campaign.

Do humans need milk for consumption beyond infancy, especially that of another species? The appalling conditions in cattle rearing have been widely condemned.

These include artificial insemination, widespread use of growth hormones to boost milk production, injecting oxytocin into milch cattle, slaughter of male calves, abandoning cattle that are sterile, and selling livestock to slaughterhouses and tanneries when they can no longer produce milk.

Despite guidelines for appropriate handling of cattle, these cruel practices continue unabated to boost production efficiencies as demand for diary and meat continues to grow.

Path-breaking documentaries such as Cowspiracy and The Human Experiment, as well as social media campaigns and celebrity endorsements have inspired millions of people across the world, including India, to adopt plant-based diets that have proved beneficial to human health, environment and the planet.

Animal exploitation through animal farming, destruction of natural habitats, livestock-associated deforestation, hunting and trading of wildlife are the leading cause of zoonotic diseases caused by germs that spread between animals and humans.

The novel coronavirus disease (COVID-19) pandemic is the latest in the long list of such diseases. Widespread evidence suggests that adoption of plant-based diets and lifestyles, referred to as veganism, may result decrease the threat of zoonotic diseases.

How healthy is dairy?

For eons, besides the holy significance of the cow in Hindu tradition guided by age-old traditional wisdom, turmeric milk, desi ghee and cow urine have been considered a panacea for several diseases. Milk, ghee, paneer and milk-based sweets and products have been an inseparable part of the Indian palate.

About 66.8 million metric tonnes of milk was consumed in India in 2018. Milk is perceived to be a vital source of protein for the 20 per cent vegetarian population in India.

Milk and milk products in India are not free from adulteration. A recent FSSAI report revealed the presence of aflatoxin M1 and hormone residues in them beyond permissible limits through unregulated feed and fodder. This led to a variety of lifestyle diseases in humans.

The ecological footprint of dairy

Agriculture contributes approximately 16 per cent of India’s greenhouse gas (GHG) emissions which is released by cattle during dairy farming. Methane from ruminant belching and animal waste contribute about 75 per cent of the total GHG emissions of the dairy sector.

The alarming loss of biodiversity is attributed to water- and energy-intensive crops needed to feed the cattle.

The situation will likely worsen in the coming years. Dairy producers cannot ignore the climate consequences of the sector. They need to proactively ramp up production of plant-based human food alternatives to dairy products. Otherwise they may risk being forced to do so reactively by government regulation.

With livelihoods of 150 million at stake, policymakers will need to identify alternative employment opportunities for the displaced masses. Large-scale social forestry could be an answer to address this fall-out, with positive consequences to the planet.