Climate talks at Bonn miss the point, yet again 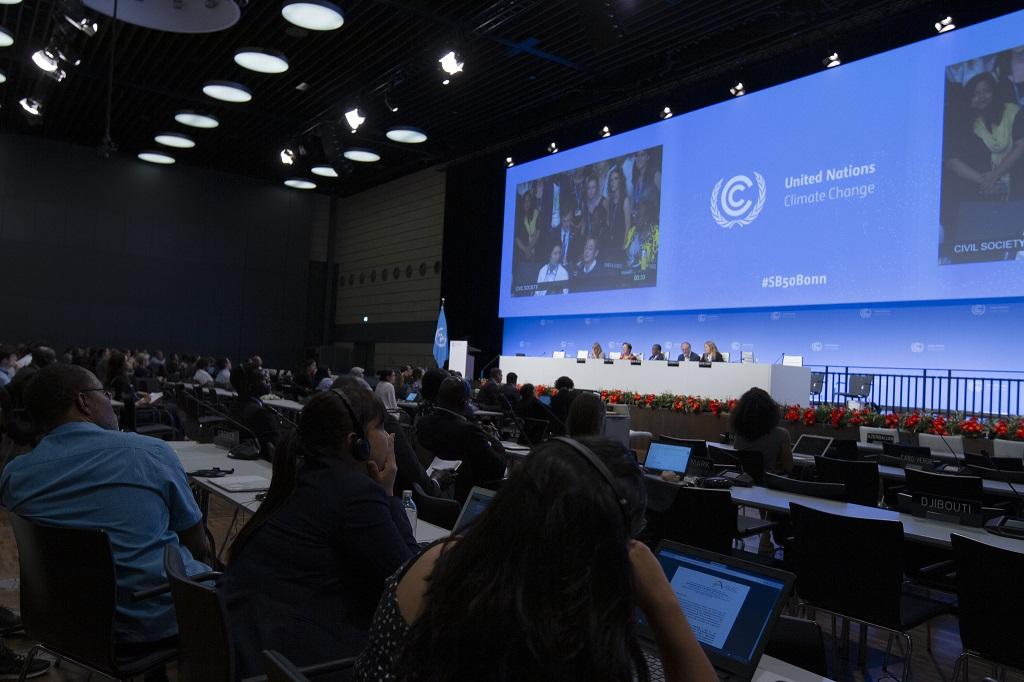 Negotiations failed to create adequate outcomes as Conference of the Parties (COP) struggled to come with agreed texts at the recent climate talks held in Bonn, Germany, for 10 days starting June 17, 2019.

At the climate talks held at Katowice in December 2018 (COP 24), Parties did adopt the broad Katowice Package on a range of issues, nevertheless, they also maintained their inability to arrive at a consensus on a few other, including forward-looking finance, markets, reflection of differentiation in the Rulebook, etc.

The talks at Bonn, it was hoped, could capitalise on the gains made at Katowice and focus on the finer details of the pressing issues.

Key issues and their outcomes

The sticking issues are also actually the most relevant in terms of charting out the pathway in meeting the goals of the Paris Agreement. Therefore, it was crucial that Parties deliberate and work out clear options on issues at hand which could then be finalised at Chile in November 2019.

One of the most contentious among issues is the structure and implementation of carbon markets under the new Paris Architecture and how they could function equitably while making real emission cuts, unlike in the Kyoto Protocol.

Notwithstanding the fervour with which Parties approached the subject, there appeared stark diversions on discussions on Article 6.2 [internationally transferred mitigation outcomes (ITMOs)], definition of ITMOs, how to obtain clarity on corresponding adjustments and avoiding double counting, particularly on single-year and multi-year accounting and scope of Nationally Determined Contributions (NDC); transition of Clean Development Mechanism (CDM) projects into the new regime, linkages between Articles 6.2 and 6.4 (Sustainable Development Mechanism); governance and oversight.

Likewise, the heterogenous nature of NDCs, which require streamlining and common timeframes for common reporting, if and how much ‘flexibility’ could that entail. Clear texts still need to emerge on these issues.

Although the Terms of Reference (ToRs) are adopted for the review of the WIM, developed countries refused any discussion of a dedicated funding channel to WIM to address climate induced impacts in developing countries.

The recently released World Bank report substantiates that $4.2 trillion can be saved by investing in more resilient infrastructure. With the reeling heatwave in Europe conspicuous by its length and intensity, climate impacts are surely and increasingly being felt on developed countries too.

Despite this, loss and damage continues to be one of the most neglected issues at UN climate talks. On another note, the issue of stepping up financial contributions to increase the current floor by 2025 and prepare a plan for the same faced usual rebuttal from the developed countries.

As witnessed in Katowice, recommendations on how the Intergovernmental Panel on Climate Change's (IPCC) Special Report on 1.5 degree Celsius should be reflected in the final outcome text created a huge stir at Bonn too. Major oil economies resisted inclusion of any language that could require important steps towards changing emission profile of their economies.

Few welcome steps were adopted. The “Koronivia Joint Work on Agriculture” was adopted which recognised agriculture as the foundation of human existence and its vulnerability to climate impacts.

Substantially, practical steps on including technology uptake and upscale and innovation failed to do the rounds.

A new work programme on adaptation that integrates indigenous knowledge both for mitigation and adaptation was agreed upon.

The old climate politics loomed large on means of implementation (finance, technology and capacity building) with developing countries reminding the developed countries of their due share.

Two things emerge clearly considering the state of play of negotiations at Bonn and the outcomes achieved. Despite the alarmingly increasing climate impacts globally, the urgency and political will is highly inadequate, especially reflected in how the processes have dealt with science and the critical issue of loss and damage.

If the international community is reluctant to respect and endorse science, can it still drive ambitious sub-national actions and how so? What can be the role of national and sub-national governments and civil society in this regard?

There are two more IPCC reports due for this year. Notwithstanding the enormous work that goes into the preparation of such reports, they also stand to the risk of being rejected.

Second, leadership at the global climate regime has now shifted to developing countries (the poor and island economies), with their commitments to ratchet up ambitions, as they bear the foremost brunt of climate impacts.

The emerging economies, however, have not shown the same spirit while the developed countries have refused to accept their historical responsibility towards climate change.

In September 2019, the UN Secretary General has called for a special summit to boost and encourage ambitious climate actions. Increasing ambition and complying with them would be the prime means to stay within liveable temperatures.

With developing countries laying the path, will other countries follow suit? Or can we witness yet another high-profile meeting with little or no substantive outcome.