COP27 was a mirage in the deserts of the Sinai

COP27 was a grand spectacle; it created a sense of hyper-action, when it actually was about reversing the little gains made till now to combat this existential threat 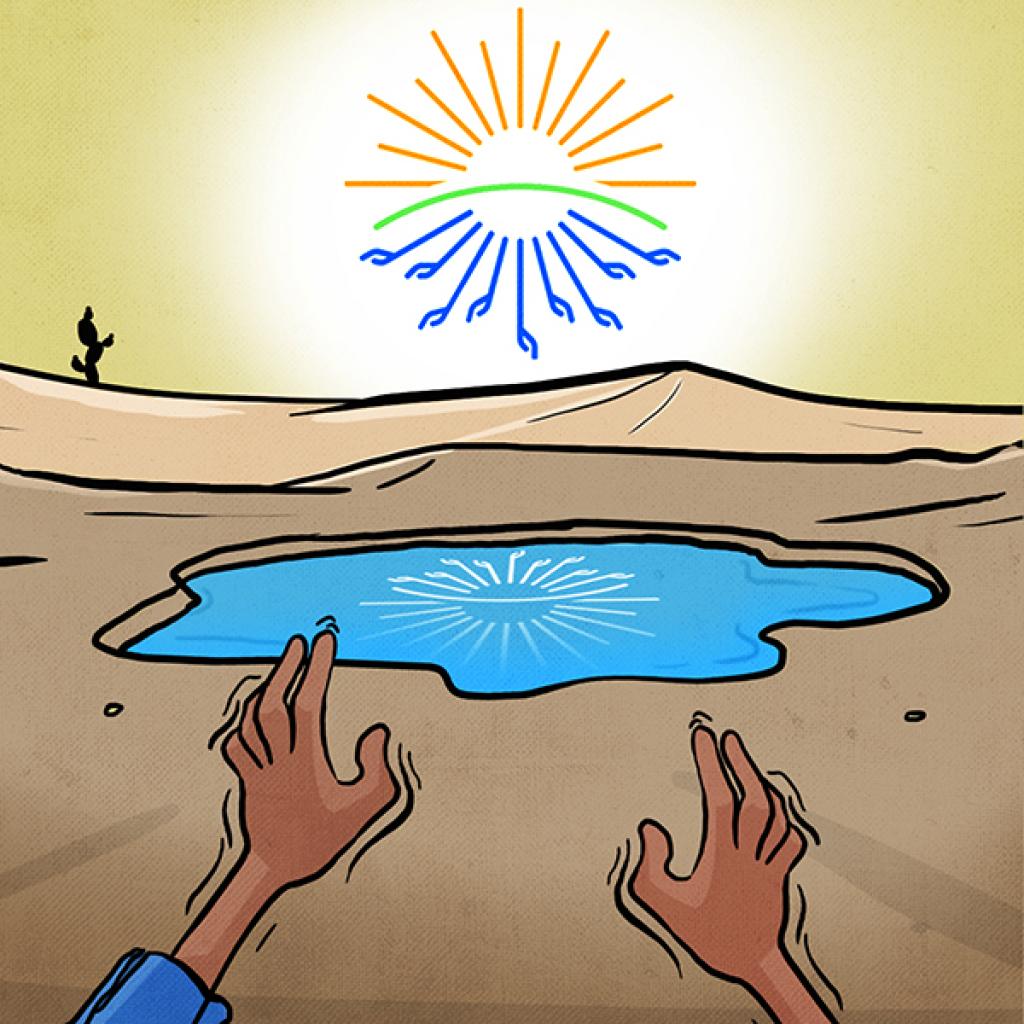 There was so much going on through the day at COP27 that negotiations, the real business of a COP, became the sideshow. Illustration: Yogendra Anand / CSE

It is a sign of sheer desperation to say that the world has achieved “something” at the climate change conference of parties (COP27) that just ended in the coastal Egyptian city of Sharm El-Sheikh.

The fact is COP27 should go down as the worst event in the history of the three-decade-long negotiations to find ways to mitigate emissions that are taking us to catastrophic damages.

This meeting was a grand spectacle—almost like a mirage in the desert. It created a sense of hyper-action, when it actually was about reversing the little gains made till now to combat this existential threat.

I was one of the 45,000-odd people at this conference. What struck me was that it was actually designed to take the heat off the negotiations.

The organisers—the UN’s climate change secretariat and our host, the Egyptian government—had set up hundreds of country and agency pavilions, each with small conference rooms where five to six events were held every day, each participated by 30-50 people.

There was so much going on through the day that negotiations, the real business of a COP, became the sideshow. It had little influence on what governments should have agreed upon.

So, do not be surprised when I say that the final decisions at COP27 were either no-decisions—all crucial texts remained heavily bracketed (UN language for when parties disagree) until they were finally agreed upon in the early morning of November 20—or, to put it mildly, regressive.

We just do not have the courage to call it out. Take the issue of loss and damage, seen as the big achievement of COP27.

Read Down To Earth’s full coverage of COP27

The Sharm El-Sheikh Implementation Plan “expresses deep concern regarding the significant financial costs associated with loss and damage for developing countries” associated with the adverse effects of climate change.

The Plan then goes on to say that it will establish the institutional arrangements for addressing loss and damage, and that this will catalyse technical assistance to developing countries that are particularly vulnerable to climate change.

The only “decision” is that by 2023, it will select the host country for the secretariat. In this way, there is no agreement to create a fund; no agreement who will pay for it; but there is a new categorisation that all this will be directed towards countries that are particularly vulnerable. Who and what are they? This is where the politics begins.

Then, does India qualify as particularly vulnerable because it has mountains and coastlines? This will be contested at the next round of negotiations and will go nowhere, even as natural disasters reach catastrophic levels and deeply damage people and economies.

This is why the world needed to return to a rule-based system of climate governance. We know that the growing intensity and frequency of weather disasters are linked to climate change, which in turn is linked to the stock of greenhouse gases in the atmosphere.

Therefore, it is a simple proposition, all well established in law, that the country responsible for the pollution must pay. This is why loss and damage discussions are about liability and compensation.

In this rule-based scenario, it would be established that a country like India would also contribute to the fund, but only when it has crossed a certain agreed threshold of greenhouse gas emissions.

This rule-based governance was not convenient to the big polluters. So, it was taken apart in the 2015 Paris Agreement. Now, there is no agreed way to differentiate between the polluters, and this gives a country like China a free pass. China is yesterday’s US; its per capita emissions will be equal to the US in 2030.

It should have been moved to the category of polluters. But it continues to hide behind the Group of 77—all developing countries. Frankly, the Group of 77 also finds the power of China convenient for it to take shelter under. The zero-sum game continues. At our cost.

But why do I say COP27 was regressive? This is because for the first time, the agreement has decided to differentiate between the white and black fossil fuels.

At the very last moment, it added the term “low-emission energy” in the clean energy mix—a tacit way of saying that natural gas is cleaner as it emits half the carbon dioxide of coal.

This is what the EU did when it baptised natural gas as clean. And we know that this part of the world, which requires deep decarbonisation, is desperately digging for more natural gas in all parts of the world, including the host country Egypt.

This is not alright. The world is speeding towards breaching the 1.5°C temperature rise guardrail. At 1.1°C, we are seeing such massive devastation and human pain. We cannot be parties to this procrastination and lack of intent. The least we can do is to call it out for what it is: a massive and tragic failure to act.

This was first published in the 1-12 December, 2022 edition of Down To Earth