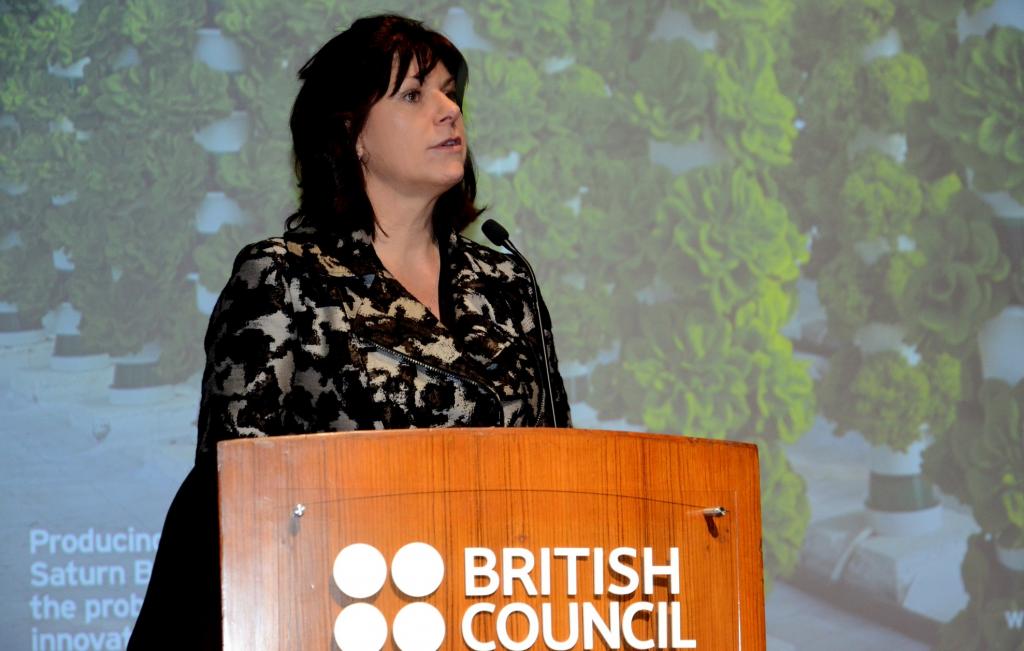 The president of the 26th Conference of Parties (CoP) to the United Nations United Nations Framework Convention on Climate Change (UNFCCC) Claire Perry O’Neill has been relieved of her duties by British Prime Minister Boris Johnson.

Indeed in a tweet, O’Neill wrote that her departure was the result of Whitehall’s (shorthand for the British civil service) inability to cope with an “indy” (independent) CoP Unit.

Sources within the CoP26 unit pointed to her shocking performance during her first foreign engagement in India which was exclusively critiqued by Down To Earth (DTE).

As detailed there, and mentioned by government sources as the reason, issues included her undiplomatic demeanour and the fact that her policy positions spooked key stakeholders internationally; presumably a reference to her regressive attitude on equity, markets and ambition.

As DTE pointed out, she also explicitly contradicted Boris Johnson’s controversial claim that Glasgow (the venue of the 26th CoP) would lead to legally enforceable emissions limits; indeed O'Neill said that the upcoming Commonwealth Summit would have a proud poster saying “There is nothing binding in the Paris Agreement” to celebrate the miracle that is voluntary action.

Of course Perry O’Neill’s firing has to do with more than DTE’s exclusive story published three days before her pink slip. Her emphasis on dubious non–state action in a crucial year when countries are to be goaded into an ambitious new round of national Paris targets, surely ruffled feathers at the Foreign Office, used as it is to more traditional climate diplomacy.

Unions have also raised concerns that she screamed and swore at civil servants, in a sad reflection of Whitehall’s pervasive culture of bullying.

O’ Neill’s approach to climate action fit well with the Conservative Party’s radical deregulation agenda as well as the general equity-hostile position of rich countries. Indeed even The Guardian, the most-left-wing of mainstream British newspapers, which has invested much in the climate emergency, has been deeply insensitive to the equity question.

But it is unlikely her that her roughshod and entirely-lacking-in-nuance presentation of those arguments in Delhi would not have been red-flagged by her senior civil servants before her visit. There is a strong sense that she was set up for failure.

As is inevitable in British politics, Yes Minister must be invoked; especially how the Permanent Secretary Sir Humphrey Appleby encourages his minister Jim Hacker to give a speech that turned out to be political dynamite, in order to stymie his plans.

Indeed, the word on the street in Delhi is that O'Neill went even further to argue that “The Paris Agreement is dead” at the closed-door sessions of the Raisina Dialogue, organised by the Observer Research Foundation, itself founded and supported by Reliance Industries Ltd, the Indian oil refining-to-petrochemicals conglomerate.

Her exit from domestic politics by standing down at the December 2019 elections to concentrate on the CoP had been convenient for her as a passionate Remainer. Her outright ouster with the news buried under coverage of Brexit Day celebrations also works for Johnson, who is looking to consolidate power by expelling opponents even from (domestically) inconsequential positions. Neither the political establishment nor the civil service establishment was comfortable with her leadership; her shocking performance in Delhi merely provided an excuse for action.

Who should be O’Neill’s successor?

DTE’s exclusive analysis nevertheless exposes the rotten core of the climate vision of the British government and the Conservative party (however exaggerated by O'Neill), even amongst former Remainers perceived to be moderates.

With arch-conservative Brexiteer Andrea Leadsom taking over CoP planning until a successor is appointed, things look set to worsen. Britain can fix its flagging image by appointing the right candidate as the next CoP president.

Given that Common But Differentiated Responsibilities and Differentiated Capabilities is a foundational principle of climate action, any candidate’s position on the issue must be clear.

Ideally, only those people who are willing to sign on to a legally non-binding but morally guiding statement on the lines below should be eligible for leadership positions in the global climate order:

We recognise that developed countries are not only almost entirely responsible for historic contributions to climate change but also continue to consume a massively disproportionate proportion of the present-day carbon pie. With humanity’s limited carbon budget, this overconsumption means that the world’s poorest have little carbon space left to meet their basic subsistence needs. While it would be inhuman to attempt to correct this injustice overnight, developed countries must make the most sincere efforts to rapidly decarbonize their economies and vacate carbon space for the poor. They must also help poor countries through finance and technology transfer to enable them to meet their own (later but still ambitious) decarbonisation goals.

But symbolic action will also be necessary to repair the toxic developing-developed international class politics of the UNFCCC. Given that women and girls will be disproportionately impacted by climate change, a leading female advocate of climate action from the Global South must be appointed as the CoP President, bending protocol on nationality if necessary.

The trust and goodwill so generated is likely to lead to better outcomes at Glasgow. But more crucially, an authoritative expert at the interface of climate science and diplomacy drawn from the Global South (rather than a politician drawn from the Global North) can have an absolutely transformational impact.

The glass ceiling indeed limits the pool of qualified candidates, but there are still enough to make an excellent choice; indeed there are climate leaders who have worked at the interface of science and equity since before the world formalised its intent on climate change at Rio.

Such a president will need a British deputy of high public standing and unimpeachable integrity, even if they may hold occasionally controversial views. A person who first comes to mind is the writer George Monbiot who has spent long years reporting from the Global South early in his career.

He has since developed an impressive understanding of not just climate science and politics, but also a sharp nose for distinguishing transformative climate solutions from corporate greenwashing. In an example of the former, he suggested last week that national climate targets be ditched in favour of “maximization”; a policy which delivers the maximum mitigation.

To this, one must add that the word globally, for action in one country alone will have little meaning. Humanity’s target is to maximise global mitigation at the lowest global cost.

Common But Differentiated Responsibilities and Respective Capabilities must be central to any such framework. This year, the world must belatedly finalise the rulebook on carbon markets, the Kyoto version of which actually led to a net rise in emissions, even as developed countries manged to meet their national targets.

While the Paris Agreement explicitly prohibits such an outcome, market rules need to be optimised to maximise global mitigation. Transformative markets would set a floor price on the cost of emissions mitigation projects (per tonne carbon) to qualify for trading on international markets.

This will not only ensure additionality by precluding projects that would have taken place anyway due to low cost, but also transform developing countries through technology transfer, to be multiplied manifold beyond specific credit-trading projects.

This is a crucial year for enhancing climate ambition, with the new round of Paris targets to be announced, and a policy of maximisation can be transformative in this regard. Equity requires developed countries with high historic and present day emissions, as well as greater capacity for action to decarbonise faster.

If national emissions targets were accompanied by targets on countries’ total climate spending (a proportion indexed to standard classifications of countries' per capita GDP levels, akin to income taxes) domestically and abroad, maximisation could not only multiply mitigation efforts manifold but also transform the economies of developing countries and contribute to the attainment of the Sustainable Development Goals.

Through the course of the year, the climate policy research community across the Global South and Global North stands ready to flesh out these ideas into hard numbers and negotiating text to assist Britain in transforming its political leadership of the CoP system into a moral leadership on the climate emergency.

A leadership whose tenure will be remembered, as O'Neill put it in Delhi, as the much-needed inflection point in global climate action. The Titanic can yet be turned around, and Glasgow can be the moment the world has been waiting for since Rio.