At least 90% of the Assam’s districts are flooded and more than 50,000 people are in relief camps 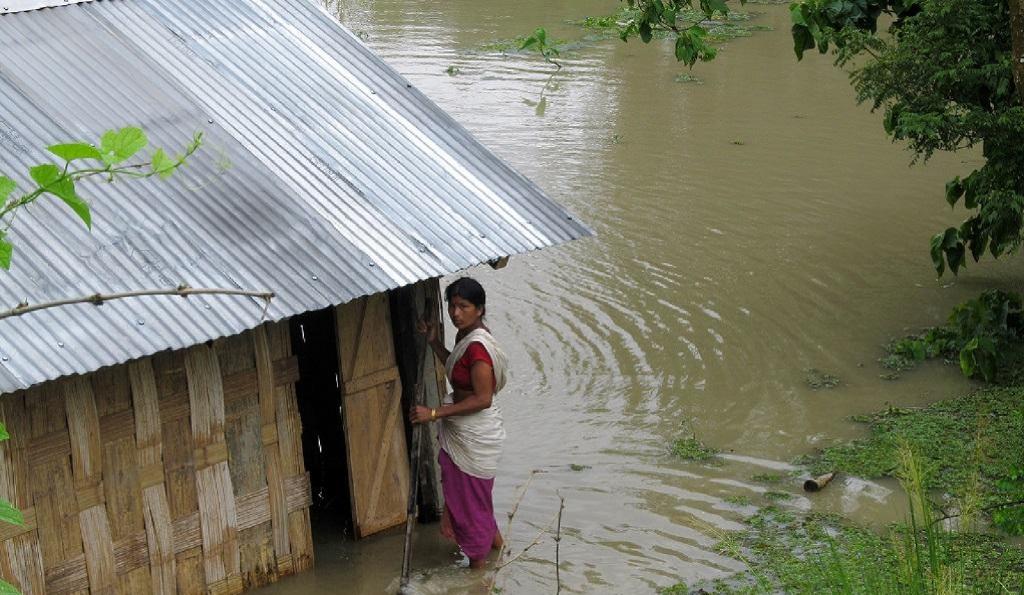 Assam has been experiencing floods for over two months now — at least 90 per cent of the state’s districts are flooded and more than 50,000 people are in relief camps.

But the state’s experience with floods is not unusual: About 40 per cent of the state is affected every year in three-four waves of deluge.

It is a double whammy for the state — it is also battling the novel coronavirus disease (COVID-19) pandemic that not only requires extensive containment strategy but hinders free mobility as well.

“Assam was impacted by floods in 2019 as well, and approximately 1.4 million were affected in a week. This time, however, social-distancing must be maintained to curb the spread of COVID-19,” Down To Earth reported in May.

Heavy rainfall triggered the current floods in the state in the first week of June.

At least 19 extreme weather events in 2019 claimed 1,357 lives, with heavy rain and floods accounting for 63 per cent of these deaths, revealed Down To Earth’s State of India’s Environment 2020: In Figures report. The most lives were lost in Bihar, with people dying from floods and heavy rain (306), thunderstorms (71) and heat wave (292) between May and October.

Every time the floods deal their seasonal punch, the country enters into a debate: Is the extreme weather event increasing and becoming more ferocious?

“Extreme precipitation and flooding causes large-scale impacts on people, and are further intensified by rapid urbanisation, infrastructure expansion, and large numbers of people residing in informal settlements in destitute conditions,” according to a study commissioned by the Asian Development Bank Impacts of Natural Disasters on Households and Small Businesses in India.

An analysis by the DTE-CSE Data Centre of the Central Water Commission (CWC) data showed that in the last 65 years (1952-2018), there was not a single year when flood didn’t impact the country with significant losses to lives and property.

Floods killed 109,412 people in the span. Over 258 million hectares of crops were damaged and 81,187,187 houses were raged. The total economic losses due to crop, house and other property damages came to Rs 4.69 trillion.

In November, 2019, the Union Minister of State for Jal Shakti, Ratan Lal Kataria told the Rajya Sabha that India suffered a loss of Rs 95,736 crore in 2018 floods. This was 2.6 times more than the financial loss due to floods in 2017.

In a study published in journal Nature Communications in October 2019, researchers estimated that coastal flooding risk in India had increased significantly. Some 36 million people in India were under risk, which was six times more than the earlier estimates.

Floods are a regular in India. But something peculiar has cropped up about them in recent years: They not only came early, but they stayed longer as well. And worryingly, they have not been proportionate to the rainfall.

What is frightening is the fact that such unusual rains will become more common with climate change. “It is the pre-monsoon showers, rather than the monsoon, which will increase because of global warming,” said Subashisa Dutta, professor in the department of civil engineering, Indian Institute of Technology (IIT), Guwahati.

In 2012, Dutta studied the impact of climate change on the hazard of floods in the middle Brahmaputra reaches and found that the peak discharges from the river, the average duration of a flood wave and the intensity of pre-monsoon showers are likely to rise during 2071-2100.

Arup Kumar Sarma, professor at the department of civil engineering, IIT-Guwahati, said the floods have been unusual in another way: They seem to have caused more damage.

But there is not enough long-term data to claim that extreme rainfall events have increased over the years. For instance, in Assam, no significant trends in 24-hour rain were observed between 1951 and 2010, according to the state’s action plan on climate change.

The report, however, stated that extreme rainfall events in Assam may increase by 5-38 per cent and incidences of floods by 25 per cent during 2021-2050.