Glasgow CoP26: Climate finance pledges from rich nations are inadequate and time is running out

If developing countries do not receive financial assistance to reduce emissions, it is unlikely we will meet the commitment of the Paris Agreement to limit global warming to 1.5℃ 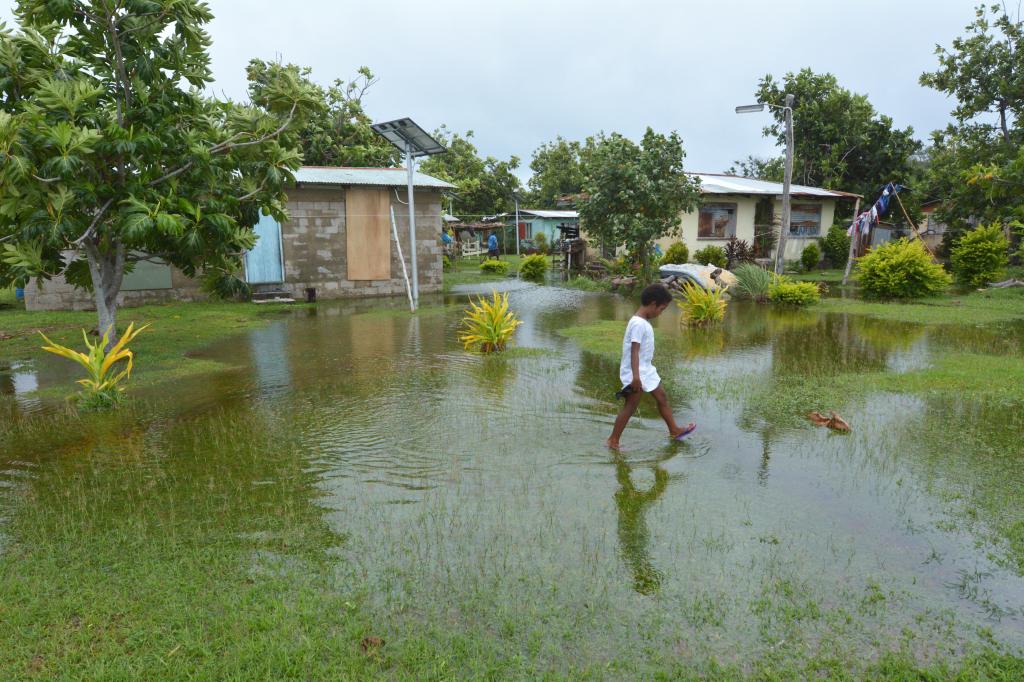 The make-or-break United Nations climate talks in Glasgow have begun. Much attention so far has rightly focused on the emissions reduction ambition each nation is taking to the negotiations. But another key goal of the talks is to dramatically scale up so-called “climate finance” for developing nations.

Climate finance is money paid by wealthy countries (which are responsible for most of the historic emissions) to developing countries to help them pay for emissions reduction measures and adaptation. Climate finance should be in addition to standard development aid.

At the 2009 Copenhagen climate talks, wealthy nations promised US$100 billion a year in climate finance to developing nations by 2020. But that goal has not been met.

A new climate finance plan, developed by Germany and Canada, has been proposed. Reports suggest it will propose meeting the US$100 billion annual target by taking an average of the finance provided from 2020 to 2025, instead of in single years.

The renewed focus on the plan is welcome. But it must be robust enough to tackle the mammoth task ahead, not just an exercise in shuffling figures. Time is running out — if developing nations can’t afford to reduce emissions, we won’t hit global climate goals and everyone will suffer.

At CoP26, intense pressure will be applied to developed countries to provide adequate climate finance.

The promised US$100 billion a year is not nearly enough. The IPCC estimates US$2.4 trillion is needed annually for the energy sector alone until 2035 to limit global warming below 1.5℃ to prevent catastrophic consequences.

The cost for inaction is high and livelihoods are at stake. Crop failures, water shortages and poor health outcomes due to pollution in major cities are all on the cards.

Wealthy nations such as Australia are also affected by such issues — but they often have a far greater capacity to prepare and respond than developing nations.

Australia’s pledges lag behind others

Australia’s current pledge for climate finance under the Paris agreement is A$300 million a year by 2025. So far, there are no signs this will change.

Compared to many countries, Australia is lagging. Even New Zealand, with its much smaller economy, has increased its pledge to NZ$1.3 billion over four years 2025.

The European Union is pledging an additional €4.7 billion until 2027 and the US is doubling its commitment to over US$11 billion annually by 2024.

The EU remains a world leader in climate action and pledges commitments fully in line with the goals of the Paris Agreement. Its impressive set of actions includes:

CoP26 will also likely see “Article 6” of the Paris Agreement come into effect and produce more detail on how this would work in practice.

This article establishes a market mechanism which would encourage emission reductions by means of carbon trading. It could mean companies have to buy allowances to continue emitting CO2.

This carbon trading will provide a funding stream for climate finance. In an ideal world, it generates climate cash that poor countries can use to reduce emissions and adapt.

Another topic expected to be fiercely negotiated at CoP26 is the so-called “third pillar” of climate change action: Loss and damage caused by human-induced climate change.

Loss and damage can be, for example, slow onset events such as sea level rise or prolonged droughts. It could be extreme weather events such as floods and cyclones.

Other impacts include economic damage to livelihoods and personal “non-economic losses” such as cultural heritage or loss of loved ones. Loss and damage goes beyond what we consider “normal weather”.

Increased human migration and displacement also fall under “loss and damage” if caused by climate change impacts. Between 2008 and 2014 and average of 22.5 million people were displaced because of extreme weather and climate-related disasters. This figure does not include migration due to sea level rise, desertification or environmental degradation.

Loss and damage has been a highly sensitive topic in international negotiations. Wealthy countries fear being made liable and opening themselves up to compensation claims from poorer countries due to climate inaction, human rights violations because of forced migration or other issues related to climate injustices.

After several previous attempts to include loss and damage in convention text, it was finally recognised under Article 8 in the Paris Agreement in 2015.

However, the document’s fine print ensured Article 8 does not provide any basis for liability or compensation. Finance to address loss and damage was also not identified.

The Alliance of Small Island Developing States, the Least Developed Countries and the Africa Group make up over half the world’s nations and currently take the brunt of climate damage. These groups have banded together and are expected to negotiate hard on loss and damage at CoP26.

Read more: If governments fail to act, can the courts save our planet?

The risk of legal consequences from climate inaction is increasing. Court cases against fossil fuel companies are on the rise.

Governments are no longer immune either. In 2015, an environmental group called the Urgenda Foundation joined with 900 citizens to sue the Dutch government for not doing enough to prevent climate change.

The law suit was successful. The court found the Dutch government’s commitment to reduce greenhouse gas emissions was insufficient.

In the US, 21 young Americans recently sued the government for violating their constitutional rights by exacerbating climate change. While unsuccessful, the Biden administration agreed to symbolic settlement talks.

And just over a month ago, Vanuatu asked the International Court of Justice to weigh in on what rights current and future generations may have to be protected from climate change.

If developing countries do not receive financial assistance to reduce emissions, it is unlikely we will meet the commitment of the Paris Agreement to limit global warming to 1.5℃.

Clearly, helping developing nations pay for the expensive work of emissions reduction and adaptation benefits everyone on the planet.