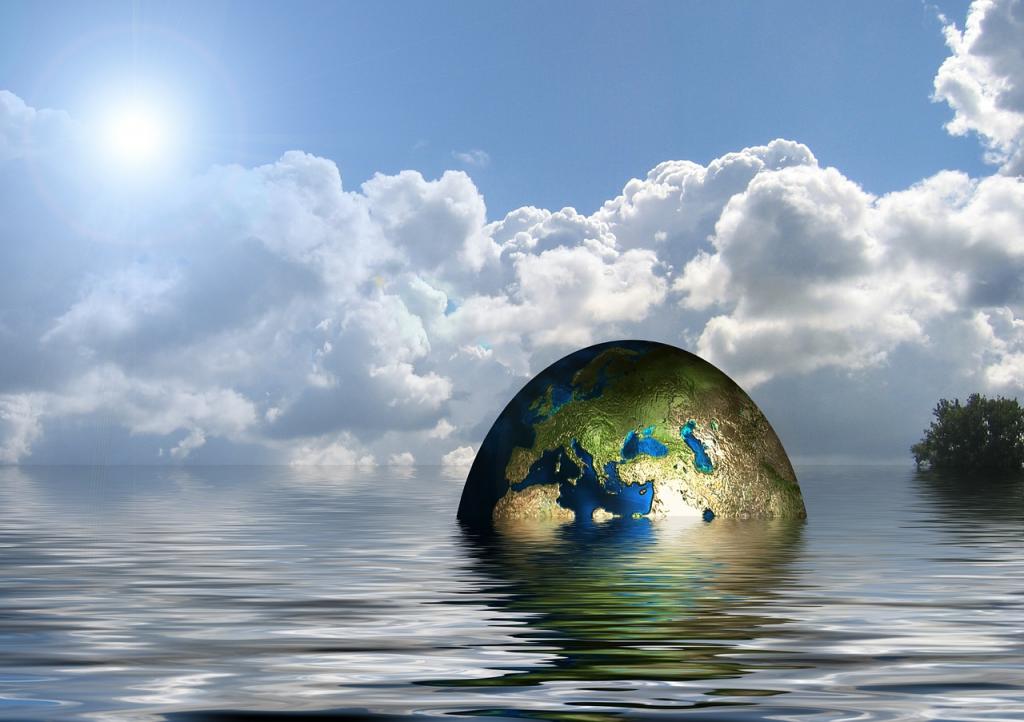 Accountability and transparency should go both ways. Credit: geralt/Pixabay

Yet another roadblock has surfaced in the way of implementing the Paris Agreement. This time it’s the Green Climate Fund.

Discussions over raising new money from developed countries came to a head in July since there was no agreement and the fund’s director had also resigned. While it still has $2.8 billion left to disburse, which will now be stretched out until an agreement is reached, that amount pales in comparison to the amount of money developing countries need. Pending project applications to the fund are worth $1 billion, and the long-term target is to make $100 billion available each year by 2020. That target was set in 2015. The amount committed to the fund in all its existence totals to $10.3 billion (not all of which has been given).

Under the numbers lies a fairly old morality play. After all, the original sin of the fund was to try and combine the financial acumen of institutions like the World Bank with the equitable political participation of the United Nations Framework Convention on Climate Change (UNFCCC) process. The board of the GCF is required to have an equal number of members from developing and developed countries (12 each). So the fund is not a charity or—as the lexicon of multilateral governance would prefer—a “donor-driven organization”. It is a vehicle for the delivery of finance from developed to developing countries, an obligation that is grounded in the UNFCCC’s promise of common but differentiated responsibility.

The prospect of delivering on that promise has never been an attractive one for certain developed countries, and the briefest history of climate finance will reveal the resulting litany of dodges and obfuscations. Between the green-washing of development assistance and the boundless optimism regarding the private sector’s role in climate finance, figuring out whether ‘donors’ are meeting their commitments is a task designed to confound the most creative accountant.

So it is a risible reflection of our times that the GCF process is being held up over concerns of accountability and transparency in the way funds are being used. Developed countries insist on an external performance review of disbursements made so far, as well as the finalisation of a grab-bag of internal fund policies, including on issues as diverse as gender, co-financing, and voting rules.  Both these demands are explained as a desire for ‘impact’, which can be used to justify funding the board to taxpayers in developed countries.

On the face of it, this looks quite similar to comments by the last director of GCF (Hela Cheikhrouhou of Tunisia), who expressed concerns that, if the fund “became all things to all people, we would have very limited impact in the greater scheme of things”. Context, however, is everything. Cheikhrouhou was particularly concerned about GCF money being used for pre-existing renewable infrastructure projects. That is a very different thing from, say, the US, Canada, Sweden and Japan opposing a project last year to drought-proof communities in Ethiopia because it was not sufficiently different from development work. Further complicating matters, other commentators have been critical of the fund for considering hydropower proposals and planning partnerships with private entities heavily invested in fossil fuels.

In short, impact means different things to different parties. This is why review and evaluation is a separate ongoing question being considered by the board, as is the development of internal policies. Improving those processes is in the interest of all parties, but it is certainly not a discussion which benefits from the kind of arm-twisting that is currently on display. What is the implication here? Is it that if previous funds have not been used “properly”, this somehow lessens the obvious and ever-increasing need for climate finance? This is a negotiating tactic far removed from any notion of collective responsibility.

But if these are the terms of negotiation, then so be it. Accountability and transparency should go both ways. In exchange for setting a timetable to reach consensus on internal policies and to conduct an external performance review, developed countries can commit to a timetable to replenish the fund to fully match the Paris target of $100 billion per year, exclusively through public grants, starting this year. Making the GCF the primary vehicle for the Paris finance commitment will at least move us past the pathological lack of transparency in tracking climate finance.

If some actual multilateral good faith is on display, impact will not be far behind. Meanwhile, there is no justification for putting all ambition on hold.