Heatwave in Delhi: Are ACs adding fuel to fire?

Over half the electricity demand during heatwave months can be attributed to need for space cooling at offices, shops, homes

Delhi is burning an unprecedented volume of fossil fuel to keep cool. The average daily demand for electricity in the capital city for the month of April has shot up to 4,336 megawatts.

This is the highest since real-time tracking of electricity demand started in 2018. It is also almost twice the demand recorded for April 2020.

Most of the city’s electricity demand is met through thermal power and so, this greed for coolth is only adding fuel to fire.

Demand of electricity is directly correlated to outdoor temperatures 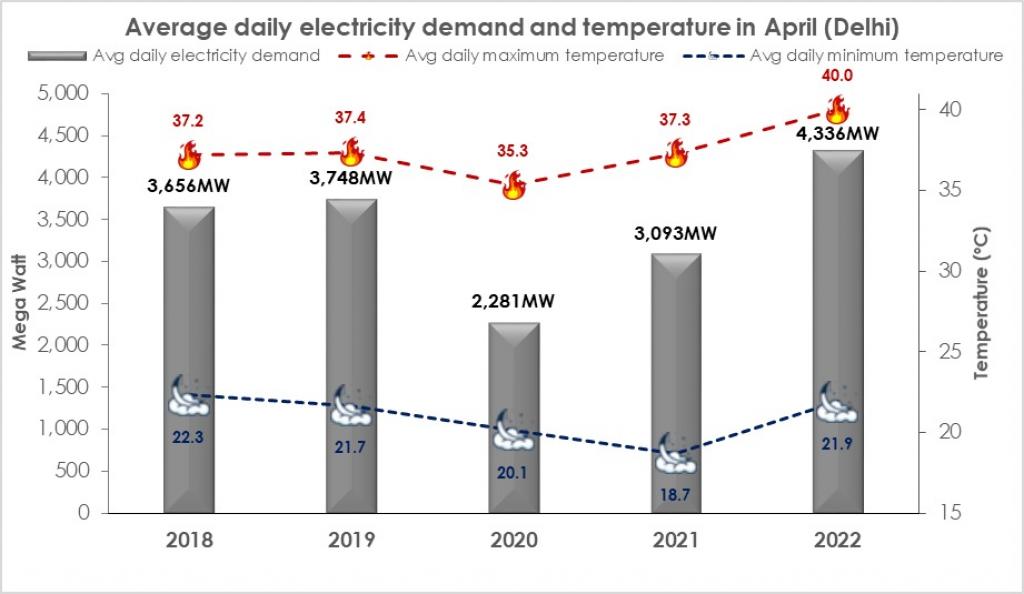 During heatwave months, over half the electricity demand can be attributed to the need for space-cooling at offices, shops and homes, an earlier assessment of the relationship between ambient heat and Delhi’s demand for electricity by the Centre for Science and Environment, a Delhi-based non-profit showed.

The growing addiction to air conditioners (AC) is to be blamed for this.

Not a standard heatwave

The daily maximum temperature in Delhi has been regularly above 40 degrees Celsius for most of April. But the night-time or the daily minimum temperatures have remained in the low and mid 20s. This meant that electricity demand at night has remained relatively low as people didn’t need ACs throughout the night to help them sleep.

Also, given the cooler outdoors at night, ACs don’t need to consume as much electricity to keep the house cool.

Regular heatwaves in previous years generally registered not only abnormal daytime temperature but also uncomfortably high night-time temperatures. This happens due to the inability of the city to cool down after sunset as it gets flooded with heat exhaust from millions of ACs running in the city.

Those nights when the daily minimum temperature doesn’t dip below 30°C, it becomes highly difficult to get sleep to recover the body from the beatdown it received during the day. And these are the days when Delhi’s demand for electricity breaks records. This gobbling of resources by the rich of Delhi means the rest suffers the brunt of the sun.

Delhi hardly recorded any death due to heat-stroke in the past few years as people have access to cooled spaces, something made possible by 24x7 electricity supply in the city.

Most deaths due to heat stroke are reported from Andhra Pradesh, Telangana, UP, Bihar and Maharashtra, according to the National Crime Records Bureau (NCRB)

Not just the electricity demand but also deaths due to heat-strokes are directly related to severity of heat-stress in the cities and region.

Heat-strokes have become the second leading cause of death from a natural force in India, data from the Accidental Deaths & Suicides in India (annual publication by NCRB) showed. The condition has killed over 20,000 people in the first 20 years of this century, only exceeded by lightning that has killed almost 50,000 people. 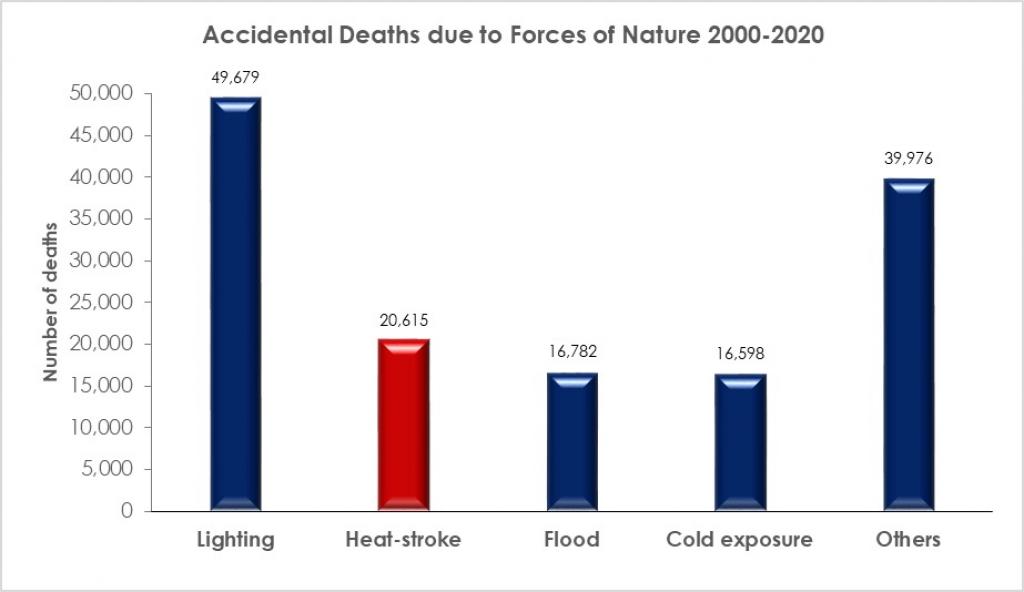 Most heat deaths are reported among men of 30-60 years, which is a strange statistic given it is generally the most physically fit sub-group of the demography. NCRB doesn’t provide socio-economic background of the dead, but a quick scan of media reports reveals that these are blue-collar workers engaged in outdoor activities during the summer.

There have been fewer heatwave days in 2020 but this drastic fall in deaths is most possibly due to the hard pandemic lockdowns during the summer of 2020 that almost eliminated outdoor activities in April and May. 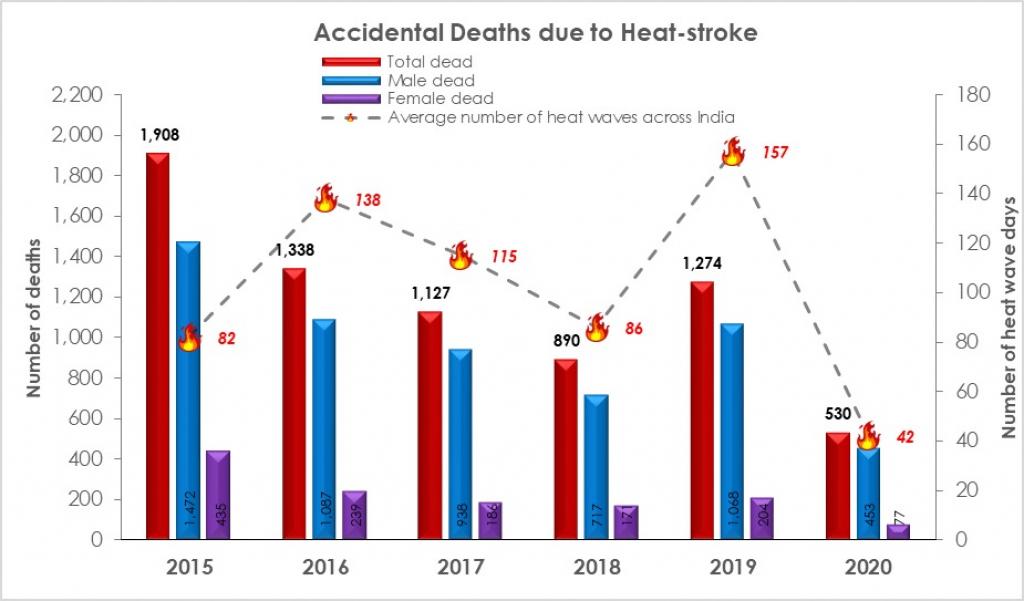 IMD has started issuing heat-wave alerts and their forecast models have improved over years. But there is no policy action that follows after these heatwave warnings by IMD.

National Disaster Management Authority in 2019 published the National Guidelines for Preparation of Action Plan — Prevention and Management of Heat Wave, which is a decent document on improving government response to heatwaves. But no information is available on how many action plans were made. In fact, Delhi doesn’t have one.

Ahmedabad and a few more cities of Gujarat have a heat action plan but these are limited to enhancing medical response and drinking water supply during emergencies. Simple things such as stopping outdoor activities like construction and goods delivery during peak heat hours are not incorporated in these plans.

There is a need to develop a multisector heat reduction and management plan, and not just focus on surviving the heatwaves.

To effectively shield our population from the scorching sun, efforts need to be made to reduce heat generation within the city. Cities today are abuzz with heat exhaust like ACs, vehicles, power plants and open fires. We also have poorly designed buildings and infrastructure that trap this heat.

Just like air pollution plans, there is a need to focus on reducing pollution sources within cities and regions so that when the weather becomes hostile, our cities and buildings don’t automatically turn into ovens.