IEA’s push for climate ambition must start at home

The International Energy Agency (IEA)’s Global CO2 emissions in 2019 report is the latest edition of bad data interpretation and visualisation. Their key takeaway is that “global energy-related CO2 emissions flattened in 2019 at around 33 gigatonnes (Gt), following two years of increases” while the global economy grew around 2.9 per cent.

Given the uncertainty surrounding annual emissions data, which often continues to be revised years into the future, that kind of takeaway is irresponsible enough. It evokes the optimism around the ‘decoupling’ of emissions and economic growth that was all the rage mid-decade. That ‘flattening’ was short-lived. The jury is still out on whether global emissions have really peaked this time.

More inexplicable, however, is the graph below, an IEA estimate of the change in energy-related carbon dioxide emissions between 2018 and 2019 for selected regions. 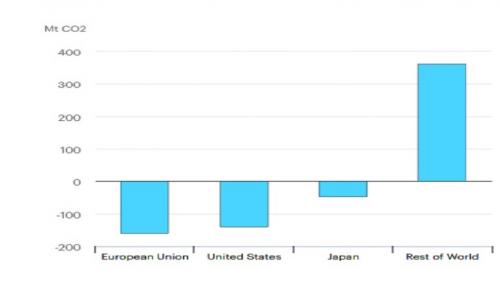 For anyone with a passing familiarity with the history of emissions politics, this kind of graphic is a red flag — data that obscures more than it illuminates. Notwithstanding the other visualisations available on the IEA’s page, it will inevitably lead to this kind of headline. 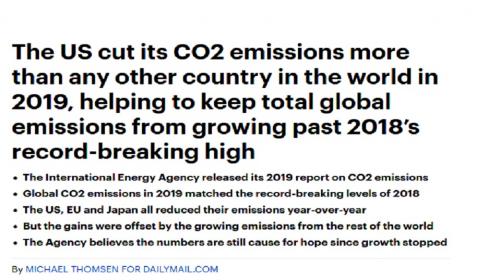 Emissions numbers are never to be presented without reference to equity. That is not the exclusive concern of the United Nations Framework Convention on Climate Change or the climate negotiations process. It extends to the International Energy Agency as well.

There are several ways to present such data without implying that the United States (which eliminated climate policy from this year’s budget) or Japan (which is ramping up coal-fired electricity) are anything close to conscientious.

It could have, for example, rendered the change in emissions between 2018 and 2019 as a per capita figure (below). That would show the increase in carbon consumption by the ‘Rest of the World’ (RoW) is far more limited (less than 0.1 tonnes of carbon dioxide per person) than one might visually assume from the gross totals. 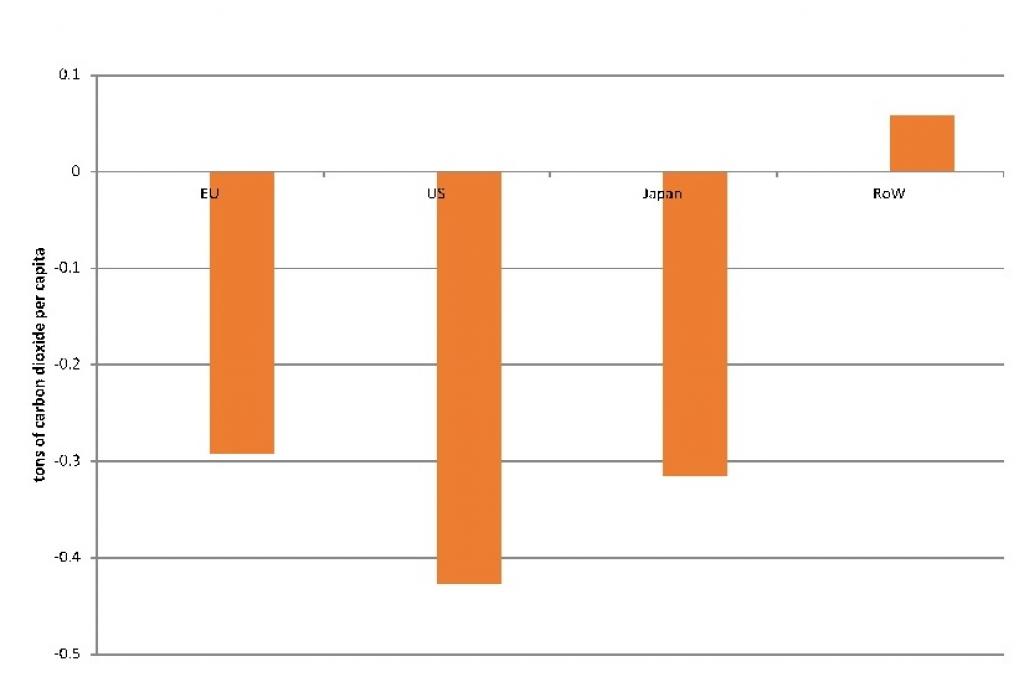 If per capita was that unpalatable, it could have shown the change relative to existing emissions levels, as below. That would reveal the larger truth — that this is basically no change at all, at a time when developed countries should be close to zero emissions within a decade.

Carbon dioxide emissions from fuel for selected regions (2017 vs. 2019) 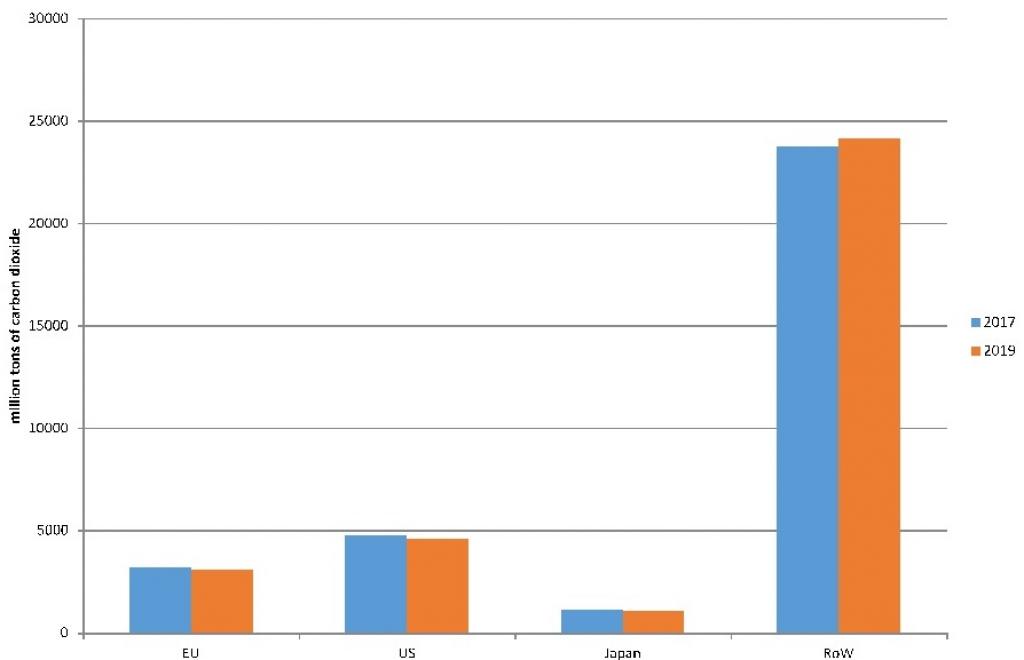 A full picture would have used both approaches — the below graph shows the 2017 levels of per capita emissions, and the corresponding 2019 figures. The European Union continues to consume 1.5 times more carbon, Japan more than double and the US more than triple the rest of the world. The starkness of persisting global inequity would have given the lie to the false sense that action is being taken in developed countries to right these wrongs. 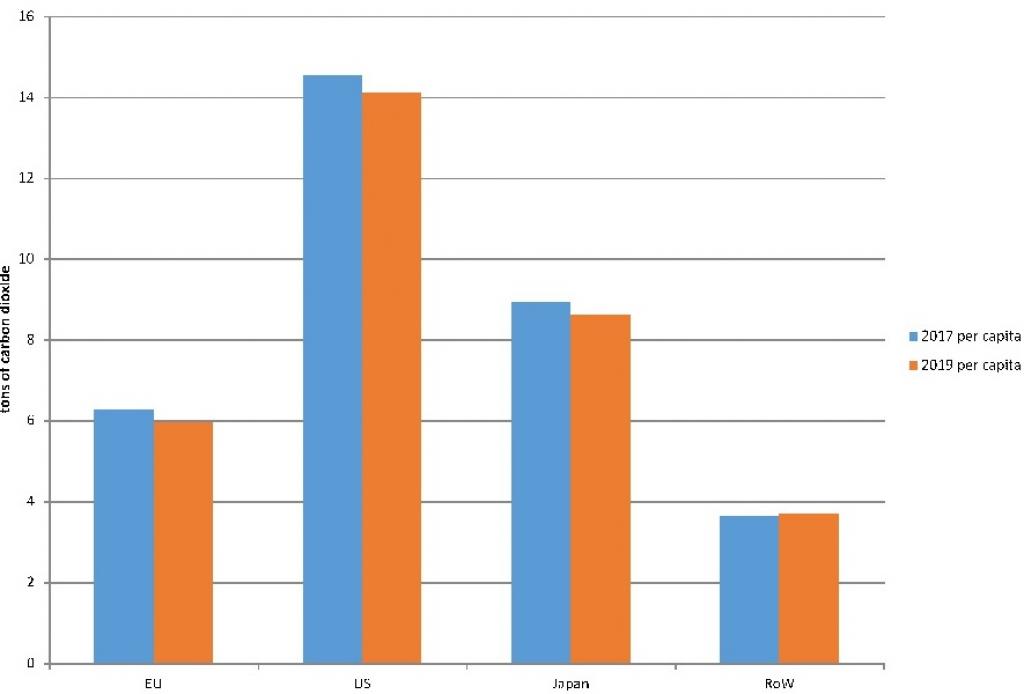 The IEA is under fire for allowing its annual ‘World Energy Outlook’ projections to encourage long-term locked-in investments in fossil fuels. It is firefighting, not by re-evaluating its priorities, but through a public relations strategy — announcing a “Grand Coalition” to “achieve climate goals”.

This kind of open-ended coalition has become the new preferred side-lane to avoid holding developed countries to account. It demands nothing of its participants barring paeans to innovation and endless supplies of faux-optimism regarding the potential of ‘non-state action’.

The scale of the crisis means that countries must re-orient themselves, as must venerated global institutions. The IEA has so far been captured by business-as-usual interests — the pressure on it to demonstrate an iota of real responsibility will continue to rise.