It is time to own up: Why ‘Anthropocene’ should matter 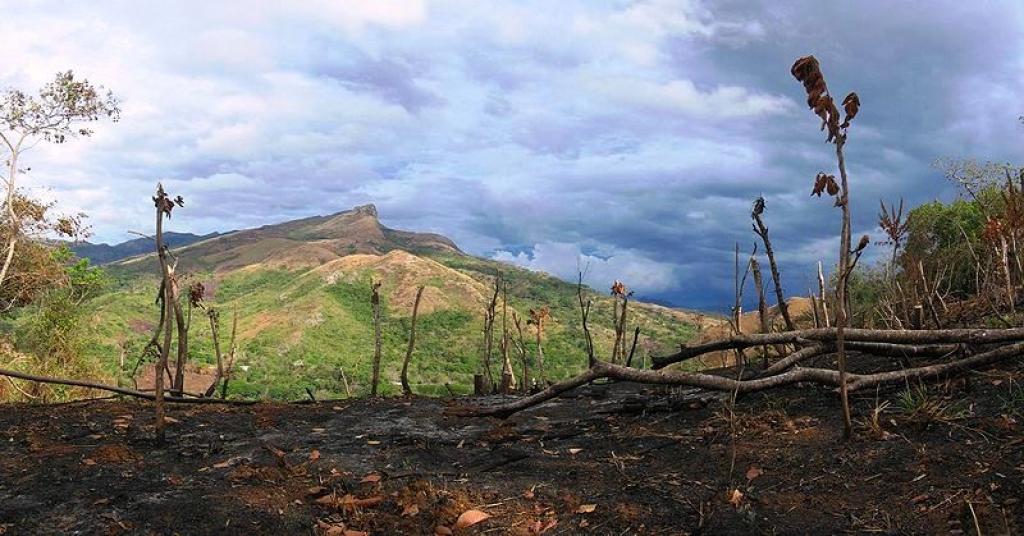 In the geological blink of an eye, our existence may have been only for a short period. But the impact of human existence and actions on the planet are profound. Increasing sea levels, pollutants in water bodies, soil and air as well as decreasing number of species are a testament to the fact that we are leading our planet towards the sixth mass extinction.

The geological time scale (GTS), which describes different time periods of the geological history, has classified the largest division as eons. Eons are further categorised into different eras, which are in turn classified into periods, epochs and ages.

The current epoch that we are living in has been termed by many a climate expert as the Anthropocene. This, however, is not an officially recognised time period.

The term Anthropocene was first suggested and popularised by Paul Crutzen (Nobel Prize-winning atmospheric chemist) and Eugene Stoermer (ecologist) in 2000. The duo traced the changes in the Earth system to the chain of causality, which evidently led to major human activities such as increased urbanisation, use of plastic, introduction of nuclear energy, fertilizers and more.

While the official recognition of the term is still debated, there is a wrangle on the start date of the Anthropocene. Some state that it is impossible to predict exactly when the epoch started, while some argue that the Industrial Revolution should be considered as the start of the major human-induced changes on the planet.

Others opine that the Anthropocene started thousands of years ago, when humans started making slow changes to the land systems through agriculture practises.

The officially recognised period that we live in is called the Holocene. It began approximately 11,650 years after the Ice Age. Crutzen, Stoermer and many other scientists expostulate that the Holocene has ended and the anthropogenic climate change has severely changed life on Earth forever. That counts as a new geological period where humans have been the major determinants of the change in the environment.

An independent research group, Anthropocene Working Group (AWG) dedicated to study the Anthropocene, was formed in 2009. The 38-member group still works to collect evidence that marks the Anthropocene as a geological epoch. There are several signals that show that humans have caused irreversible effects on the planet.

In 2016, they propounded that the new epoch should begin around 1950, owing to the radioactive elements dispersed by nuclear bomb tests. A majority of the group voted to accept the term as a geological epoch in 2019.

Criticism placed on the AWG includes a lack of diversity of the members on the group and the efforts to find individual signals that show distinct impact of humans on the planet, rather than the progressive negative activities through the years that damaged the planet.

How does a term matter?

The word Anthropocene comes from the Greek word ‘anthropo’, meaning ‘man’, and ‘cene’ meaning ‘new’. It connects humans with the changing geology. It is not just the planet’s natural cycle of change, but our greenhouse emissions that are causing a change.

It is important to recognise and popularise the term ‘anthropocene’ because it helps humans understand that we are responsible. We have profoundly impacted this planet; from this day onwards, actions will determine whether it gets better or worse.

Words are important in environment communication. Ecologist and activist Yuvan Aves said in one of his essays:

“I am interested in the power of words and language to protect, vividify, dignify life, people and ecologies. Though language-systems have also been historically necessary in dividing, degrading, manipulating and supressing.”

Several researches have proved that words influence perception and action. The words and terms we use on an everyday basis change our perception about the issue. Therefore, the power of words and terminologies cannot be undermined. If we are disinclined to recognise the Anthropocene as an important phrase, we doom ourselves to a stage of no change.

A segment of the world’s population that denies climate change and believes the planet’s cycle of destruction and renewal is natural, is oblivious of human actions. Terms like Anthropocene, which remind us of the effect of our actions and inactions on the planet, bridge the gap between communication and pro-environmental behaviour change.

A powerful research published recently in Nature states a rather dizzying fact. The human-made mass (that ranges from concrete to clothes; everything we have basically created) will soon exceed the mass of all living beings. The research also stated that on average for each person, the anthropogenic mass generated is equal to their body weight or more every week.

Professor and geologist Jan Zalasiewicz, who chaired the AWG for several years, commented on this research stating that the evidence for the same is now quite extensive.

We are living in unprecedented times: A pandemic, climate crisis and an economic setback have upended several countries. How do we look at this with a new lens and cruise through with unique ideas?

It would be possible only if we realise that we are responsible for our actions. Every solution we propose for every problem must be ethical and sustainable. The United Nations Development Programme urges us to transform the ways we live and rethink our practices.

It's time to add Anthropocene to the glossary of regular environment terms. It is imperative that we recognise the Anthropocene and cognise the fact that we modify the Earth systems.