It’s been 5 years since Paris Agreement but are Nationally Determined Contributions equitable?

To cap global warming at 1.5°C or even 2°C is a tall task that needs much more effort from countries in reducing reliance on fossil fuels 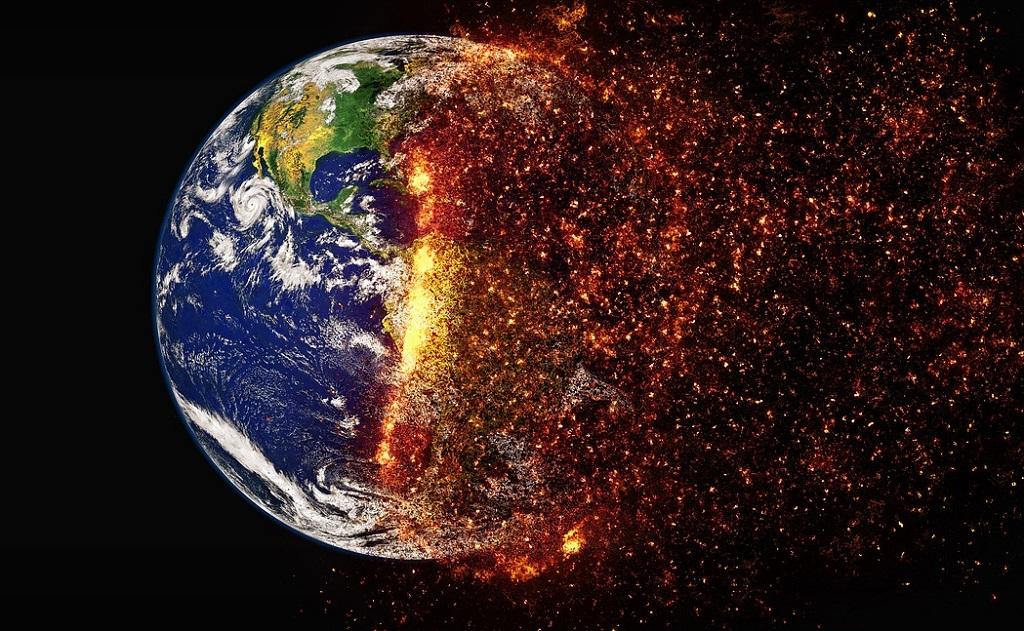 At the 21st Conference of Parties (COP 21) to the United Nations Framework Convention on Climate Change (UNFCCC) in Paris, non-Annex 1 — developing — countries signed pledges; they agreed to shoulder the responsibility of reducing greenhouse gas (GHG) emissions along with Annex 1 and 2, — developed and industrialised — countries. In simple terms, country-level GHG emissions equates to energy spent by burning fossil fuels. This, in turn, equates to economic growth.

From the Kyoto Protocol, the predecessor of the Paris Agreement, developing and poor countries followed the principle of Common but Differentiated Responsibilities and Respective Capabilities (CBDR-RC). It acknowledges the different capabilities and differing responsibilities of individual countries in addressing climate change.

This is based on the historical context of emission pathways: Rich countries developed by burning fossil fuels, industrialising and therefore becoming economically stable. Following the CBDF-RC, non-Annex 1 countries are allowed their fair share of carbon budget and GHG emission.

In the Paris Agreement, however, non-Annex 1 countries put aside this principle and pledged to reduce their emissions along with Annex 1 countries. This acknowledged that though we do not have a historical responsibility in reducing emissions, considering the impacts of climate change we will get on board.

India is within the “2°C compatible” rating — the country’s climate commitment (through 2030) is considered a fair share of global effort, but is not consistent with the Paris Agreement of 1.5°C.

The United States, Russia, China and Japan are on a 4°C (or higher) pathway; Australia, Canada and others are a modicum better, on a 3°C warming pathway.

However, outside the 2°C compatible pathway  it all adds up to these major emitters being well outside the fair share range — not at all consistent to the what was agreed upon in Paris in 2015.

In terms of the fair share of equity, countries should have similar emissions-reduction costs vis-à-vis their gross domestic product. But economies like the US and those in the European Union have been high emitters, still have high per capita emissions and have high capacities to act — approaches that focus on equality, equal cumulative emissions and historical responsibility. Yet, their NDCs are highly inequitable; much more stringent reductions are needed, which partially result in negative emission allowances in all years.

Country Compatibility of NDCs to the Paris Agreement of below 2°C to 1.5°C; Source: Climate Action Tracker

Ironically, the sense of optimism from countries party to the convention on how they fare with their NDCs indicate the mismatch between expectations and reality. Even if every country fulfils every commitment, global warming would still be more than 3°C.

Now, literally, is the time to act; By the next cycle to update NDCs in 2025, the scale of the task may be beyond reasonable reach. It would be folly for Parties to wait until then to correct the lack of ambition as NDCs are a stepping stone towards Net Zero emissions by mid-century. 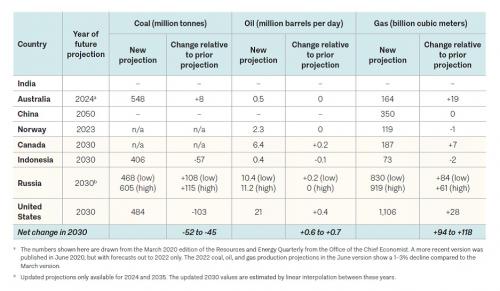 A dash (–) denotes that no updates were available, Data as of September 2020; source: UNEP Production Gap Report, 2020

Prior to the novel coronavirus disease (COVID-19) pandemic, there were some encouraging signs. Indonesia and the US lowered their projections for coal output. But Russia increased its projections; Australia, Canada, the US and Russia also forecast even larger increases in their oil and gas production. Russia, the US and Canada also expected to produce substantially more gas.

Global fossil fuel production needs to decline 6 per cent every year for the next decade for a 1.5°C rise in temperatures, according to the United Nations Environment Programme Production Gap Report. Even for a 2°C rise, it needs to keep decreasing 2 per cent year-on-year.

For a 1.5°C pathway, coal output will have to decrease 11 per cent annually through 2030; oil and gas production should fall 4 per cent and 3 per cent, respectively. But countries aim to produce 120 per cent and 50 per cent more fossil fuel by 2030 than would be consistent with limiting global warming to 1.5°C or 2°C, respectively.

This translates to a 2 per cent annual average growth in global production over the next decade even as all signs point to a continued global fossil fuel production gap.