Demands for L&D finance are not treated as humanitarian aid or charity. They are viewed as reparations owed for climate damages. As a result, the needle has moved at an excruciatingly slow pace 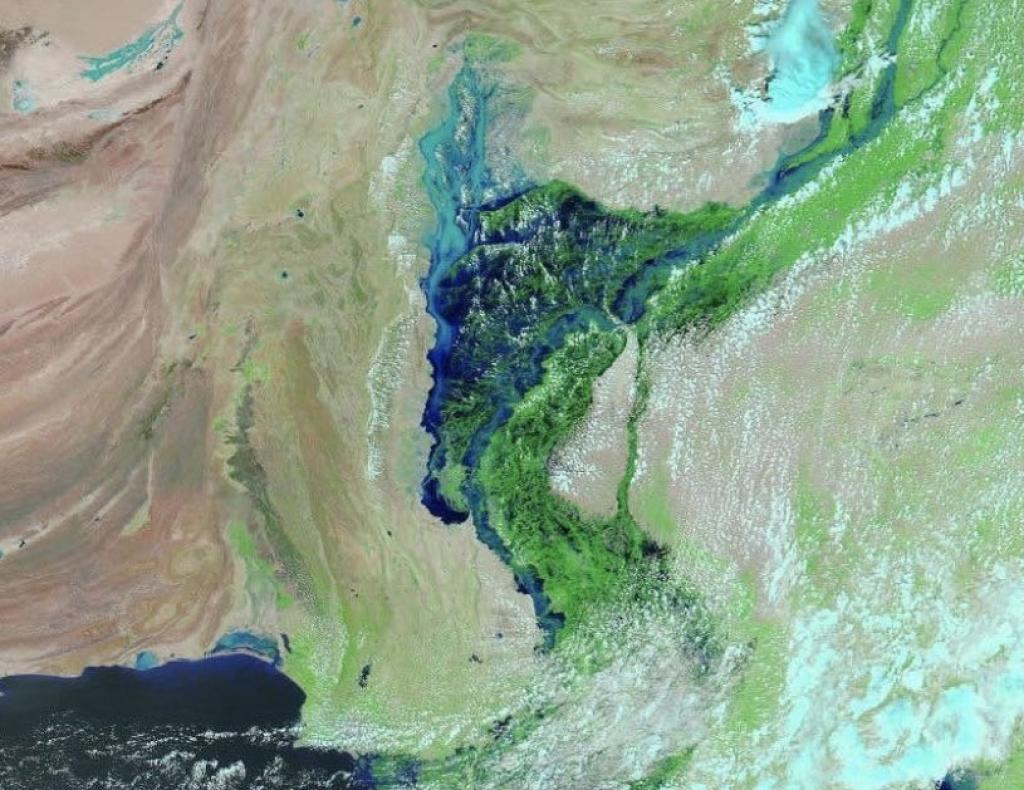 Widespread flooding in Pakistan this summer intensified over the past week and has led to the inundation of about a third of the country. Damage to food crops and livestock, loss of homes and loss of human lives add up to making it a disaster of catastrophic proportions.

Did climate change exacerbate the flooding in Pakistan? All signs point to a likelihood that it did. A combination of a prolonged La Niña phenomenon whose impacts have been enhanced due to global warming and enhanced warming in the Arctic region potentially causing heatwaves in Pakistan and melting many of its 7,000 plus glaciers are two possible drivers.

Developments in climate attribution science have already ascertained that the 2022 heatwave in India and Pakistan was made 30 times more likely due to climate change; in a 2 degrees Celsius (°C) warmed world, the likelihood would increase by a factor of 2-20.

According to the Intergovernmental Panel on Climate Change, every additional 0.5°C warming will increase hot extremes, extreme precipitation and drought. So, for all purposes, this is only the beginning.

Sherry Rehman, Pakistan’s minister for climate change called for a reset of global climate targets and reparations to countries that contributed so little to the world’s carbon footprint, this week.

“Historic injustices have to be heard and there must be some level of climate equation so that the brunt of the irresponsible carbon consumption is not being laid on nations near the equator which are obviously unable to create resilient infrastructure on their own,” she said in an interview with The Guardian.

“We’re going to be very clear and unequivocal about what we see as our needs and due, as well as where we see the series of larger global targets going. But loss and danger to the south which is already in the throes of an accelerated climate dystopia will have to be part of the bargain driven at CoP27,” she added.

The issue of loss damage (L&D) — the devastation that climate change is inflicting today upon the poorest and most vulnerable and which cannot be reversed through mitigation or adaptation — has been contentious.

At climate negotiations facilitated by the United Nations Framework Convention on Climate Change (UNFCCC), L&D has been championed by island countries whose entire homes and heritage are under threat from climate changed-induced sea level rise.

It was first mentioned in the Bali Action Plan text, which was released after the 13th Conference of Parties (CoP13) in 2007. Unlike mitigation and adaptation however, L&D seeks a clear link to historical responsibility — the fact that wealthy nations have emitted more planet-warming gases than the poor.

Thereby, it seeks a link to liability and compensation. Demands for L&D finance are not treated as humanitarian aid or charity. They are viewed as reparations owed for climate damages. As a result, the needle has moved at an excruciatingly slow pace on any concrete fund transfer since wealthy countries are keen to avoid endless litigation.

At the 26th Conference of Parties to the UNFCCC in Glasgow, the Group of 77 and China (G77) negotiating bloc had united in their demand for a L&D finance facility to disburse funds to those affected by climate impacts today. G77 represents more than 80 per cent of the world’s population.

Pakistan currently chairs the G77. The demand was pushed back and watered down to a “dialogue” by developed countries. The Glasgow Dialogue on L&D finance commenced at the meeting of the Subsidiary Bodies in Bonn in June 2022, but concluded as no more than a series of fragmented discussions on the landscape of issues.

At a side event on June 13, Nabeel Munir, Pakistan ambassador and present G77 Chair, lamented that the “ask” from the G77 at Glasgow was the establishment of a finance facility. “That’s a tangible outcome. ‘Discussions’ and a ‘dialogue’ are not a tangible outcome. Those are a talk shop and nothing more,” he added.

Pakistan is in as vulnerable position as a developing nation can be. It is deeply entrenched in a debt crisis, owing $38 billion in debt repayments this year. It is responsible for less than one per cent of historical GHG emissions.

Its losses from flooding have been preliminarily estimated at $10 billion to $12.5 billion, with cascading impacts on inflation, poverty, unemployment and economic growth.

The State Bank of Pakistan used satellite images of the Space and Upper Atmosphere Research Commission (SUPARCO) to assess agricultural losses, while economic losses have been estimated on “the basis of disrupted economic activities hit in all districts and tehsils in the flood-affected areas,” according to reports.

In addition, the trauma of displacement for those who have survived, inflicts damage that cannot necessarily be evaluated with a rupee value. In climate policy parlance, these are termed non-economic losses.

Sunita Narain, director-general of the Centre for Science and Environment, believes that we need to “put a human face” on climate-induced disasters. Accurately estimating the costs of disasters at a regional level frequently, with numbers on losses and damages, is crucial.

“With each disaster, people lose their ability to cope. It becomes more and more difficult for them to pick up the pieces and start again. They have no alternative than to migrate — to look for places that are less exposed to the wrath of nature. But soon, there will be no safe ground to escape to,” she writes.

At the UNFCCC level, the fight will now move to making L&D a formal agenda item at CoP27 in Egypt, in order to derive a substantial outcome. For this, consensus is required both across developing and developed country blocs, as well as within developing country blocs themselves.