Monday’s IPCC report is a really big deal for climate change. So what is it? And why should we trust it?

This report puts greater emphasis on regional climate change, on changes in extreme events, and how these events are linked to human-caused climate change 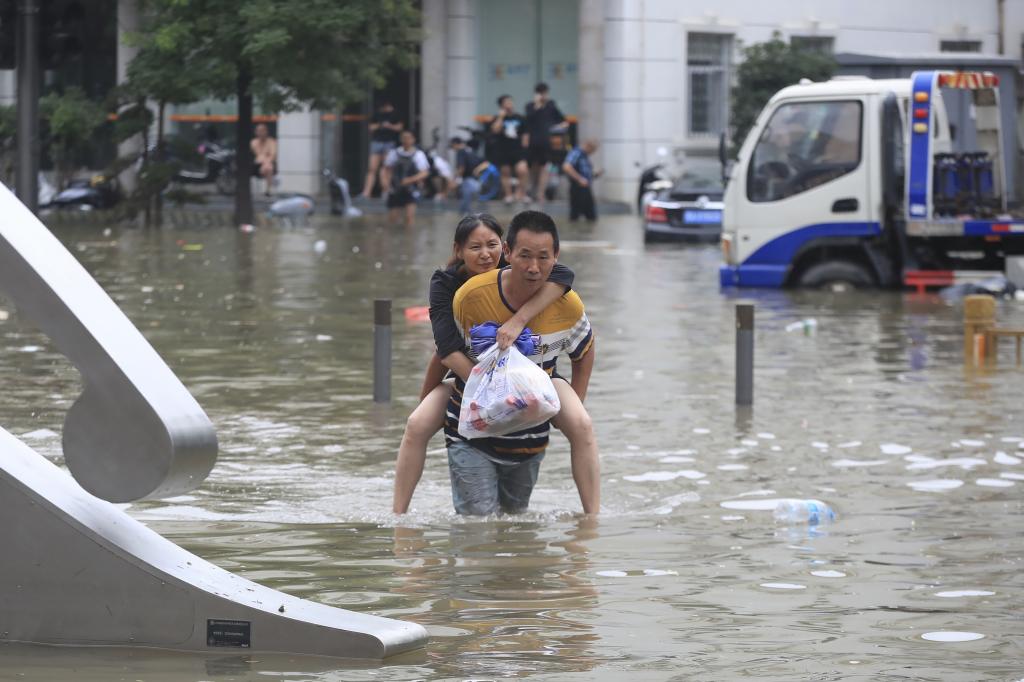 On Monday, an extremely important report on the physical science of climate change will be released to the world. Produced by the Intergovernmental Panel on Climate Change (IPCC), the report will give world leaders the most up-to-date information about climate change to inform their policies.

It is an enormous undertaking, and has been a long time coming.

This report is the culmination of a marathon five-year assessment, writing, review and approval process from 234 leading scientists hailing from more than 60 countries. These scientists have worked together to rigorously evaluate the world’s climate change research papers — more than 14,000 of them.

I’ve been involved with the IPCC reports in multiple roles since 1997. For this current report, I was a review editor for one chapter.

This IPCC assessment report is the sixth overall, and the first since 2013. A lot has changed since then, from major governments setting ambitious climate targets, to devastating floods, fires and heatwaves across the world.

So what is the IPCC, and why does this report matter so much? And given the report is commissioned and approved by national governments, should we trust it?

The Intergovernmental Panel on Climate Change was first established in 1988 by the United Nations Environment Programme and the World Meteorological Organization. Their aim was to provide policymakers with regular and comprehensive scientific assessments on climate change, at a time when climate change was becoming a more mainstream concern around the world.

These reports assess the scientific basis of climate change, its impacts and future risks, and options for adaptation and mitigation. They’re required to be policy-relevant yet policy-neutral. They contain findings, and state the confidence with which the finding is made, but do not recommend action.

The first assessment was completed in 1990, and found:

emissions resulting from human activities are substantially increasing the concentrations of […] carbon dioxide [and other greenhouse gases]. These increases will enhance the greenhouse effect, resulting on average in an additional warming of the Earth’s surface.

Since then, new assessment cycles have been completed every five to seven years.

The overall assessment — the Sixth Assessment Report — is divided into three main parts. Monday’s report is the first part – on the physical science basis for climate change – and was delayed by almost a year due to COVID restrictions.

The next two parts will be released in 2022. One will cover the impacts, adaptation and vulnerability of, for example, people, ecosystems, agriculture, cities, and more. The other will cover the economics and mitigation of climate change.

The Sixth Assessment Report will culminate in a synthesis report, combining the first three parts, in September 2022.

What will we learn?

The report will provide the most updated and comprehensive understanding of the climate system and climate change, both now and into the future. For that reason, it’s relevant to everyone: individuals, communities, businesses and all levels of government.

It will tell us how fast carbon dioxide emissions have been rising, and where they’re coming from. It’ll also tell us how global temperatures and rainfall patterns have changed, and how they are expected to change this century, with associated confidence levels.

Compared to the previous report in 2013, this report puts greater emphasis on regional climate change, on changes in extreme events, and how these events are linked to human-caused climate change.

This greater emphasis on extreme events at regional scales makes it even more important to policy makers and the public.

In recent months the world has watched in horror as heatwaves, bushfires and floods toppled homes and buildings, killing hundreds across China, Europe and North America. The report will help put disasters like these in the context of climate change, noting that similar events are expected to be more frequent and severe in a warming world.

The report also examines the effects of different levels of global warming, such as 1.5℃ and 2℃. It also looks at when such warming is likely to be reached.

Read more: 5 things to watch for in the latest IPCC report on climate science

Why should I trust it?

The scope of each IPCC report is prepared by scientists and approved by representatives of all governments. The 234 scientists who wrote the report are selected based on their expertise, and represent as many countries as possible.

The reports go through multiple stages of drafting and review. The first draft of the current report had more than 23,000 review comments from experts. Each comment received an individual response.

The second draft had more than 50,000 review comments from experts and governments, and these guided the preparation of the final draft.

You may be thinking that the IPCC reports should not be trusted because they involve government inputs and approval. However, this is probably one of their strengths. Involving government representatives ensures the reports are relevant to the policy interests of all governments.

Indeed, the multi-stage review and revision process used for the IPCC reports has been used as a model for international assessments of other scientific topics.

Can I read it?

The report will be released and free to read at 6pm Australian Eastern Standard time (10am Paris time) on Monday. But each chapter in the final report will be more than 100 pages long in a small font, so few people will read it all.

The most accessible part of the report is its Summary for Policymakers, aimed at a general readership and drafted by the expert authors.

The approval meeting for this report has been taking place over the last two weeks in Paris, as a video conference meeting of government representatives. The meeting approves each chapter, but most time is spent considering and approving the Summary for Policymakers.

Read more: Top climate scientist: I put myself through hell as an IPCC convening lead author, but it was worth it

Every line in this summary is considered separately, comments from government representatives are considered, and changes must be approved by consensus of all governments. Sometimes reaching consensus can take a long time.

It’s clear the IPCC brings the best of global science together. It’s vital that governments keep the findings of this report front of mind in their decision-making, if the world is to avoid the worst-case climate scenarios.