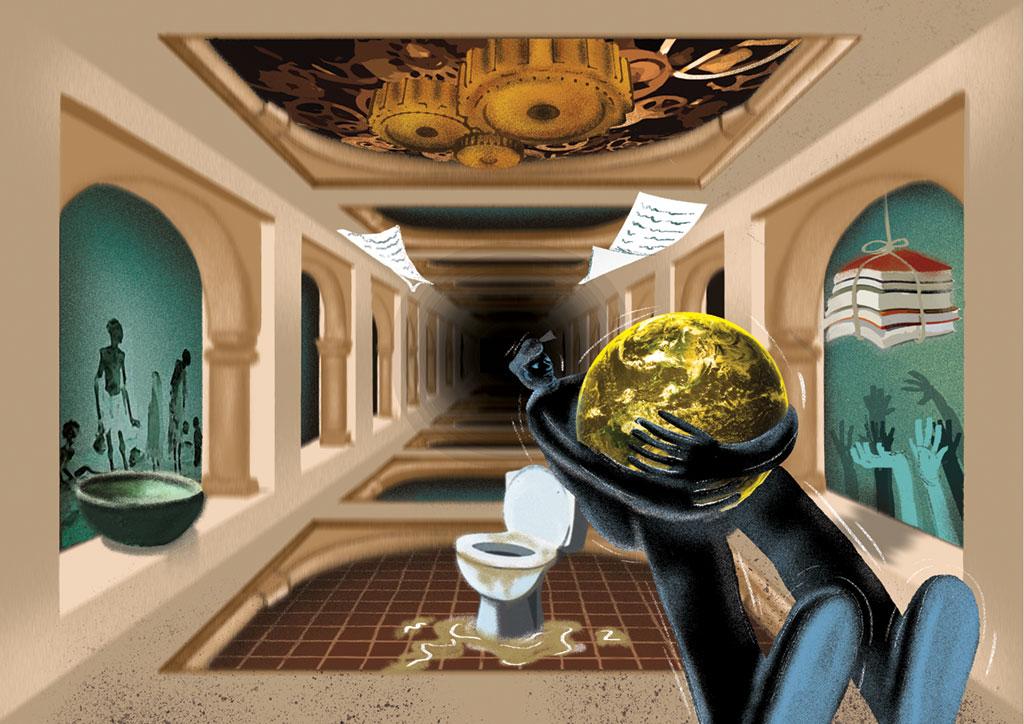 The Stockholm Declaration of 1972, adopted at the United Nations Conference on the Environment, was a seminal global accord for protecting the planet. While the action plan, whose golden jubilee is this year, did not address any issues specific to the Arctic or Antarctic, general measures outlined in the document aim to safeguard polar regions.

Antarctica, defined as all land and ice shelf south of 60°S, but not the surrounding waters, is regulated by the Antarctica Treaty System (ATS) ratified on December 1, 1959, which predates the 1972 Stockholm Declaration. This date is observed as Antarctica Day.

The treaty aims for peaceful exploration of the continent for science and prohibits military activity other than as support for research; free exchange of information and personnel with the UN and other international agencies; prohibits new territorial claims; disallows nuclear explosions or disposal of radioactive wastes; and gives treaty-state observers free access to all stations, premises and equipment.

Before this treaty was ratified, the United Kingdom, Norway, New Zealand, Chile, Argentina, Australia, and France had made territorial claims in Antarctica. Australia’s claim is the largest; almost half of the entire continent. By not signing the treaty, the United States, Russia, South Africa, Peru, and Brazil reserve the right to make territorial claims.

As of 2022, ATS has been signed by 53 countries. India signed it in 1983, attracting opposition within the country and from third-world nations that were initially against ATS for its rule of “no new territorial claims”. This rule means earlier claims by the rich nations must be respected by the signatories.

In a way, ATS is similar to the Nuclear Non-Proliferation Treaty: Both endorse privileges to “original” players in the field — wealthy imperialists — and can be termed vestiges of colonialism. Alvaro de Soto, a Peruvian diplomat, once stated ATS would enable the rich and powerful to turn Antarctica into “their private hunting grounds.”

The effects of global warming are becoming apparent in Antarctica, with rapid melting of glaciers, changes in plant distribution, and breaking of ice sheets. Occurrences of warm winds have intensified, increasingly forming massive sastrugi (wavelike ridges of snow, formed perpendicular to the wind direction).

East Antarctica is colder and more resilient to the effects of global warming than the western part. While scientific curiosity at East Antarctica looks back in time (Antarctic ice cores go back four billion years in the Earth’s climatic history, and the South Pole Telescope scans the space for radiations from the Big Bang almost 14 billion years ago), at the west it looks at the future.

Scientists have confirmed that the central-west region of the continent is the most-rapidly warming region; it has warmed 2.5 degrees Celsius since 1950, almost five times than the rest of the world. Some 87 per cent of glaciers in the Antarctic Peninsula are in retreat.

The sliding of ice streams — glaciers that are 50 km wide and up to 1 km thick that slide on the muddy base and drain the ice into the ocean — is accelerating. This could lead to a substantial rise in global sea level. The melting of Antarctica’s ice is so massive that the resulting mass imbalance has caused changes in the Earth’s gravitational forces, as detected by the Gravity Recovery and Climate Experiment, a joint mission of US space agency NASA and the German Aerospace Centre.

Since 1995, major ice shelves have been melting and breaking away, starting with the Larsen-A ice shelf that completely disintegrated due to global warming to the split of the gigantic Conger ice shelf in March this year. Perhaps this trend is a harbinger of the bleak future of this continent. Scientific consensus is that the next major geographic event will be the breaking of Antarctica.

“Greenification” of the continent is another significant concern; as Antarctica gets warmer, species distributed in temperate and sub-polar regions can be introduced here.

India’s scientific expedition to Antarctica began in 1981. It has two stations: Maitri (in an area claimed by Norway) and Bharati (under Australia’s claimed territory). Earlier this year, the Centre drafted the Antarctic Bill for governance of the stations.

Compared to Antarctica, India’s presence in the Arctic is more benign, with a small research base named Himadri in Norway. Since 2013, the country is also an observer to the Arctic Council, a forum of eight nations surrounding the Arctic.

The council came into existence in the 1996 Ottawa Convention, and its members are Canada, Denmark, Finland, Iceland, Norway, Russia, Sweden and the US. The Russia-Ukraine war has thrown the council’s future into uncertainty.

The effects of global warming are more prominent in the Arctic than Antarctica. This is because of the substantial northward alignment of continents, especially those emitting the most greenhouse gases (North America, Europe and Asia). This has two implications; first, the region gets heated up much faster than Antarctica, leading to accelerated glacial melting.

Changes in seawater temperature can directly affect the Arctic, where the sea ice is floating in the ocean; in Antarctica, ice sheets reside on rock beds at the bottom of the continent and are buffered from changes in seawater for at least a few years. Second, as continents surrounding the Arctic are heavily populated, anthropogenic pressure, including pollution and agricultural run-off, is far more significant here. Greenification is also predicted to be more pronounced; the Siberian tundra region is expected to become an epicentre of global agriculture for a brief period before it becomes too warm.

Additionally, there is also the so-called Arctic Haze, a brown haze visible in the spring. Studies have confirmed that it is caused by industrial activities in the Northern hemisphere — especially coal burning. A 2021 study by the Finnish Meteorological Institute also detected soot from India travelling to the Arctic. This soot can reduce the albedo effect of the snow, accelerating glacial melting. Estimates predict a grim future, with the Arctic’s summer sea ice completely disappearing by 2035.

To save the polar regions, urgent action in the form of a new global agreement is the only solution. A global effort is needed to minimise emissions and embrace sustainability. Countries should draft an Arctic Treaty System in line with its Antarctic counterpart. India can leverage its polar missions to promote international peace and science diplomacy. It can also control its pollution levels and prevent dust, soot that can migrate to the Arctic.

Felix Bast is a professor at the Central University of Punjab, Bathinda, and an expert panellist at the International Science Council, Paris. He served as an expedition scientist in India’s Antarctic Mission 2015-16